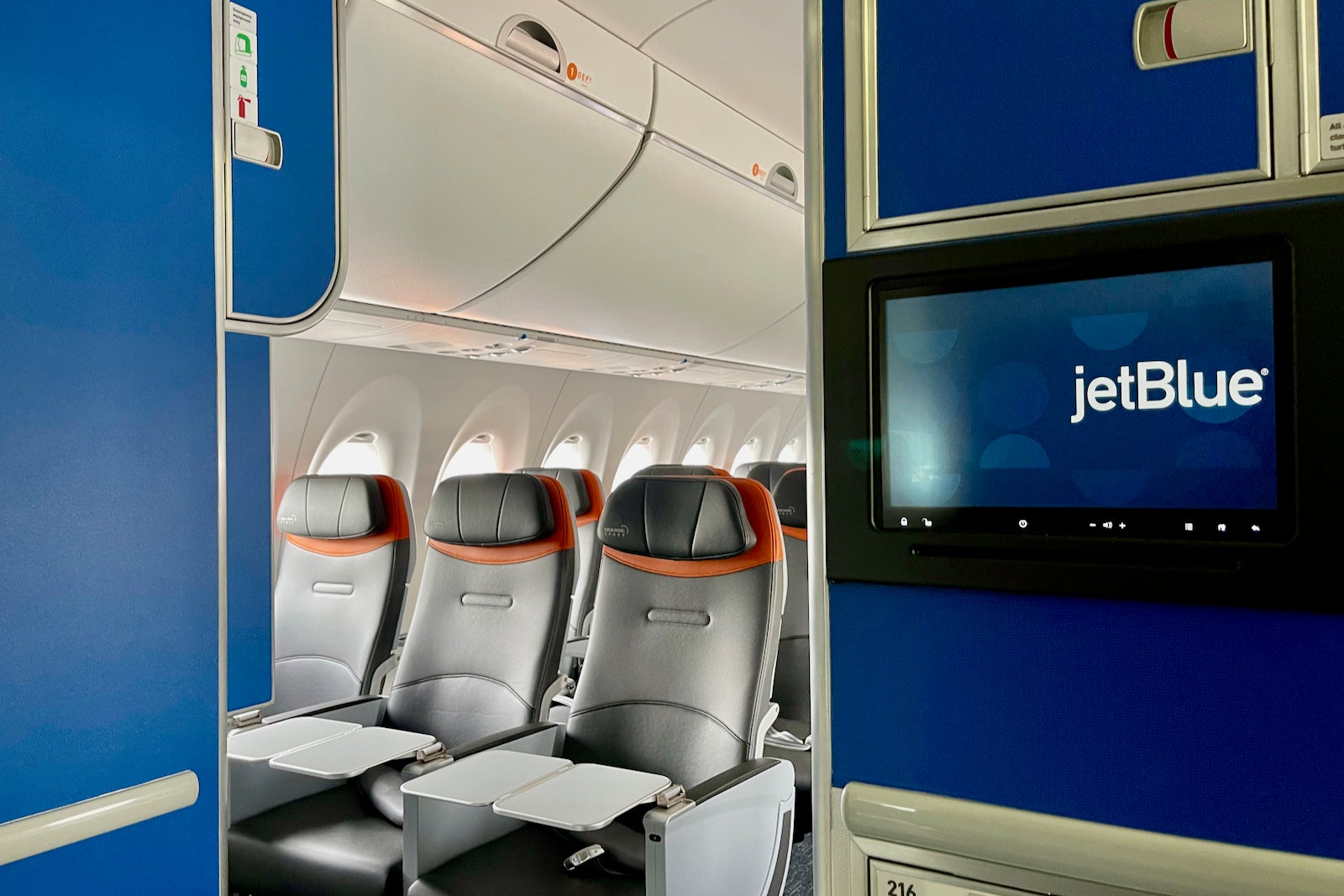 JetBlue Airways is making some pretty extensive cuts to its route network.

The New York-based carrier filed a massive schedule update over the weekend, which includes 37 route cuts, as first seen in Cirium schedules and later confirmed by an airline spokesperson.

These routes were previously scheduled to be flown later this year and into 2023. Many of them had already been suspended in previous months, but now are being removed from future schedules. Others, like Newark (EWR) to Aruba (AUA) and San Francisco (SFO), are new to the list.

The full list of cuts is at the bottom of this story, but the two airports hit hardest are Fort Lauderdale (FLL) and Newark (EWR).

The former is one of the airline’s biggest focus cities and has been especially resilient during the demand downturn associated with the pandemic.

Meanwhile, JetBlue has been trying to grow its operation in Newark in recent years to boost its New York City-area presence.

Now, both of these metro areas, along with some others, are going to see significant cuts from JetBlue.

In a statement confirming the move, JetBlue explains that these “continued suspensions” are designed to ensure operational reliability.

"To ensure continued operational reliability, we’re planning a schedule change for this fall and into 2023 that will extend some of the market suspensions we put in place earlier this year," the carrier said in the statement. "This summer has been more resilient because of the capacity pulldowns we put in place and we believe it’s prudent to plan similarly for next year. We’re getting ahead of it now to ease pressure on our Customer Support team and to offer more time for rebooking our customers. These suspensions are primarily in markets and airports that are especially challenging from an operational or ATC perspective."

While JetBlue is calling these cuts a “suspension,” the aforementioned routes have all been removed from future schedules, per Cirium data. Of course, it’s possible that these routes return at some point in the future, but for now, they’re gone.

Leading up to the summer, the airline’s on-time performance wasn’t especially impressive. JetBlue suffered from some major operational meltdowns, especially during periods of bad weather and frequent air traffic control delays. (Many of these problems have plagued the airline’s competitors, too.)

To stabilize the operation, JetBlue pulled down capacity by cutting routes and trimming frequencies in many markets for the busy summer season. By flying fewer flights, there’s more slack in the operation in case things go wrong.

Now, the airline says that these additional cuts are designed to ensure continued operational success this winter and beyond.

Perhaps most interesting is the big pulldown in the New York City area. Since early in the pandemic, JetBlue has been focused on growth in the Northeast region as part of its tie-up with American Airlines.

Under the so-called Northeast Alliance, both carriers have added new routes, boosted frequencies and started codesharing on hundreds of flights. With 17 of the cuts touching Newark, there now will be fewer flights available under the Northeast Alliance.

It’ll be interesting to follow what happens here, especially given that the tie-up has been under scrutiny from regulators, culminating in a September 2021 anti-trust lawsuit from the DOJ that’s scheduled to get its day in court in the coming weeks.

Of course, all of these cuts come just weeks after JetBlue won its proposed acquisition of Spirit Airlines. JetBlue says that the takeover — which still must be approved by regulators — will allow it to grow into the nation’s fifth-largest carrier and quickly expand in a way it couldn't have previously done on its own.

Some industry observers have questioned whether JetBlue can pull off such a massive integration, and this latest round of cuts designed to boost operational reliability might further strengthen those arguments.

Travelers with existing reservations for these affected routes will be reaccommodated on other JetBlue flights, or will be offered a full refund.

According to JetBlue, these cuts will be balanced by future growth that will be announced in the coming weeks and months.

The airline is slated to take delivery of additional Airbus A220 and Mint-equipped Airbus A321 aircraft shortly, which will help it grow “capacity (measured by available seat miles) in the mid- to high-single digits beyond where we are today,” JetBlue told TPG.

Related stories
United credit card holders: Earn bonus miles with the Mile Badge Game promotion
Register now: Choose how you earn bonus points with IHG One Rewards’ new promotion
Is the Marriott Bonvoy Brilliant Amex worth the $650 annual fee?
The best ways to travel to Japan with points and miles
Featured image by (Photo by Zach Griff/The Points Guy)
Editorial disclaimer: Opinions expressed here are the author’s alone, not those of any bank, credit card issuer, airline or hotel chain, and have not been reviewed, approved or otherwise endorsed by any of these entities.