Articles
Katherine Fan is a former senior travel features reporter at The Points Guy who covered everything from personal finance to travel and aviation.
June 26, 2018
•
4 min read 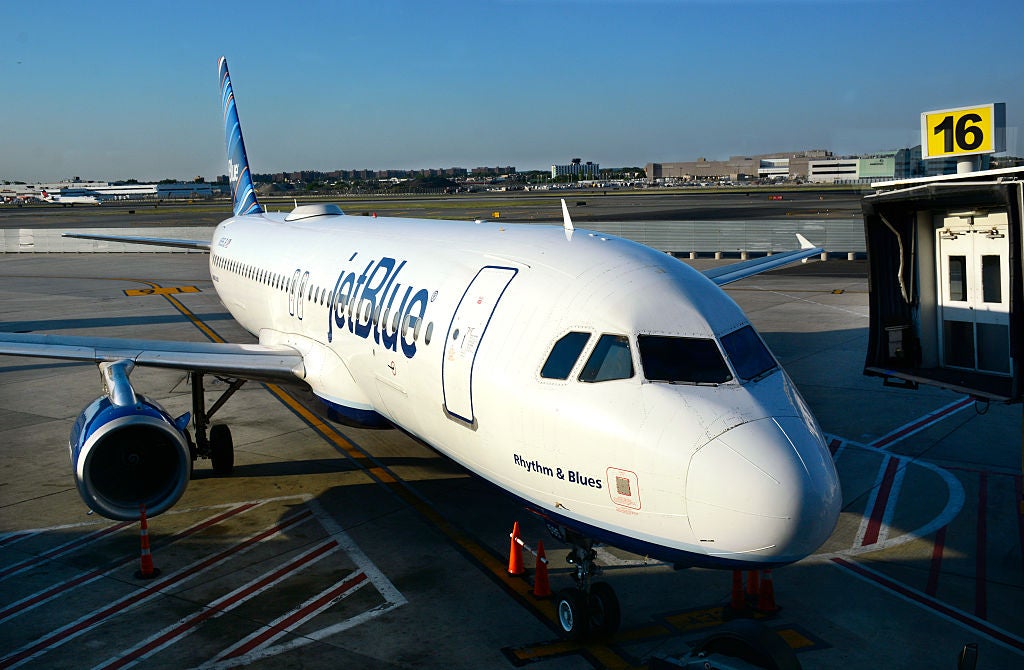 JetBlue Passenger Allegedly Groped By Son of Massachusetts Governor
This post contains references to products from one or more of our advertisers. We may receive compensation when you click on links to those products. Terms apply to the offers listed on this page. For an explanation of our Advertising Policy, visit this page.

One passenger on board the JetBlue flight told Boston law enforcement that she had seen Baker, 24, “lean over” in the woman's direction “a couple of times,” while another overheard the "visibly upset" woman tell Baker “don’t do that... don’t do that” before she got up and requested assistance from the flight attendants, according to a police report. Another witness, who asked to remain unnamed, told the Boston Globe that the woman was “explicitly and firmly telling him to stop" loudly enough for nearby passengers to hear, and that Baker was alert and had a conversation with the flight attendant after the woman switched seats.

The report states that Baker told law enforcement officials at Logan International Airport (BOS) that he was not on any type of medication. Baker also stated that he had ordered two glasses of wine in Washington prior to his flight, but hadn't finished the second glass. Flight crew said that Baker did not consume any alcohol on board the plane. After being escorted from the plane by Massachusetts state police upon arriving at Logan, the report states that Baker told a police officer that he "did not know what was going on," and claimed he had been asleep during the entire flight. The trooper did not detain Baker for further questioning, and asked him to "leave the airport before the woman because she 'was still very upset,'" according to the Boston Globe, after which Baker again asked "what was going to happen."

The captain of Flight 1354 told Boston police that he considered diverting the flight to New York (JFK), but decided not to do so after realizing that Boston was the same distance away.

“Look, I love my son,” Massachusetts Governor Charlie Baker said Monday during a brief press briefing, “but obviously these allegations are serious, and they require an independent review. A.J. will cooperate with that, and I fully support that,” he said. The governor, who pledged that state resources would not be involved, has directed all inquiries to the US Attorney’s office, which is handling the investigation. Baker again referenced the investigation Tuesday after speaking at an unrelated event, saying that "the incident requires a fair and thorough review.”

The allegations against Baker are just the latest incident in a recent slew of high-profile assaults against passengers and flight attendants reported within the past few years. Just hours before Baker's alleged assault, the Federal Bureau of Investigation (FBI) hosted a public briefing at nearby Baltimore-Washington International Airport (BWI) to announce that cases of in-flight sexual assault have been increasing at an "alarming rate." Several high-profile cases in recent years include tech CEO Randi Zuckerberg, who made headlines in 2016 for publicly calling out a fellow passenger who molested her on an Alaska Airlines flight. Delta passenger Allison Dvaladze sued the airline for its "anemic response" after her seatmate repeatedly assaulted her on an international flight in 2016, while another former Delta passenger sued the carrier because when she reported a passenger who had repeatedly groped her, a flight attendant refused to intervene because the man held elite status with the airline.