In Memphis, the National Civil Rights Museum honors a tragedy — and highlights an icon of Mid-century travel

Articles
Laura Motta comes to The Points Guy as Editorial Director after leading content teams at ShermansTravel for nine years. Before that, she held positions at Travelzoo, iVillage and EverydayHealth, and lived in Paris.
Jan. 17, 2022
•
7 min read 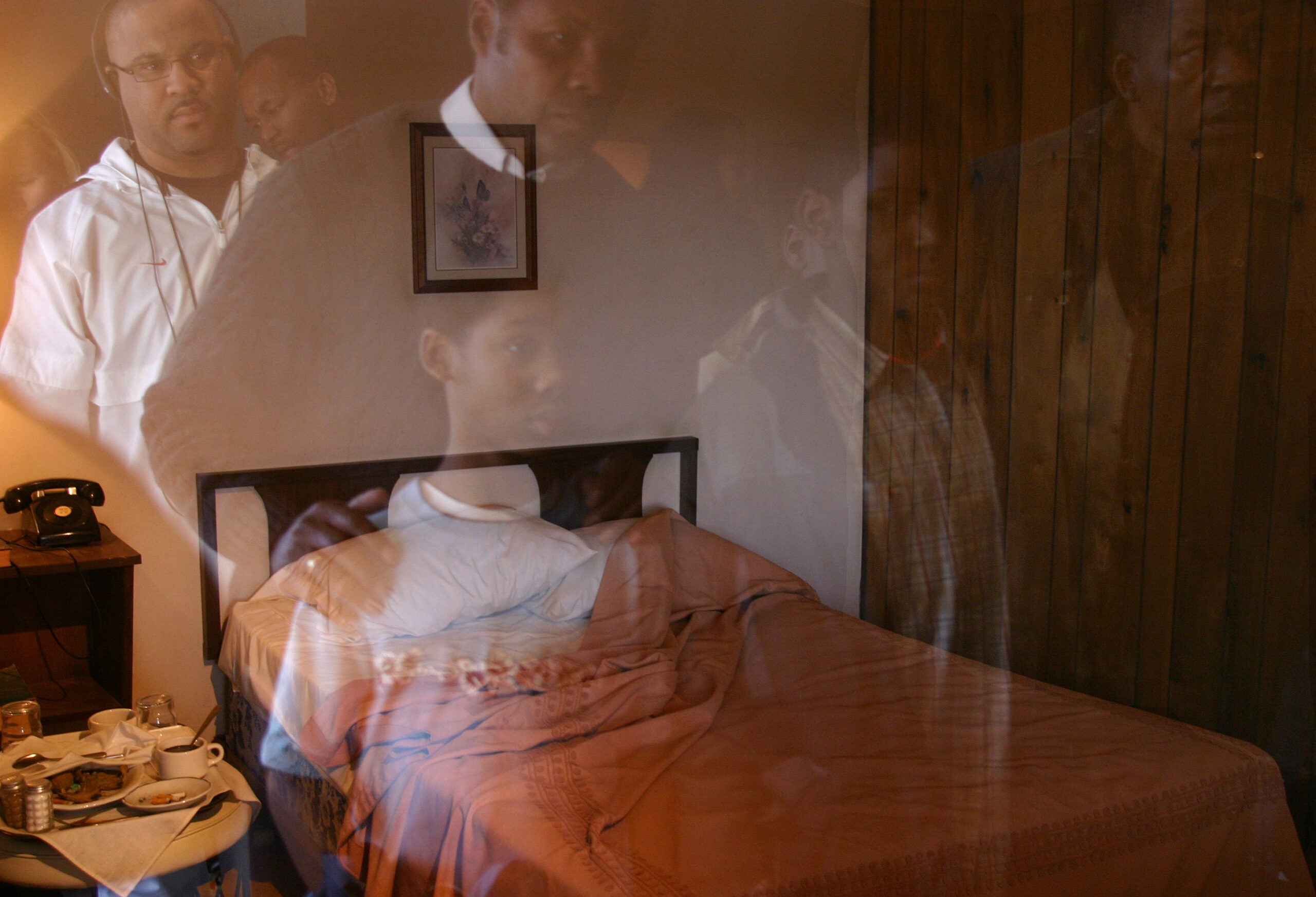 This post has been updated. It was originally published in January of 2021.

Graceland, Beale Street and barbecue. They form the holy trinity of any trip to Memphis. But amidst -all the music, neon-lit nightlife, and a food scene rife with both unforgettable classics and exciting new restaurants, there is another must-see sight here.

The National Civil Rights Museum, situated downtown just a few blocks from the banks of the Mississippi, is more than just a collection of exhibits that harken back to another time. It is situated in what was formerly the Lorraine Motel, the place where Dr. Martin Luther King, Jr. was assassinated on April 4, 1968, on the balcony outside of his room.

The building stands as a monument to his memory, and the long struggle for the equal rights of Black Americans. It is also an icon of travel history and Mid-century style, and an homage to the joy and freedom of hitting the road.

As TPG commemorates King’s birthday, let’s take a look at this incredible museum and memorial site.

What you’ll see on an in-person visit

As you approach the National Civil Rights Museum, you’ll feel like you’ve stepped out of time. The facade of the Lorraine Motel is intact, and looks very much today like it would have shortly after King’s assassination. The motel’s geometric neon sign still flickers on each night, and a line of vintage cars parked out front show visitors what the property would have looked like in its heyday when it hosted not just King, but a long list of Black celebrities. A wreath on the balcony marks the spot where King was killed, but also harkens back to the memorial of wreaths and flowers that mourners laid in the following days.

“We’re not just a museum. We’re a place where history happened. There is something that happens when you come on this campus, when you see the balcony of room 306 and what sacrifices were made, and what good work regular people did to create change in this country,” says Dr. Noelle Trent, the museum’s Director of Interpretation, Collections and Education.

The interior of the Lorraine Motel is now the museum, and exhibit spaces cover the earliest days of Black slavery in North America, through reconstruction and the civil rights movement of the 1960s, to the challenges that continue to face Black Americans today. The interior of room 306 has been reconstructed to look exactly as it would have on the morning of King’s assassination. A newspaper sits on the bed. A room service breakfast has been laid out, complete with an open milk carton. A full ashtray sits beside it. The effect is eerie and arresting — and creates the impression that King has just stepped out of the room and onto the balcony.

A second building across the street, formerly a boarding house, is dedicated exclusively to the King assassination and delves into the event in detail. It was from here that James Early Ray is thought to have fired the fatal shots. Like the Lorraine Motel, some rooms in this building are preserved to show how they would have looked on that April morning in 1968. In the adjacent galleries, exhaustive timelines detail the progress of the investigation, while cases display a set of riveting artifacts — including the rifle that was used in the assassination.

When I visited the museum in 2018, I planned to spend an hour or two here. I stayed nearly the entire day.

Important travel history within its walls

In the years before the King assassination, the Lorraine Motel was famous in its own right. Black-owned, upscale and situated near the legendary Stax Records — the label that recorded Aretha Franklin, Otis Redding and Wilson Pickett — it was a magnet for Black celebrities that traveled through Memphis. Baseball players Jackie Robinson and Satchel Paige stayed here, and Wilson Pickett’s song “The Midnight Hour,” and Eddie Floyd’s “Knock on Wood” were both written within its walls.

“This is a place that had a lot of energy to it,” says Trent. “That story gets lost in the story about the assassination. It was a tragic moment, but before that, this hotel hosted a community and a culture. It was one of the few hotels in the city of Memphis that allowed integrated groups to stay.”

It wasn’t uncommon in those days, she says, to see Isaac Hayes and Booker T. and the MGs hanging out by the pool. By 1964, the property had air conditioning — an important amenity in a city known for searing summer heat and soupy humidity.

The motel’s popularity was cemented by its listing in the Negro Motorist Green Guide in the 1950s. This guide, published annually from 1936-1966 listed safe and high-quality places for Black Americans to stay and eat as they road-tripped throughout the country, and even into the Caribbean, Mexico, Canada and Bermuda.

It was the era of the automobile and the beginning of hotel/motel chains like the Holiday Inn, which was also founded in Memphis in 1952. But it was also the era of Jim Crow laws and racial segregation in the American South, and less concretely defined racism and exclusion in other parts of the United States. The Green Guide paved a safe path, but also highlighted the best places to visit, entry times and fees and directed readers to nearby gas stations and even beauty parlors.

The Lorraine Motel is one of the few Green Book-listed sites still in existence.

The National Civil Rights Museum is open and visitors are required to wear masks and practice social distancing and safety guidelines. The museum is closed on Tuesdays and Wednesdays.

Dr. Martin Luther King, Jr. Day will be celebrated as a hybrid event on Monday, January 17. There is an in-person event with limited capacity and a virtual presentation from 8:00 a.m. to 6:00 p.m. (CST). The programs will include musical performances and recorded speeches by Dr. King. The event can be streamed for free with registration on the museum’s website here or you can visit the museum in person with an online reservation, if available.