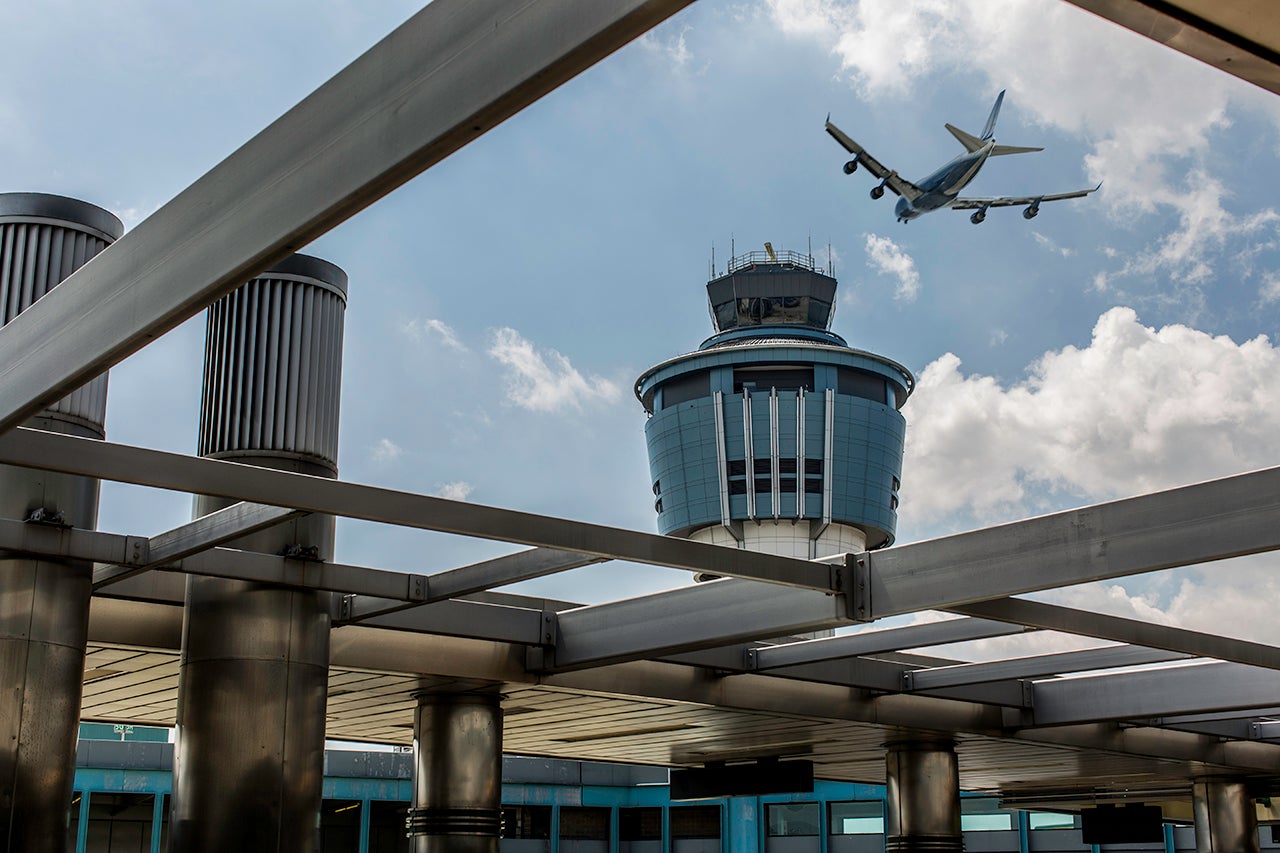 Activists and Airlines Have Different Versions of What's Happening With Immigrant Children
This post contains references to products from one or more of our advertisers. We may receive compensation when you click on links to those products. Terms apply to the offers listed on this page. For an explanation of our Advertising Policy, visit this page.

"American Airlines and the airlines made an announcement that they would not be transporting immigrant children, but in fact airlines like American completely lied about their statement," Cristina Jimenez, executive director of United We Dream, said in a conference call with reporters Thursday afternoon. "The children we saw yesterday were coming off an American Airlines flight, and we believe it's critical that the companies and every person of conscience take a stand and not enable Trump's deportation force."

Jimenez was referring to being on hand when hundreds of protesters greeted an AA flight that landed at LaGuardia Airport (LGA) from Dallas/Fort Worth (DFW) with what they said was a group of children separated from their parents under the Trump administration's "zero tolerance" policy on immigration. One of the flight attendants on the flight told The New York Times that the federal government had been dishonest to the airline and crew about the children's identities — even though the airline has asked not to be used to transport such children, and despite the fact President Trump signed an executive order Wednesday ending the practice.

“They lied to us,” an obviously upset flight attendant told the Times.

AA spokesman Ross Feinstein responded to Jimenez's comment by saying the airline had been told the children on Flight 2176 were being reunited with, not separated from, family members.

"Yesterday, a customer publicized what they assumed was a group of separated children who were being transported on one of our aircraft," he said in an email. "This claim deeply concerned our team members and customers. We have been assured by the escorts of this specific group, and further confirmed by US Immigration and Customs Enforcement, that these individuals are being reunited with family members who live in the United States."

Feinstein told the Times that the airline had delayed the flight by 33 minutes in Texas, waiting for assurances from the government that the passengers hadn't been taken away from their parents before taking off.

US airlines regularly fly passengers for the federal government under a lowest-fare program, but aren't necessarily informed who they're transporting or why. It's not clear what recourse an airline has if the government decides to use an airline that asked not to take part in the administration's immigration policies but doesn't tell the airline who's flying, or simply lies about it.

Jimenez said what she saw didn't look like children being taken back to their families.

"This children looked terrified, without knowing where they were going," she said. "Last night, hundreds of people showed up at LaGuardia and saw the desperation that people across the country are feeling at the brutality of Trump's policy .... He's been using children to terrorize [immigrant] communities."

Jimenez told the Times that one of the flight attendants on the flight tried to get a secret message to one of the children, asking their names and parents' names.

AA Flight 2176 left Dallas/Fort Worth Airport late at 4:03pm and landed at LGA at 8:27pm, unloading its passengers at Terminal B, Gate D10. At some point on the flight, a passenger notified immigrants-rights groups, who quickly organized a rally. When Flight 2176's passengers disembarked, they — including seven boys in identical dark hoodies carrying government-issued bags — were greeted by some 200 protesters carrying signs in Spanish with supportive messages for the children like, "Te amamos" ("We love you").

"One of the reasons we mobilized to LaGuardia last night was to let them know that they're welcome here and we're fighting for them to be reunited with their families and released from their detention centers," Yatziri Tovar, spokeswoman for the immigrants-rights group Make the Road New York, said in a telephone interview.

Spirit Airlines pointed out that it has no federal contracts to transport passengers, but that it stood by its previous statement.

"While we acknowledge a reversal in federal policy, Spirit Airlines’ policy has remained the same," spokesman Derek Dombrowski said in an email. "We will not knowingly participate in transporting immigrant children away from their parents and families. Our mission is to bring friends and families together."

Southwest Airlines said in an email that, "[w]hile we do not have evidence that tickets purchased for Southwest flights have been utilized to transport detained children, we do not wish to have involvement in the process of separating children from their parents. Therefore, we appeal to anyone making those types of travel decisions not to utilize Southwest Airlines. We are a company founded on love, and we want to connect people to what’s important in their lives, not disconnect them."

A United spokesman referred queries back to its statement from Wednesday about asking not to participate in the government policy. Other airlines did not respond to requests for comment in time for publication.

Spokespeople for the Department of Homeland Security and the Department of Health and Human Services, which is in charge of the separated children's care, did not respond to interview requests by time of publication, though a spokeswoman pointed out that 80% of the children in DHS and HHS custody arrived at the border unaccompanied.

What happened at LGA wasn't the only sign that there's still no clear answer about the fates of the more than 2,300 immigrant children detained and separated from their families by the federal government. Around 1:30pm on Wednesday, before Trump's executive order, Michael Avenatti, best known as the lawyer for porn star and alleged former Trump mistress Stormy Daniels, tweeted a photo of what appeared to be immigrant children waiting to fly from McAllen Miller Airport (MFE) to DFW. In New York's East Harlem neighborhood earlier that day, local news filmed more children being taken to a foster care agency that Mayor Bill de Blasio and Gov. Andrew Cuomo later confirmed housed 239 of the detained and separated children.

Indeed, the Department of Homeland Security itself seemed uncertain about whether it would reunite the currently held children with their parents: A spokesman for the Department of Health and Human Services’ Administration for Children and Families said the executive order didn't change anything about how the children would be handled, but another ACF spokesman later said the first spokesman "misspoke."

"It is still very early and we are awaiting further guidance on the matter," Brian Marriott, senior director of communications, said.

The confusion grew even deeper later Thursday, with conflicting reports from the government that it would — or maybe wouldn't — stop prosecuting parents who crossed into the US illegally with their children, effectively putting a hold on Trump's "zero tolerance" immigration policy.

Nearly 2,400 children who crossed illegally into the US in May and June have been separated from their parents or guardians, a part of the new Trump administration "zero tolerance" immigration policy that Attorney General Jeff Sessions made public on May 7. Many of them, including infants, have been placed in detention camps around the country.

On Wednesday afternoon, amid an overwhelming backlash, the president signed an executive order reversing his administration's previous directive about separating migrant children from their parents. Children and parents will now be detained together under the newest order, though Trump vowed to continue to "have zero tolerance for people that enter our country illegally."