Articles
Katherine Fan is a former senior travel features reporter at The Points Guy who covered everything from personal finance to travel and aviation.
May 04, 2018
•
3 min read 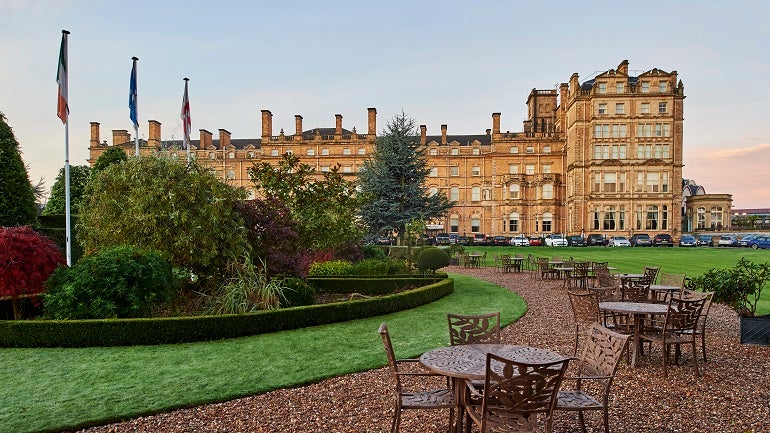 IHG Will Add 13 UK Upscale Hotels Under IHG and Kimpton Brands
This post contains references to products from one or more of our advertisers. We may receive compensation when you click on links to those products. Terms apply to the offers listed on this page. For an explanation of our Advertising Policy, visit this page.

InterContinental Hotels Group announced Thursday that it will add 13 UK hotels to the Kimpton and IHG brands.

The conditional agreement between IHG and French real estate investor Foncière des Régions (FdR) will rebrand the 13 properties under the IHG umbrella over the next two years, pushing IHG's total number of hotel rooms in the UK past the 2,000.

But IHG isn't purchasing the hotels outright. Instead, the company will operate the UK hotels under long-term “managed leases” as part of the brand's luxury and upscale portfolio, with all revenue and profits going to IHG. IHG expects to generate $275 million in revenue and operating profit from these 13 hotels by 2023, with each hotel contributing an annual amount toward maintenance for that property.

This rebrand will also launch the Kimpton boutique brand in major UK cities including London, Manchester and Edinburgh.“Bringing Kimpton to such an important market as the UK is a key part of our plans," IHG CEO Keith Barr said. The Kimpton expansion is part of IHG's plan for the brand's global growth, which began last October 2017 with an initial launch in Asia.

These 12 hotels under the Principal and De Vere brands are already in operation, while The Grand Birmingham is undergoing renovations to restore the historic building for reopening in 2019.

If all goes as planned, IHG expects to complete the transaction by Q2 or Q3 2018, with the new leasing standard effective January 1, 2019.

This is exciting news for IHG loyalists — hopefully the hotel rebranding will take place soon enough for travelers hoping to use uncapped free night certificates, which we just learned will be issued to IHG Rewards Club Select Card holders through May 1, 2019. Given that these are luxury properties, it's safe to assume at least several of them will cost more than 40,000 points per night.

In the same press release, IHG also announced a new upscale hotel brand which will be introduced later in 2018. Some of the company's newer hotel additions will be branded under this new portfolio:

The brand, principally focused on conversion opportunities, will capitalize on the significant opportunity IHG has identified to offer consumers an informal but differentiated experience in the upscale segment, whilst offering owners a strong return on investment. These hotels will provide high-quality representation for the brand in IHG’s largest market within the Europe, Middle East, Asia & Africa (EMEAA) region, where it will initially be launched.