6 Icelandic Islands You Probably Haven’t Heard of Yet 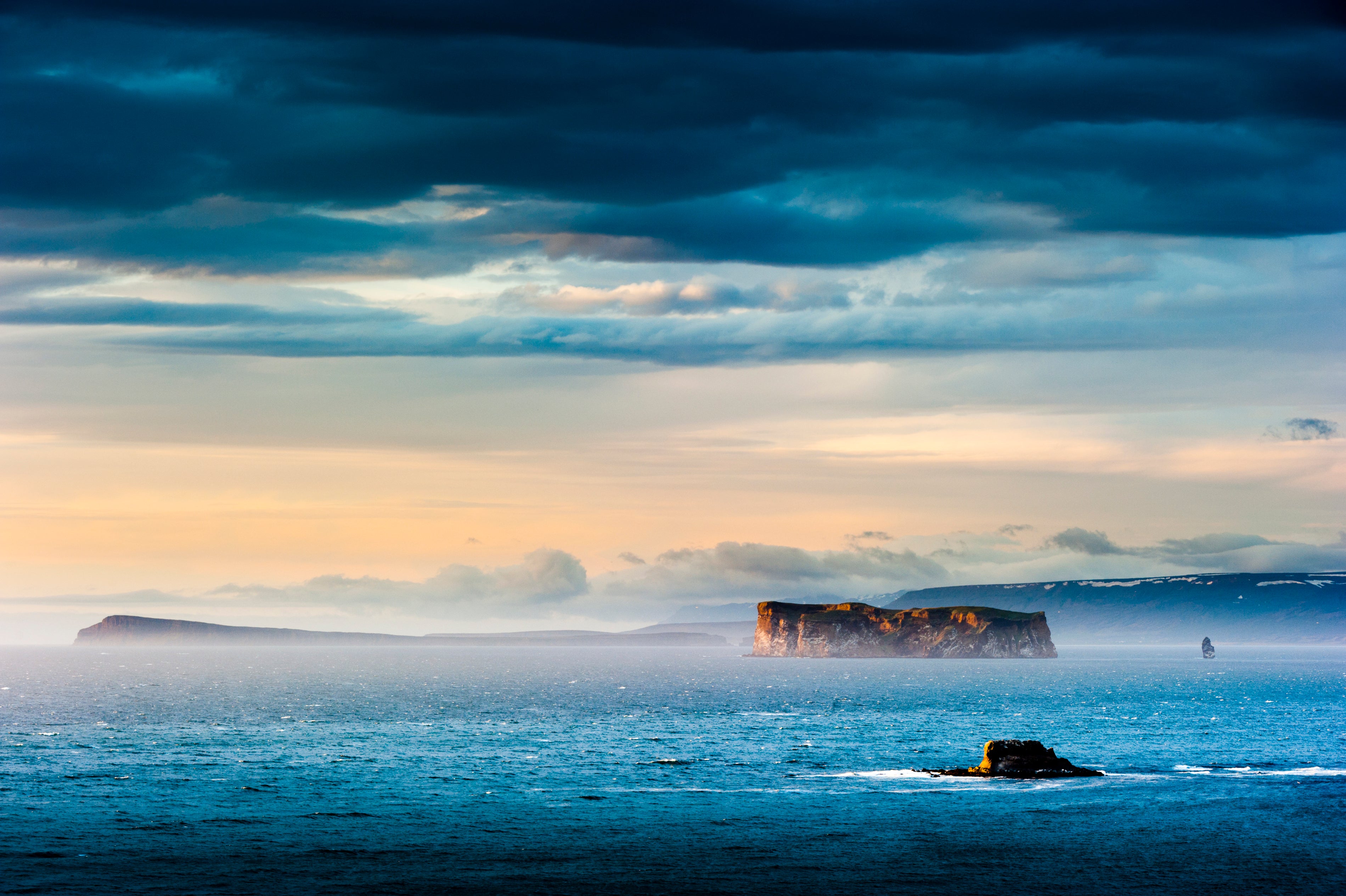 Iceland isn’t just waterfalls, geysers, hot springs and whale watching (although those are all great things to do there). Take a quick trip from Iceland’s mainland and you’ll find a flurry of stunning, smaller islands that will have you exploring the country in a new way.

From the Westman Islands — a veritable puffin hotspot — and a town covered in volcanic ash to a rare island-within-an-island, the secrets of the Land of Fire and Ice continue to unveil themselves off the coast.

Hopping on a ferry and venturing offshore is an especially rewarding way to discover Iceland's lesser-known corners. Before you book your next cheap flight to Iceland, consider working these six little-known Icelandic islands into your itinerary.

Serious hikers should head to Drangey Island, off the north coast of Iceland. You can spot this steep island — which has a special role in the Icelandic sagas — from the viewpoints of the Skagafjörður fjord. Legend has it, Viking Grettir the Strong lived on the island in exile.

Take a boat tour from Reykir harbor, where you’ll spot rare seabirds including puffins, gannets, fulmars, shearwaters and more. Once on the island, there’s a path that will take you to the top and closer to the puffins, which are known to hang out mere feet from the walking path. The boat tours are offered only between late May and late August.

Chances are you haven’t heard of Viðey Island, but the name Yoko Ono might be more familiar. Head to this island by way of ferry from Reykjavík and you’ll find a secluded world of contemporary art, along with pretty incredible views. Yoko Ono’s Imagine Peace Tower is located here, along with a piece called "Milestones" by American sculptor Richard Serra.

The surrounding area offers unusual vistas of mainland Iceland, as well as the coastline of the Snæfellsness Peninsula to the west. Once you’re done checking out the art, there’s plenty of hiking and whale watching to be enjoyed along the shore.

Flatey is actually the largest of a cluster of 40 islands along the northwestern coast of Iceland. To get there, you can take the Ferry Baldur from Stykkishólmur in Snæfellsnes across the shallow Breiðafjörður Bay to Flatey. There’s only one hotel on the island — and it does close down during the winter months — so make sure and plan ahead if you intend on spending the night.

There are no cars allowed on the island, which only adds to its tranquil vibe. The homes in the main village have been around for decades and deliver the same colorful palette you’ll spot on the mainland. This is also a great place for bird enthusiasts.

Many associate Iceland with the Arctic Circle, given its unpredictable weather and cool year-round temperatures. But there’s only one place in Iceland that’s technically within the Arctic Circle: Grímsey Island. You can get here by boat or plane from Akureyri (the second-most populated city behind Reykjavík, it's also known as Iceland’s capital of the north).

Grímsey Island is approximately 25 miles off the coast of Iceland and is inhabited by a number of fishermen. If you’re hunting the midnight sun, this is the spot to do it: during the summer until late July, the sun is up for 24 hours. This is also when you’ll experience the true breadth of this island’s seabird population. During the winter, they stick to the sea.

Heimaey is the largest in a set of islands comprising the Vestmannaeyjar archipelago, home to the largest Atlantic puffin colony in the world and where more than 1.1 million puffins lay their eggs every summer.

The main island, Heimaey, is home to around 4,200 people. And if you spend the night here in August or September, you may even have the chance to help baby puffins on their migratory journey.

Puffin chicks (also known as pufflings) are known to fly into town late in the night. Residents collect the stranded pufflings and return them to the ocean during the day. Participate, and then add “stand-in puffin parent” to your resume.

Compared to the other scenic stops on this list, Heimaey is more of a history lesson. This tiny island — it’s only about five square miles — was covered in volcanic ash after the Eldfell volcano erupted on the island in January 1973. Today, people have homes in Vestmannaeyjar, but the museum is what brings travelers across the bay.

Eldheimar, which translates to “Worlds of Fire,” is an eerie preservation of what life was like in 1973 the day the eruption occurred. The lava and ash preserved many of the abandoned homes, and the museum now features a cottage you can visit showcasing this standstill.

This island is completely different from the others on this list, in that it’s actually located within the mainland. Traustsholtshólmi was formed in 1676 after a series of floods surrounded this small area of land.

Today, you can stay in a traditional Mongolian yurt owned by a local who has lived on the island for most of his life.

During your visit, can also help catch your own meal, if you’re so inclined. You’ll head out to the nearby Þjórsá River to catch fish with your host, Hákon, and his sheepdog, Skuggi.

Related stories
Don’t forget: You have one month to use up your Uber Rewards points
You can earn Southwest points with the Rapid Rewards Dining program: Here's how
Fly premium economy to Istanbul starting under $1,000
Now live: Chase Freedom cardholders can earn 5% back on PayPal and Walmart purchases this quarter
Featured image by Getty Images