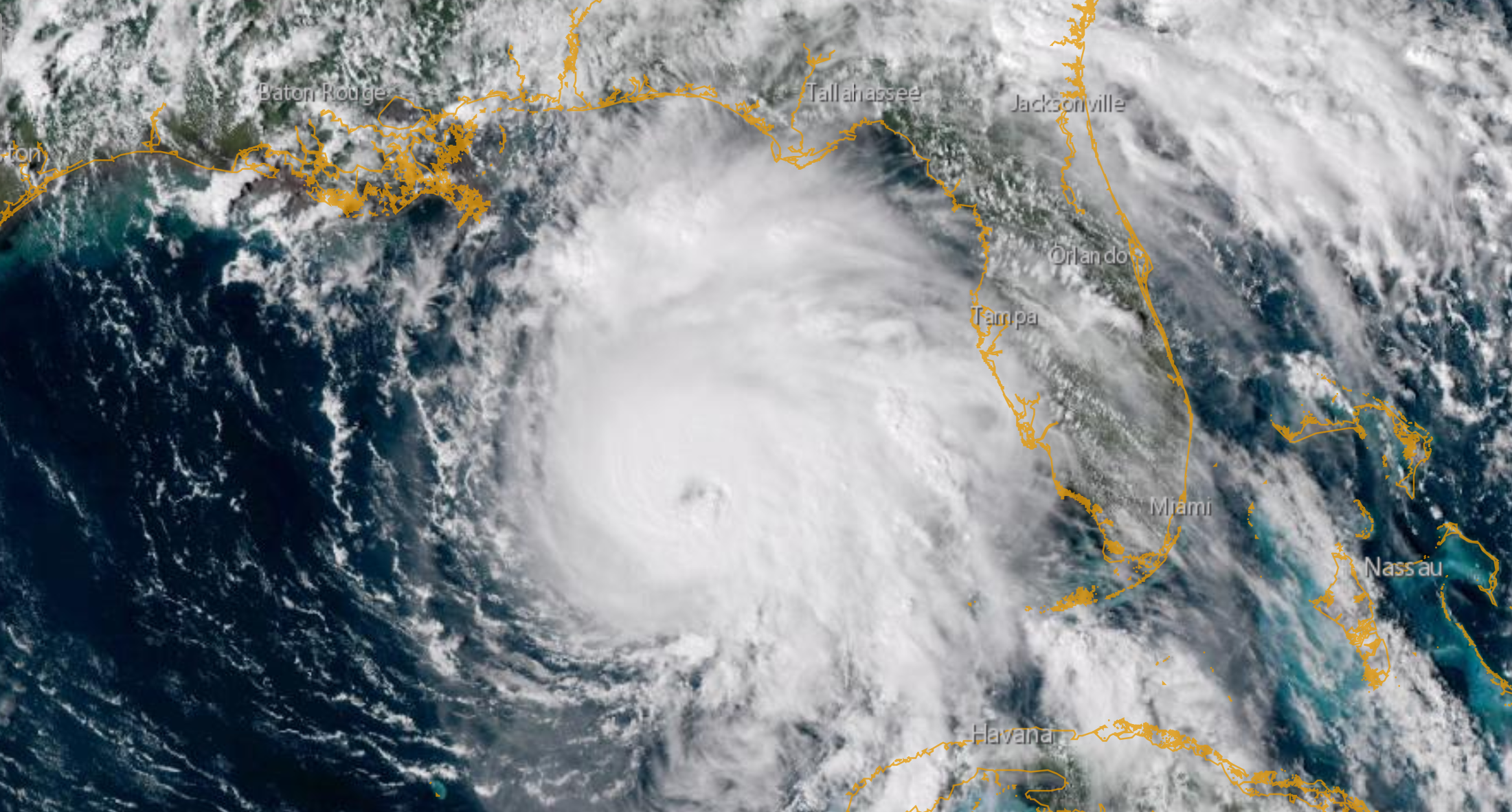 In just more than two days, a storm named Michael rapidly intensified from a tropical depression to a major hurricane packing 120mph top sustained winds. Currently, Hurricane Michael is forecast to become just the third major hurricane to make landfall in the continental US in the past 13 years when it makes landfall Wednesday afternoon.

As of the 5pm ET National Hurricane Center advisory, the hurricane is expected to strengthen further and make landfall as a strong Category 3 hurricane with 125mph top sustained winds. The storm's minimum pressure is currently 957 millibars, meaning the hurricane is even more intense than 2016's Hurricane Matthew at the time of its landfall on the US.

The hurricane's raw power and rapid strengthening is clear from recent satellite data:

While the Category 3 winds are likely to cause widespread damage, Hurricane Michael's most destructive force is likely to be its life-threatening storm surge. The shaping of the Florida coast means water is being funneled into the Big Bend of Florida. The worst storm surge is expected between Mexico Beach and Keaton Beach, where 9 to 13 feet of flooding is possible.

Water levels are already rising in these areas and will continue to rise well in advance of the center of Michael. The observed tides in multiple parts of the Florida Gulf Coast are currently reading more than two feet higher than the predicted tide level:

While the main flooding threat from Hurricane Michael is going to be from storm surge, there's also potential for damaging flash flooding from the powerful hurricane's rain. A total of 6-10 inches of rain are expected across much of the Southeast. Unfortunately, due to the hurricane's quick forward momentum, some of the areas hard hit by Hurricane Florence are expected to get another round of heavy rains on top of already-saturated ground.

Although the main disruption to flights will come later this week, hundreds of flights have already been cancelled ahead of Hurricane Michael. FlightAware's cancellation tracker counts 153 flights have been cancelled Wednesday and another 16 on Thursday. Here's the total number of cancellations for Tuesday-Thursday for airports in the path of the storm:

There are a number of closures occurring in anticipation of the storm's arrival — including beaches, schools and universities. There are four airports primarily in the crosshairs of Hurricane Michael:

Due to the storm's quick movement — and the location of major airports along the predicted path — widespread travel disruptions are possible for Wednesday and Thursday. Thankfully, many airlines have waivers to allow travelers the chance to rebook out of the path of the storm. The following 23 airports are covered by at least one of these waivers:

As of 5:00pm ET, the following airlines have issued waivers for Hurricane Michael: