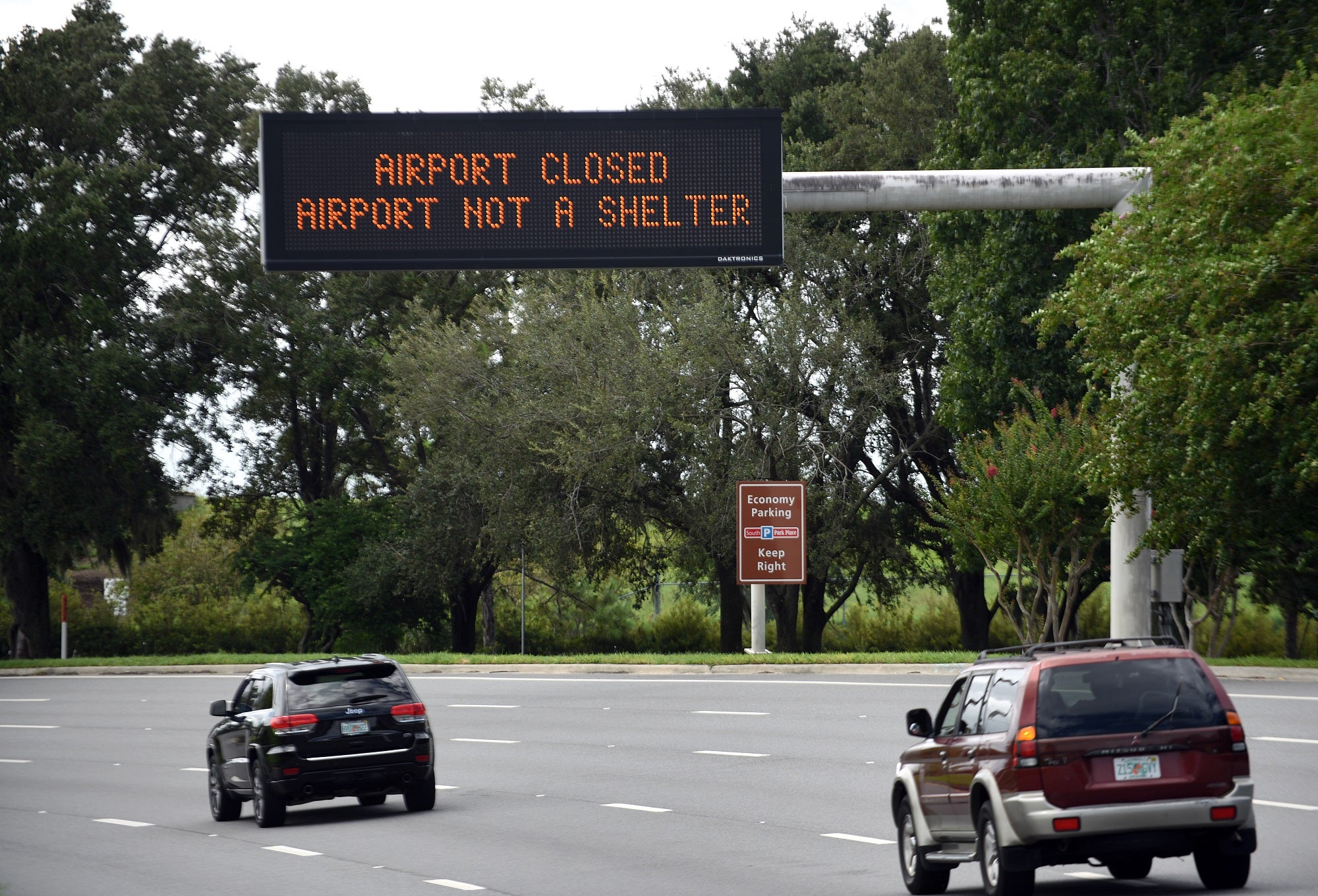 Hurricane Dorian nears landfall on South Carolina coast, watches now extend to Cape Cod
This post contains references to products from one or more of our advertisers. We may receive compensation when you click on links to those products. Terms apply to the offers listed on this page. For an explanation of our Advertising Policy, visit this page.

Hurricane Dorian is currently nearing the South Carolina coast, packing 110-mph winds and a strong storm surge. Multiple South Carolina and North Carolina airports have shut down due to the storm and some airports in Florida and the Bahamas remain closed. Thousands of flights have already been cancelled and more are expected as Dorian scrapes along the Carolina coast.

Here's the latest on Hurricane Dorian and how it's affecting travelers:

As of the 11 a.m. Thursday Sept. 5 National Hurricane Center update, Hurricane Dorian is a Category 2 hurricane with top sustained wind speeds of 110 mph. The center of the storm is located just 50 miles from Charleston and is expected to nearly make landfall on the Carolina coast:

Gradual weakening is expected over the next 24 hours, but the storm is still expected to be a Category 2 hurricane as it crawls along the Carolina coast. Dorian is expected to remain a hurricane through Sunday as it passes close to the Northeast Coast -- where tropical storm watches have been issued.

Charleston International Airport (CHS) was the first US airport outside of Florida to announce its closure for Hurricane Dorian. The airport closed to all flights at 3 p.m. local time on Wednesday Sept. 4:

According to the 11 a.m. National Hurricane Center update, the probability of tropical storm winds and most likely arrival of these winds are as follows:

Through midday Tuesday, there were already over 3,000 flight cancellations across just six Florida airports due to Hurricane Dorian.

American Airlines has cancelled at least 982 flights due to Hurricane Dorian -- including 200 on Monday, 350 on Tuesday, 220 on Wednesday and 170 so far on Thursday

Although it’s generally held off cancelling flights until the last minute, Delta has now cancelled more than 500 flights "due to airport closures and resources in parts of coastal Florida, Georgia and South Carolina."

American Airlines and Delta are both waiving checked-bag and pet fees for certain airports covered by travel waivers. Southwest is also waiving pet fees, but already doesn't charge for up to two checked bags.

American Airlines is waiving fees for two checked bags and in-cabin pets for flights to/from all cities covered under the travel alert in Florida, Georgia, North Carolina and South Carolina. These fees are waived through Sept. 7.

Most US airlines have issued weather advisories for Georgia, South Carolina and North Carolina, allowing flexible travelers the chance to rebook away from the storm. Current waivers cover 28 airports on the US Southeast Coast and three airports in the Bahamas.

Here are the latest waivers: