What It's Like to Fly With a Six-Figure Musical Instrument

Articles
Katherine Fan is a former senior travel features reporter at The Points Guy who covered everything from personal finance to travel and aviation.
June 03, 2018
•
8 min read 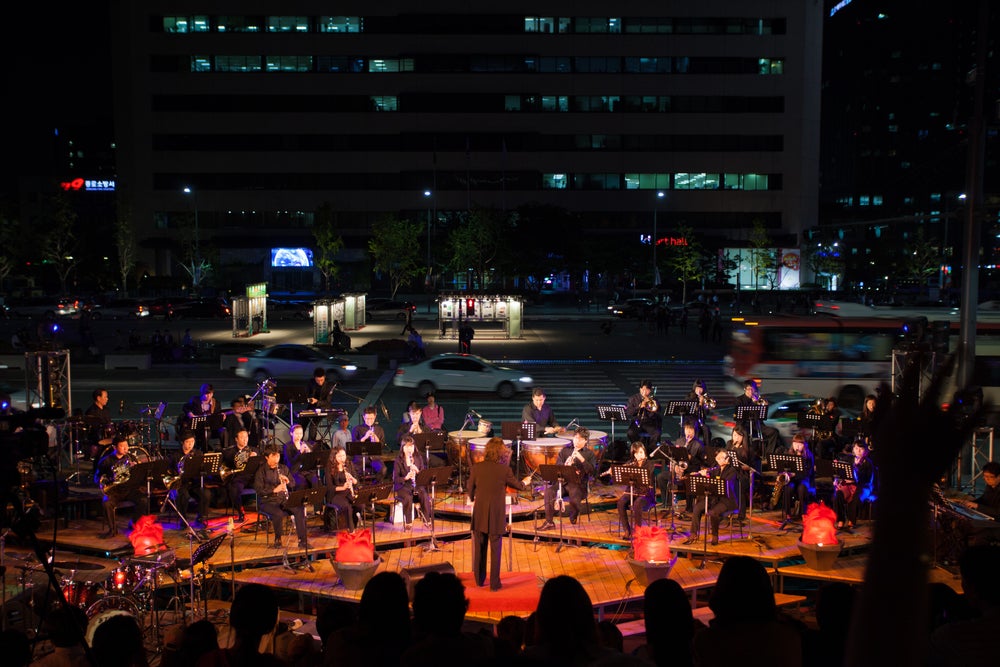 What It's Like to Fly With a Six-Figure Musical Instrument
This post contains references to products from one or more of our advertisers. We may receive compensation when you click on links to those products. Terms apply to the offers listed on this page. For an explanation of our Advertising Policy, visit this page.

Sabouri, a Texas-based professional musician and music educator, owns a 1783 Dutch violin worth $115,000, which he purchased after a two-year search. The violin bow is worth an additional $20,000. No question of it, Sabouri says although both are insured, neither violin nor bow will ever get checked into the baggage hold of any plane he boards. "Insurance doesn't replace unique works of art, and... airline people do not know how valuable or how priceless [instruments] are. Safety for my instrument is a huge factor when I travel."

Although Sabouri has flown well over a million miles over the course of his musical career, his enjoyment is tempered by his equal concern for his violin. "I always get very nervous if I'm on a puddle jumper plane, because I’m not sure if it will fit in the overhead or if there will be closet space in the front," he said. As a proactive measure, Sabouri began shelling out the dough for first-class tickets years ago in order to guarantee overhead bin space for his violin and bow, which travel in a lightweight, hard-shell carbon fiber case for protection. "I had super supportive parents [who] actually took out a mortgage on their house to get me the instrument before this one," Sabouri said, noting that some of his colleagues own rare violins valued at more than $15 million.

But it isn't just about the price tag. The value of rare instruments like Sabouri's Cuyper not only lies in their unique sound, but also in the history behind them: some were owned by famous composers or royalty, or survived a war or similar disaster. "If my violin and bow were to break," Sabouri said, "It would be impossible to replicate this most amazing piece of art from 300 years ago. A repair or a replacement might look similar or close to the original, but it will never be the exact same since, to this day, we still have not figured out the way to soak the wood of our instruments the way that they did in the 1600s."

Musicians also develop a fiercely sentimental bond with their instruments, according to Chris and Oliver Wood of The Wood Brothers. "I could probably find comparable replacements," guitarist Oliver said, "but I've had these specific guitars for a long time, so their sentimental value is pretty high." Bassist Chris agreed, saying, "[My basses] are old and unique. They have a lot of sentimental value to me, mostly because no other instrument will sound the way mine do."
"Flying with guitars feels the most risky because they are out of your hands and sight during the journey," Oliver said. "You don't know how they're being handled, and you can never be sure they'll end up in the right place. I often choose flights on airlines based on how accommodating they are with instruments. Some airlines charge more for odd-size bags like guitar cases, while others make you sign damage waivers. Different airlines have different policies about these things, so I've learned to avoid certain ones and be loyal to others."

These musicians' fears aren't unfounded: While all instruments are delicate and require care in transport, wood-based classical instruments in the string family are particularly vulnerable to damage even in everyday environments, let alone in the world of aviation baggage handling.

Most cellists and bassists, from Yo-Yo Ma to 19-year-old college students, understand that the cost of traveling with their instrument is an additional ticket, or "seat for the cello." Yet even when musicians pay top dollar for an extra seat for their cellos, airline employees have been known to ignore supporting evidence for keeping instruments in the passenger cabin.

Forego forking out the cash for an additional seat, and the risk factor skyrockets. In 2013, professional musician Wu Man, who was scheduled to perform a Chinese stringed instrument called the pipa, was unable to follow through with a concert after a US Airways flight attendant allegedly dropped the instrument, breaking its neck — literally as well as figuratively. And in January 2018, a rare 17th-century viola da gamba worth more than $200,000 was severely damaged on an Alitalia flight after the musician was forced to check the instrument.

In 2008, Canadian folk singer Dave Carroll turned his misfortune into material, penning a plaintive three-part ode to United Airlines after the airline broke his guitar and initially refused to pay for the damage. Carroll's first song detailed the circumstances of his $3,500 Tailor guitar's demise, featuring the refrain: "I should have flown with someone else, or gone by car, 'cause United breaks guitars." The second song humorously explored Carroll's experience with United's claims department, and the final song ended with the line: "They say that you're changing and I hope you do, 'Cause if you don't then who would fly with you?"

"PLANES ARE THE WORST," flatly states Dr. Carsten Siebert, "but often unavoidable." Dr. Siebert, Chancellor and Managing Director of the Barenboim-Said Akademie, transports dozens of orchestral instruments each year on behalf of the West-Eastern Divan Orchestra, comprised of talented young musicians who perform all over Europe and the rest of the world. Part of Siebert's job is managing the transportation logistics for a symphonic orchestra with around 100 people in total, including musicians, staff and their instruments. Whenever possible, Siebert uses a reputable, specialized trucking company that costs more than $80,000 for a five-country European tour circuit of seven concerts in three weeks.

Insurance costs for the instruments going on tour is a separate expense all its own: Around $14,000 to ensure a full orchestra valued upwards of $1.75 million, excluding specific individual high-value instruments which require their own plans. "You have the choice between not sleeping well for weeks, or getting the all-in policy that covers damage, theft, loss, and accidents of all kinds. [It's] expensive, but vital."

When taking the orchestra overseas, Siebert has no choice but to fly everyone and everything there. "The most complicated instruments are bulky and made of metal," Siebert said. "Tubas are a particular pain — you don't want to put them in freight, but as hand luggage with a seat bought for the instrument. Then they are too bulky to easily fit through the airport scanners. That tends to lead to endless discussions, and really endears you to everybody further down in the security line." Pianos require giant, expensive cases to ensure they arrive in a humidity-controlled, protective environment. "Otherwise, it takes days for the instrument to adjust [to local temperature and humidity] once it arrives."After all is said and done, what are traveling musicians to do — especially on a budget?

Southwest's ample overhead storage makes for a surprisingly musician-friendly airline, according to Sabouri, who flies the carrier as an alternative to guaranteeing first-class tickets on other airlines. "I just pay for the early boarding and I never have a problem," Sabouri said. "On Southwest, people actually check their bags because they don’t have to pay for it!"

Unfortunately, airlines aren't known for being generous, even if travelers have plunked down extra money to keep their musical instruments safe and close by. In 2012, Delta stripped a cello of its frequent flyer miles, as told by the cello's owner, professional cellist Lynn Harrell. The scandal raised a big enough brouhaha to make it onto the Colbert Report, where "Cello Harrell" was "one of the things destroying America." (The Supreme Court ruled in favor of the airlines in a similar miles-confiscation case in 2014, citing the Airlines Deregulation Act.)

"It’s really a remarkable thing," Sabouri said. "When you find an instrument that you love, it becomes a part of your DNA. It’s how people identify you as a musician: the sound that you produce or the timbre that speaks to their soul. If you don’t truly love this profession and could imagine yourself doing something else, then don’t ever do this, because it wouldn’t be worth it for any other reason."