A Grandpa Points' BOGO: How One Trip Became Two 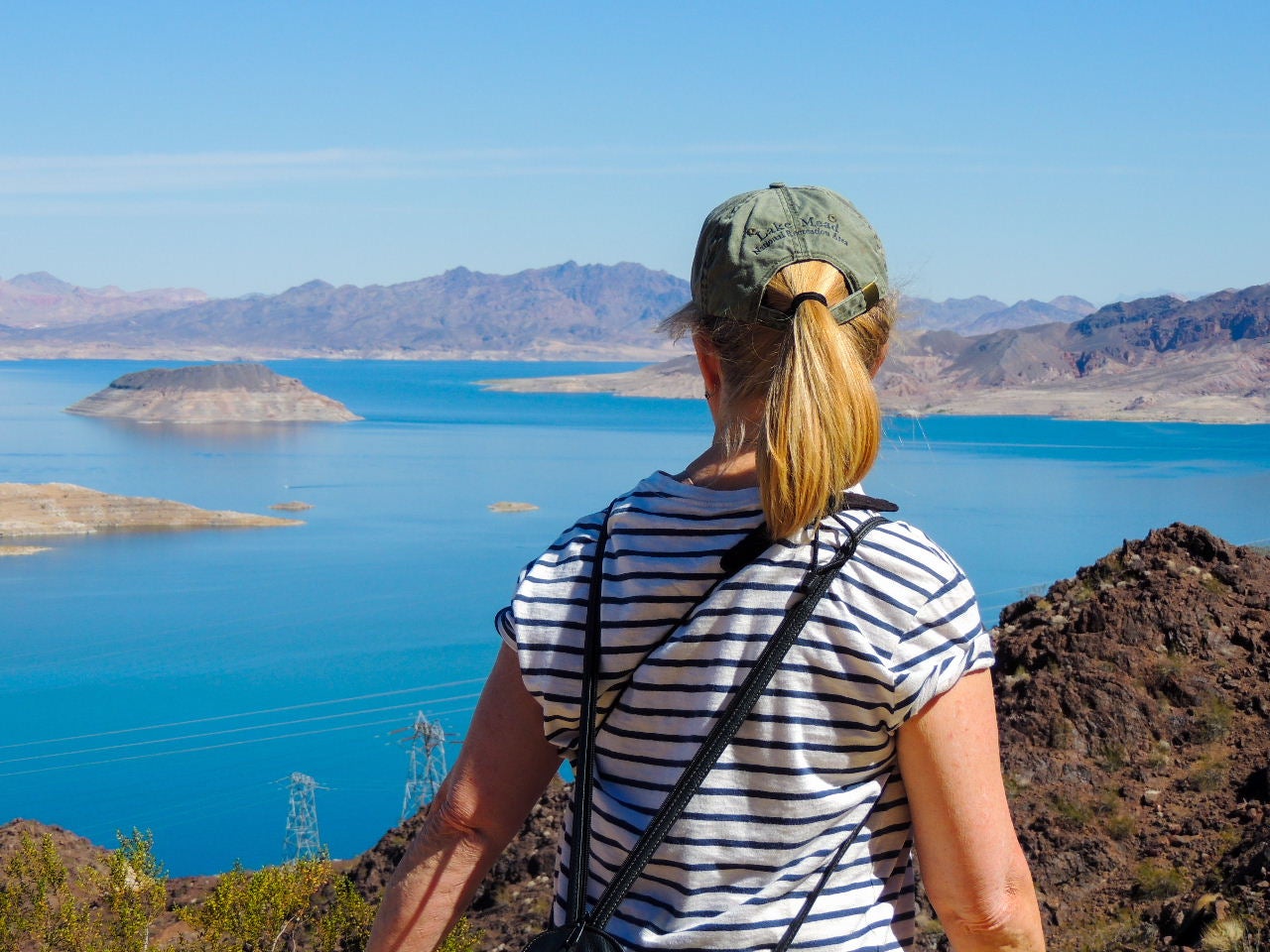 Your visit to this site is already proof that you believe in optimizing travel by maximizing ways to make it affordable. You are likely very familiar with the verses in the miles and points songbooks and have an insider's keen eye for deals, specials, lowest rates and sign-up bonuses. We are glad to be active members in this beneficial fraternity. We recently used opportunity and awareness to turn one planned short trip into a second unplanned trip for virtually no extra expense. Here is the backstory and the how, why, when, where and whats of how it came to be.

Turning One Trip Into Two

We are frequent visitors to Las Vegas. Its unique persona has attracted and welcomed us for almost 40 years. For the first three decades of our relationship, we went strictly for the Las Vegas experience. We would go in the summer and stay Sunday through Wednesday or Monday through Thursday, when the hotels were almost free. We would casino-hop: gambling here, winning there and losing in between. Always carrying our buckets of quarters.

We would scope out every new hotel and research what was in the planning stages. In these pre-internet days, we would read all about Vegas in our subscription to the magazine "What's On in Las Vegas." We would seek out the 99-cent breakfast buffets and the 2-for-1 dining coupons. We would check out new attractions — be they be rides, light shows, volcanoes, fountains, tigers, dolphins or talking animatronics.

We would go to discounted shows that featured talented entertainers, but not those of the headliner nature. We had children to raise, a mortgage to pay and college expenses looming, so we felt we couldn't afford to see the big named stars that performed on the Strip. We really enjoyed that Vegas of our "youth" but there was always that famous voice, that favorite name that we wished we would have splurged on and watched first-hand. That brings us to the present.

Seeing a Vegas Icon and Seasons Change In Colorado

In the spring, we read that one of those iconic performers, Barry Manilow, was returning to Vegas for a part-time residency at the Westgate. Manilow previously had a long-running engagement at that site when it was the Las Vegas Hilton and later headlined at the Paris for two years. We passed on all those opportunities for all the reasons noted above. We have been able to catch Barry's show several times since in the Houston area, but the chance to see him in Las Vegas with all the bells and whistles associated with a residency show was too much for us to pass on this time.

We utilized 10,000 total Spirit Airlines miles for two round-trip tickets for a late-September date when Manilow was performing. We secured two front-row balcony seats (our personal preference) for the show. We had decided to stay off-Strip for the first night and on the Strip for the second. In the weeks leading up to our departure, we were able to re-book one of our hotels and our car as we found lower rates available. (We are always looking for ways to get the best deal possible and here are some tips to save on rental cars.)

We were all set and looking forward to our soon-to-happen foray when an email from Frontier Airlines got our attention.

Frontier frequently has mind-numbing, thought-provoking, dream-stirring and trip-inducing airfares with prices ranging from as low as $15 each way. This particular email that we received offered flights from Houston to Denver for $29 each. We have seen and utilized similar deals several times in the last few years to fly to San Francisco, Reno, Vegas and Denver. What caught our interest this time was that the flights were available while Mother Nature was applying her fall colors to the Rocky Mountains of Colorado. Hmmmmm...

We have been blessed with a couple of previous opportunities to be witness to this changing of the color guard. It is a refreshing, inspiring and joyful experience. Like a good meal, it is always rewarding.

As it is with most airfare sales, there was only a small window to make decisions within. We decided to book the flights while they were available and "buy" ourselves 24 hours to think it through. As you know, US-based carriers are mandated by the DOT to allow free cancellations and changes to reservations within one day of booking, assuming you are at least a certain number of days before travel. This is often known as the "24-hour rule."

The hours went by and we gave this "out of the blue" trip its due consideration. During this mental processing, it became clear to us that if we canceled our Las Vegas Strip hotel reservation, and instead booked the off-Strip site for a second night, the financial savings would pay for the airfare and part of the Denver car rental.

Because of the pre-dawn flight time to Denver and the late evening return, we could do a lot in Colorado with just a single night spent in a hotel. A nice Comfort Inn in Carbondale, Colorado, was available for 6,000 Choice Privileges points and $15. The question soon became, how could we "afford" not to go?

We decided that this semi-serendipitous opportunity was a "blue light special" that we had to go for. The costs were minimal and the rewards could be great. We found a surprisingly affordable rental car special from Advantage (which is not always the case in Denver). And, since our eating habits can be quite basic and simple (sharing 6-inch Subway sandwiches, free breakfast at hotel, tuna and crackers for a roadside lunch), there were no great ancillary expenses expected or rendered to inflate the actual total cost of the trip.

So, on a wing and a fare, we were booked for two short trips in an eight-day stretch. It was as close to a "buy one, get one" travel deal that may ever come our way.

Both Trips Were a Success

As an epilogue, we are happy to report that both adventures turned out terrific. Our 40-hour leaf-peeping lagniappe trip to Colorado was previously chronicled but to summarize, it was like Technicolor eye-candy.

Manilow sang the songs that made the audience sing and thrilled the sold-out crowd with hits they wanted to hear. I guess good things come to those that wait. After waiting for years and "Tryin' To Get That Feeling Again," it finally "Looks Like We Made It." Manilow in Vegas was worth it. And, maybe "Somewhere Down the Road," we will be "Ready To Take A Chance Again" and see another headliner that we passed on in our previous Vegas life. We also took in one of the seven Cirque shows currently onstage in Las Vegas. This occasion we were thrilled by "O" at the Bellagio. It was outstanding -- the athleticism, grace, power and strength on display was simply unbelievable.

As is our wont when visiting Vegas, we sought out a new local attraction to experience. This time it was the "railroad tunnel hike." Never heard of it? Neither had we, until recently. The hike is on an old railroad bed that was built and used to transport heavy equipment and supplies to the Hoover Dam construction site. The trail starts just outside of Boulder City and it doesn't require tunnel vision to find. The well-maintained path is relatively flat and easy to negotiate. It takes you to and through a series of five tunnels that are each about 25-feet high and about 300-feet long. The hike runs on a ledge above Lake Mead, so you have great views of the lake and accompanying vistas as you enjoy and experience the unique tunnels.

The first tunnel is about a mile from the trailhead and the next four come frequently thereafter. The round-trip to all five tunnels is about 5 miles. You can turn around at any time, or you can continue all the way to Hoover Dam if you want to extend the hike a few more miles. The hike was very interesting and a nice diversion to all that is Vegas. Our recommendation is to walk the bed early in the day. The hotter the day, the earlier the walk. And bring water. And, when you are alone in one of the tunnels, let your inhibitions go and loudly and proudly sing one of your favorite songs. You'll like what you hear, you rock star, you! And, really don't forget the water.

These two little trips reminded us of the late-night infomercials and promotions that always seem to include the famous line, "but wait, there's more, you get not only one but two for the same low price." We dialed that 1-800 number and our order came back just as promised. Two trips for the price of one. We look forward to the next special — even if the shipping and handling charges are separate and not included. Safe travels!