Articles
Emily McNutt is The Points Guy's Global News Editor and is based in London.
Follow
Nov. 19, 2018
•
8 min read 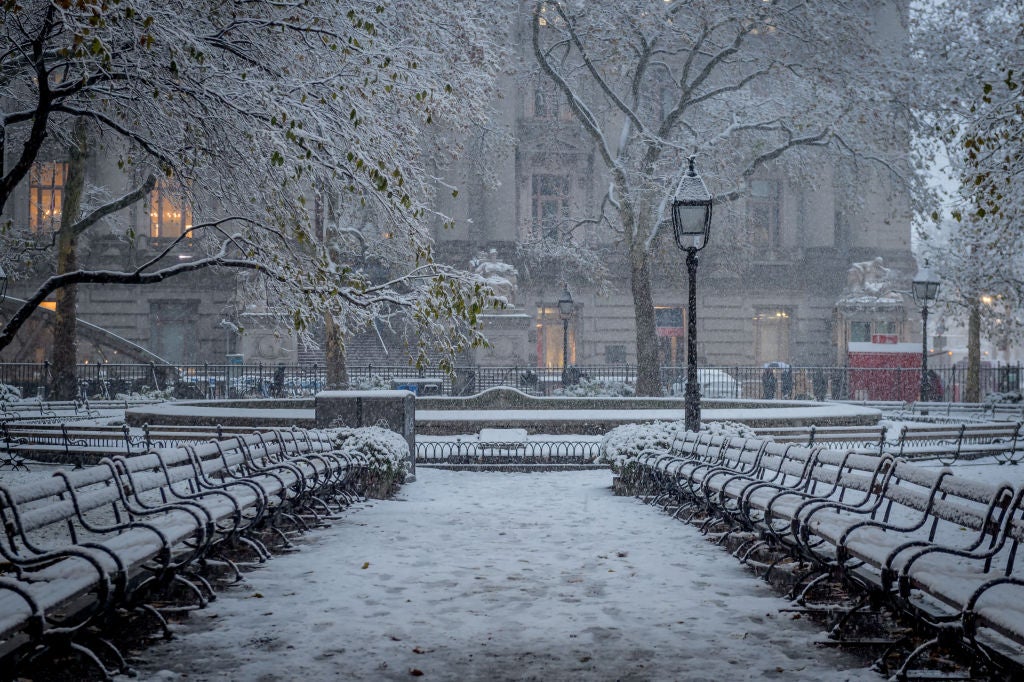 Only when conditions are anything but ideal do travelers get a glimpse of how companies respond to irregular operations. Either things happen that leave customers satisfied, or PR people are busy for days controlling the damage.

Last week, New York City was brought to a halt when a few inches of snow hit the sidewalks and streets of the Big Apple. More than 1,000 flights were canceled to the city's three major airports — Newark (EWR), John F. Kennedy (JFK) and LaGuardia (LGA). Traffic backed up for hours around New York's network of roadways, and downed trees damaged cars and injured pedestrians.

TPG's Chief of Staff Adam Kotkin, a native New Yorker, was attempting to travel from LGA to his home in Fort Lauderdale (FLL), with a scheduled departure time of 7:30pm with JetBlue. His story shows the way travel companies handle weather-related issues — there's the good, and then there's the bad. Kotkin experienced both.

En route to LGA, Kotkin saw that the 7:30pm JetBlue flight was delayed. So, as a TrueBlue Mosaic member, he called the dedicated support line and asked what his options were. The representative booked him on a later flight, while at the same time keeping his existing reservation for the 7:30pm flight. Typically, passengers are permitted one confirmed flight at a time.

Upon arriving at LGA around 7:20pm, both flights were continuously delayed before eventually getting canceled at 11pm and 11:45pm, respectively. Kotkin was stuck in New York for the night.

So, he looked for a hotel. A Hotels.com search turned up completely empty. No luck on searches on the various hotel chains' websites. HotelTonight, nada. There was one hotel available in Melville, Long Island, a 30-mile trek from LGA. There was also a 1.5-star hotel near JFK, pricing at more than $1,000 for the one-night stay. Neither option would do.

With one last look at the SPG app and before making a midnight call to a friend to get a sofa ready, Kotkin spotted a Fairfield Inn & Suites in Gowanus, Brooklyn, with a room for $199 for the one night. Without thinking twice, he jumped in a taxi and got to the hotel just after midnight. But, while checking in, the front desk told him the worst news one could possibly get in the situation: There were no more rooms. He told the agent there was nowhere to walk him, and the agent agreed.

As a Platinum Marriott Rewards member, he pleaded with the front desk agent that there had to be something available. As it turned out, the employee told Kotkin, the hotel was undergoing a renovation and two floors were closed to guests. However, those rooms weren't blocked off in the app — another fault in the SPG-Marriott integration process.

"The front desk agent bent over backward in order to find a place for me to sleep for the night," Kotkin said. Miraculously, he was able to come up with a room in the hotel that had just been taken off the market for a maintenance issue. Kotkin gladly accepted, and noticed nothing wrong with the room.

On Friday, Kotkin, poised to finally head back to Florida, was rebooked on a flight from JFK to FLL. He'd noticed that not only was the Mosaic line able to accommodate him on a 12:25pm departure, but JetBlue had added a new flight to transport stranded passengers to Florida. As the 12:25pm departure kept getting delayed, Kotkin spoke with the Mosaic desk, where there was only one family ahead of him in line, while the standard line was 30 people long. The Mosaic desk was — again — able to accommodate him on the 8:30am flight, which was delayed until 1:45pm.

"Both JetBlue and Marriott were extremely accommodating, going out of their way to help out a passenger who was stuck in a bad situation," Kotkin said.

Not every company treats situations like Thursday's the same, Kotkin learned.

Prior to heading to LaGuardia to begin with on Thursday, Kotkin knew his options were anything but ideal. There was the likelihood that his flight(s) would be delayed, or even worse, canceled. But, hotels for the one night were already going for $700+ for the night.

From TPG's office in Manhattan's Flatiron District, Kotkin was faced with a bleak outlook: UberX was a 25-minute wait for the next available pickup, and he didn't have the time to spare; he tried Arrow, the app for yellow cabs, but no cab drivers would accept the ride; Lyft was similarly priced. The best option? An UberBlack, which Kotkin was most familiar with and which quoted the trip for $254.

He hopped in the car and took the 1.5-hour ride through the bad weather and traffic, before arriving at LGA at 7:20pm. However, when he got out of the car and the driver ended the ride, Kotkin noticed that his fare displayed $0. After checking a few other times that night, the fare still displayed as $0. However, when he woke up on Friday, the final fare totaled $383.

Appalled, he sent an inquiry to Uber as to how and why the fare increased so much without his consent. On Friday afternoon — more than 18 hours after the incident — Kotkin was refunded the difference in fare.

Uber's fare given when you order a ride is an estimate. In fact, the ride details state that: "Your fare may change based on rates provided if the length or route of your trip changes."

Where Kotkin saw issue with the fare difference wasn't that it changed, but rather that it had changed so drastically — more than $120.

"It's wrong to be gouging people for using your service in such unforeseen circumstances," Kotkin said. "For many, $254 is already out of budget, but I rationalized it was cheaper than a hotel in NYC. But a $383 ride to the airport is downright disgraceful and should be illegal."

In fact, Uber has gotten into legal troubles for its surge pricing during snowstorms. During a nor'easter snowstorm in early 2018, the state of Massachusetts declared a state of emergency. As a result, the state’s Department of Public Utilities, which oversees ride-sharing operations, sent notices to all ride-sharing companies alerting them to suspend surge pricing during the storm. Uber allegedly charged passengers surge pricing anyway. The mammoth app-based car service was almost kicked out of Massachusetts for the transgression, which it denied.

TPG reached out to Uber for comment. A spokesperson said that the upfront fare calculated a certain distance and time, utilizing a specific route. When the driver switched Kotkin's planned routing, opting instead for a different one, Uber's technology didn't account for the switch and ended up charging Kotkin more than $120 in difference.

When asked if Uber is working on a way to prevent similar instances from happening in the future, the spokesperson said that the company is constantly working on improving its technology in making it more accurate.

"Upfront prices give riders more clarity about the cost of the trip in advance so they can ride with confidence," the spokesperson told TPG. "The price may change if a rider adds stops, updates their destination mid-trip or if the trip turns out to be far longer than expected. This happens very rarely, but we know it can be frustrating when it does, especially if weather is a factor. That's why our customer support is available 24/7 to help riders get their questions answered and issues resolved as quickly as possible."

When the issue was eventually solved, Kotkin said he wished that Uber would develop an in-app notification, letting the rider know if the fare has increased given that the driver chose to take a new route.

In the interim, if you ride with Uber in a snowstorm — or any time when the actual fare isn't in line with what was predicted up front — it'll be best to take your issue up with customer support. The Uber spokesperson said that the company is dedicated to engaging with customers to resolve issues on a case-by-case basis.

How companies uphold their business during unusual times speaks volumes. In Kotkin's situation, you have two brands — Fairfield Inn by Marriott and JetBlue — going above and beyond to make travelers' less-than-ideal situations better. Whereas in the case of Uber, you have a company that's not proactively fixing when its tech gouges more than $100 out of customers.

As for Kotkin, he rode from the Fairfield Inn in Gowanus to JFK with a competitor — his first-ever Lyft ride.

Related stories
When does airline elite status expire?
Act fast: Get a $15 Lyft credit with your Walmart+ subscription
Increased offers available on Barclays cobranded business cards
This top cruise line is now throwing in free tours worth thousands of dollars if you book
Featured image by LightRocket via Getty Images