Houston's Getting Its Own Bean – And Chicago Isn't Happy About It

Articles
Katherine Fan is a former senior travel features reporter at The Points Guy who covered everything from personal finance to travel and aviation.
March 29, 2018
•
4 min read 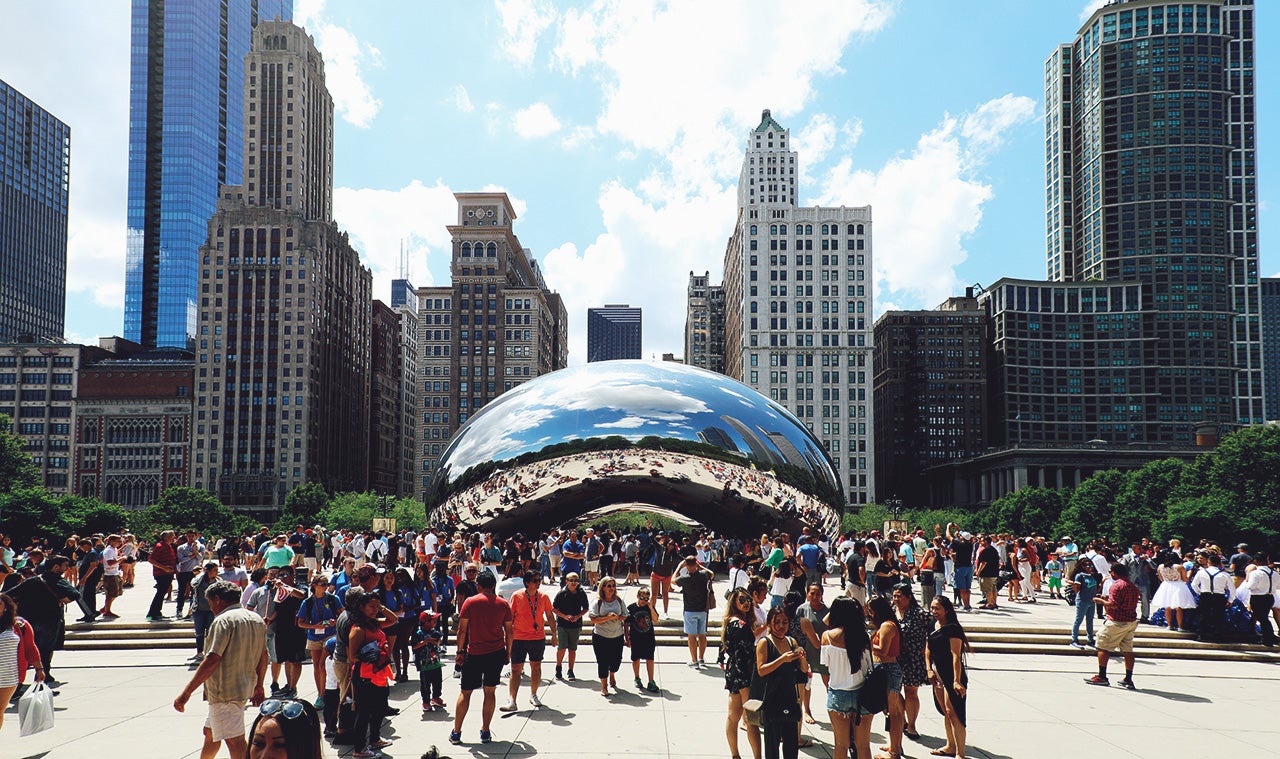 Houston's Getting Its Own Bean – And Chicago Isn't Happy About It
This post contains references to products from one or more of our advertisers. We may receive compensation when you click on links to those products. Terms apply to the offers listed on this page. For an explanation of our Advertising Policy, visit this page.

Go to Chicago, take a photo with the massive silver Bean that lives in Millennium Park: It's what you do. Except now, you can go to Houston and do the same thing.

Anish Kapoor is the sculptor behind Houston's newest art installation, as well as creator of the original in Chicago. Formally named Cloud Gate, Kapoor's Chicago design was the result of a design competition and formally dedicated to the city on May 15, 2006.

The Houston sculpture, formally named Cloud Column, shares much of the same design inspiration as the Chicago Bean. But the art piece features distinct differences: The Washington Post's Meagan Flynn described it as being "shaped less like a bean, really, and more like an elongated egg, reminiscent of the alien spaceship from the movie 'Arrival.'"

The 21,000-pound sculpture arrived in the city’s Museum District amid much fanfare on Monday, March 26, and was formally escorted into its new home by a six-ton crane as well as a host of workers. The seamless metal piece now lives in a new plaza near the Museum of Fine Arts, Houston.

But the biggest hype thus far around the Texas mega-city's newest art piece stems from the city of Chicago's overt resentment of the "copycat" piece that "is destined to become a most Instagrammed spot in Houston" as well, to quote ABC7 Chicago.

Chicago Tribune reporter Kim Janssen threw down the gauntlet Tuesday, March 27, with a scathing op-ed entitled, "Unoriginal 4th place Houston gets its own bean sculpture … whatever."

“Houston’s version of The Bean differs in one respect from Chicago’s: The uptight Texas bean is designed to stand upright, not lie on its side like the chill Illinois bean," Janssen said. “If being surrounded by a cultureless abyss insufficiently communicates to confused tourists that they are in Houston, the bean’s verticality will therefore act as an additional reminder of their poor life choices.”

Everything is bigger in Texas, including tempers: Houston Chronicle digital editor Lisa Gray wrote an equally vitriolic email to Janssen in response, which led to a war of wits which eventually was published by the Texas newspaper.

Gray's message begins: "Dear Chicago: Houston's Bean is better. And so is Houston," and questions a possible source of insecurity behind Janssen's shade. Quoting from his original column, Janssen wrote: "Speaking of life choices, an increasing number of people are making Houston their home: the metro area gained 94,417 residents in 2017, while the Chicago metro area lost 13,286 residents. If that trend continues, Houston could eclipse Chicago as the nation’s third largest city in the next 10 years."

But David Williams, Kapoor's sculpture fabricator and collaborator for the past three decades, had the final say. Although Houston's Cloud Column was only recently acquired by the city, the structure was actually the first one created and assembled entirely by hand in London, with Kapoor personally directing its production in person.

"This was the first sculpture he made in this form, in 1999. No one really knew how to do it; it was trial and error," Williams said. "So this is a crafted sculpture. It wasn't made; it was birthed."

Janssen wasn't convinced: "It's a leftover bean, a second-rate bean that's been lying around in storage for the better part of 20 years, because nobody else wanted it," he said. "Nobody except Houston wants a leftover, second-rate bean."

Houston editor Gray signed off her message with this parting shot: "Are you feeling — well, to steal someone's joke from Twitter — like a 'has-bean'?"

Our points-obsessed staff uses a plethora of credit cards on a daily basis. If anyone on our team wouldn’t recommend it to a friend or a family member, we wouldn’t recommend it on The Points Guy either. Our opinions are our own, and have not been reviewed, approved, or endorsed by our advertising partners.
See all best card offers
Related stories
Deals
1 day only: JetBlue cardholders can earn double points
News
Hotel resort fees are out of control and need to end now
Deals
Fly to multiple cities in Europe for as little as $453 round-trip
Guide
Delta SkyMiles Reserve Business card review: Sky Club access and 100,000 miles