Articles
Katherine Fan is a former senior travel features reporter at The Points Guy who covered everything from personal finance to travel and aviation.
June 05, 2019
•
3 min read 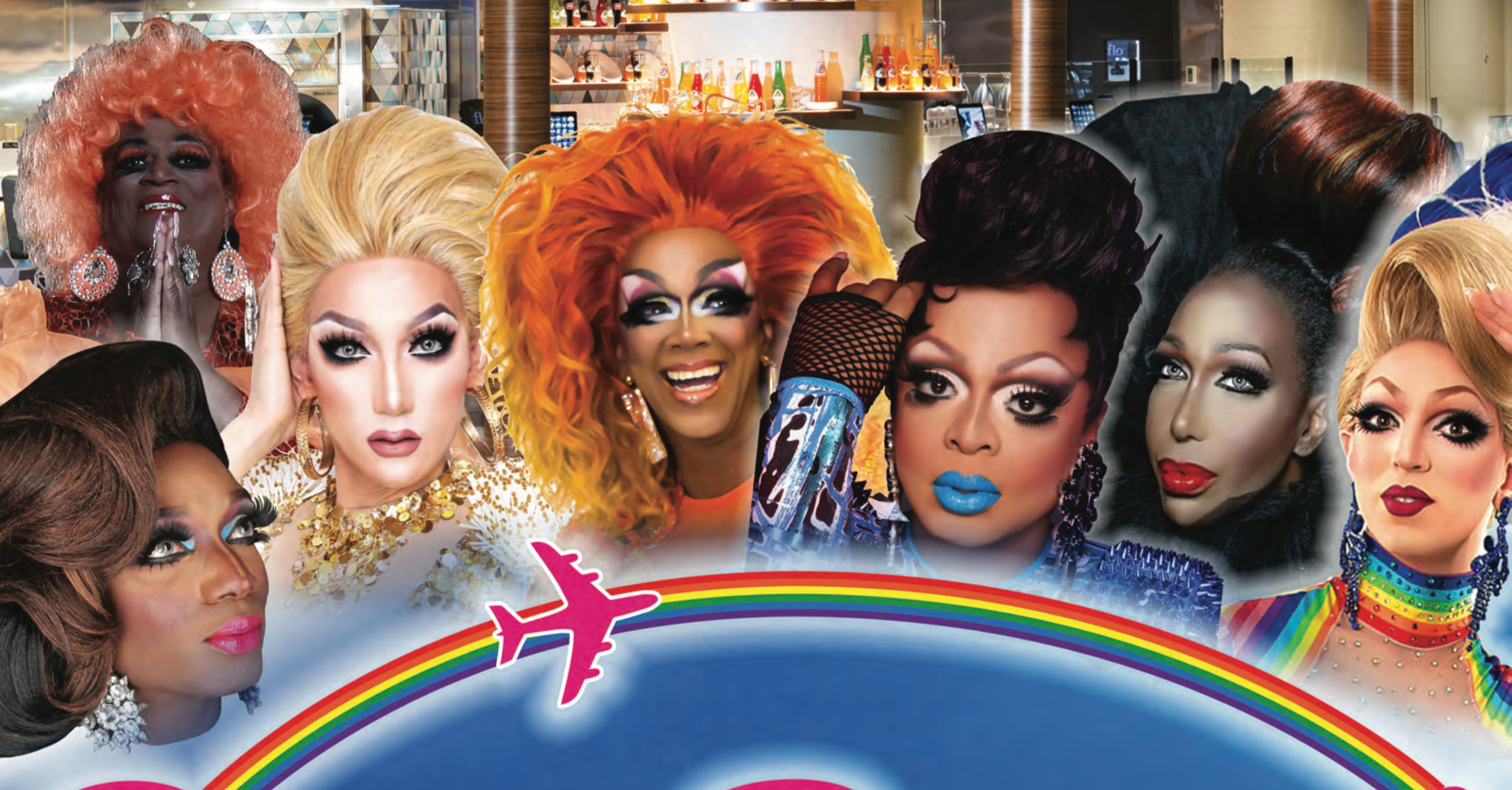 Here's How You Can Party It Up at the First-Ever Airport Drag Brunch at Newark
This post contains references to products from one or more of our advertisers. We may receive compensation when you click on links to those products. Terms apply to the offers listed on this page. For an explanation of our Advertising Policy, visit this page.

Maybe you're a big fan of drag. And if you're reading this article, you're probably a big fan of travel. But did you know you could find a way to combine both?

This month, United Airlines and airport hospitality brand OTG are partnering up to do just that. In support of Pride Month and The Trevor Project, the two travel brands are collaborating to bring you the first-ever airport DJ Drag Brunch, hosted in Terminal C of Newark International Airport (EWR). Attendees will be able to party it up with their favorite divas including Jahlissa A. Ross, Pattaya Hart, Fifi Dubois, Caracol Richards, Daesha Richards and Kennedy Davenport, star of the hit TV show RuPaul’s Drag Race.

The DJ Drag Brunch is produced by event super-promoter Jake Resnicow and will showcase live entertainment from drag performers, and top-tier talent such as DJ Steve-Sidewalk and brunch host Harmonica Sunbeam.

The Drag Brunch takes place on June 20 from 10am to 11:45am, at Novella in Terminal C’s Global Bazaar food hall near Gate 90. Entertainers will also stroll through the terminal before and after the brunch to interact with travelers who didn't get to attend the event.

The brunch menu includes quintessential favorites such as fresh-baked pastries from Mélange Bakery, as well as a selection of specialty cocktails and mocktails with fanciful names such as Taste the Rainbow, featuring fresh berries, lime juice, lemon juice, coconut water and almond syrup, or the Aromatic Nectar featuring tonic, berry iced tea and lemon juice.

If the DJ Drag Brunch sounds like your cup of tea, log into your United account and ready your MileagePlus miles: Tickets to the event are exclusively available by auction on the MileagePlus events platform.

June has been designated as Pride Month in remembrance of the Stonewall riots, a series of demonstrations protesting a police raid in Manhattan in June 1969. This year will mark the 50th anniversary of the uprising, which led to the rise of the gay liberation movement in the US. The Trevor Project offers 24/7 phone lifeline, text, and chat for LGBTQIA+ youth struggling with suicide ideation. All proceeds and every MileagePlus mile redeemed from the DJ Drag Brunch will benefit The Trevor Project, which will receive a minimum donation of $10,000. This year, some Kimpton hotels are also hosting drag brunches to raise money for The Trevor Project in New York, Austin and Philadelphia during each city’s Pride week.