Articles
Sean Cudahy is a reporter covering general assignment news on travel, aviation and points and miles. He joined the TPG team in 2022 after nearly eight years as a local television news reporter.
Follow
May 12, 2022
•
6 min read 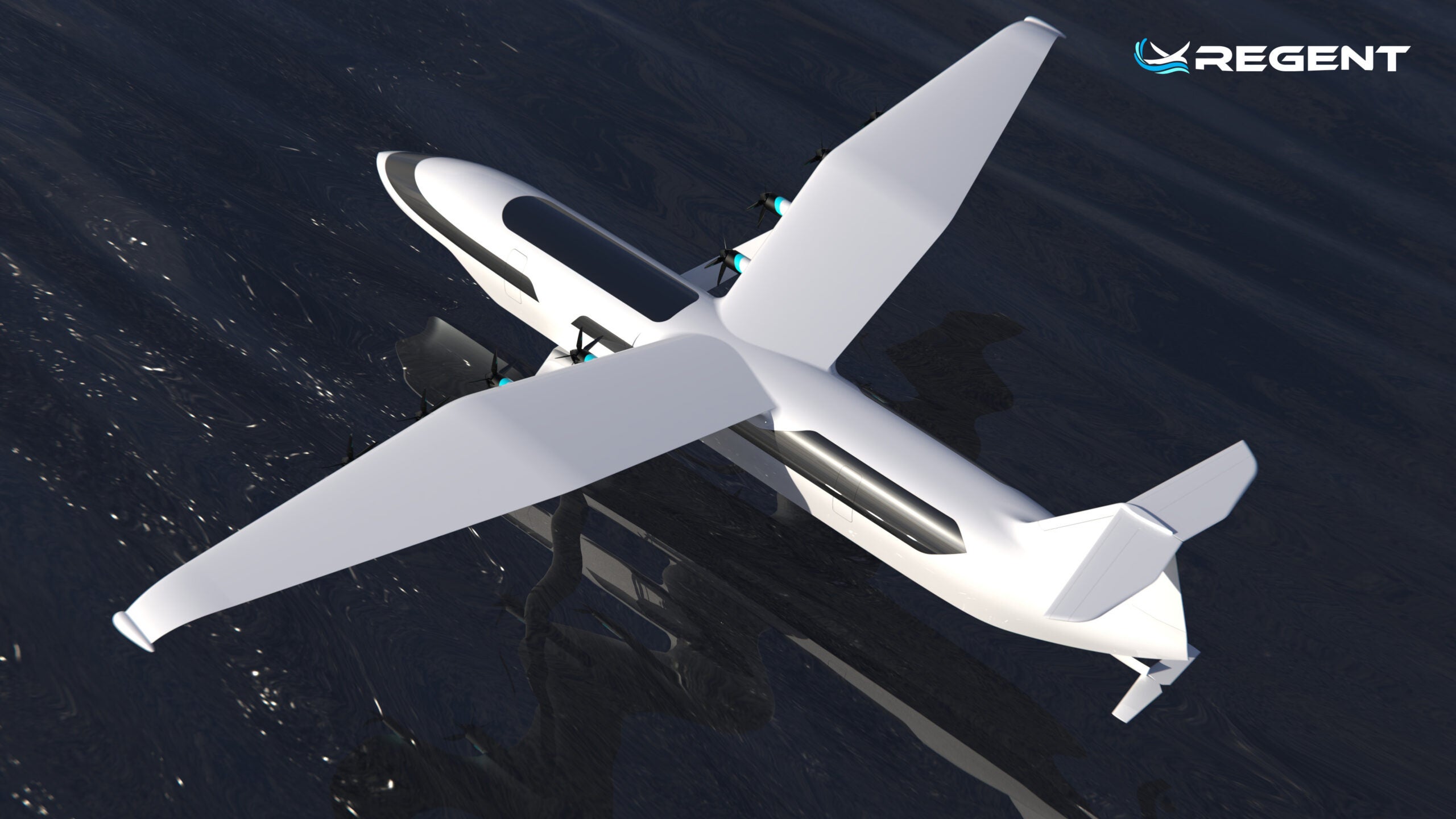 The future of travel between the Hawaiian Islands could be moving from tens of thousands of feet in the air to just a few feet up.

Boston-based electric "seaglider" maker REGENT (which stands for Regional Electric Ground Effect Nautical Transport) announced Wednesday that Hawaiian Airlines made a major investment in the company, in support of the development of a seaglider that would transport up to 100 passengers from dock to dock, traveling just above the water's surface.

Want more travel tips and advice from TPG? Sign up for our daily newsletter.

With maximum potential speeds of 180 mph, REGENT said the new machines would lean on current battery technology and dock infrastructure, serving as a “game-changer” for regional transportation in places like Hawaii.

The fleet could be in operation as soon as 2028.

Hawaiian Airlines tells TPG this fleet “could” someday complement, but not replace, its existing plane service between the state’s islands.

Not technically a plane or a boat

Frankly, REGENT’s seagliders are a method of transportation you’ve probably never seen. While they leave from a dock, and start and end their journey coasting on the water, these aren’t seaplanes.

After pushing back from the dock, the vessel will float on its hull in the water while operating in the no-wake zone. Shortly after, you’ll see changes start to happen. As it reaches 20 mph, the craft will rise on its retractable hydrofoil, REGENT says – meaning, it essentially gets some lift.

Reaching speeds of between 20 and 40 mph as it leaves the docking harbor, REGENT says the vessel “smoothly transitions onto its wing, retracts the foil, and accelerates to a comfortable 180-mph cruise speed.”

Unlike a seaplane, though, you won’t see the glider lift far into the air and operate like a traditional aircraft at this point.

According to REGENT, the vessels are “wing-in-ground-effect” vehicles. This means its gliders will stay within a wingspan of the surface of the water, relying on aerodynamic properties that involve the vessel flying on a “dynamic air cushion created by the pressurized air between the wings and the water.”

The machines will run entirely on electric power, so the company sees this as a major step toward sustainable transportation.

The company explains its machines carry the benefit of an airplane’s speed with the lower operating costs generally associated with boats, while at the same time operating at a quieter noise level than that of planes or helicopters.

Hawaiian is specifically investing in REGENT’s “Monarch” craft, which is slated for commercial service by 2028.

This announcement by Hawaiian Airlines and REGENT follows a recent trend of companies getting into a growing dock-to-dock air transportation industry.

Most recently, TPG reported on Tailwind Air expanding its Northeast seaplane service between its dockside headquarters in Manhattan and an increasing list of New England destinations – giving travelers who are willing to pay for the service access to quick, TSA- and airport-free air travel options. That same company is eyeing a further expansion of its service to the Washington, D.C., area.

Meanwhile, when it comes to the even more novel concept of seaglider service, other companies are looking to get in on the market as well. Mesa Air also recently invested $18 million in REGENT’s technology as it eyes East Coast seaglider service.

Specific to a potential partnership with Hawaiian Airlines, REGENT points out the amount of time customers often spend at the airport, as opposed to in the air, a trend exacerbated when it comes to short-flight travel within an archipelago like the Hawaiian Islands. Thus, the company said this sort of service would make that type of travel more convenient for customers.

That the seagliders operate entirely on electric power may be an intriguing factor for carriers as they pursue ways to achieve more sustainable operations going forward.

Again, Hawaiian does not see these seagliders as a method of transportation that would come to replace its existing interisland air service.

At the same time, the carrier told TPG it feels that “by investing now,” it can “help shape the design of the vehicle and its supporting infrastructure” to meet the company’s needs in the future.

Hawaiian said the seaglider’s ability to operate out of harbors “could open up opportunities to better serve our guests.”

Any seaglider service between the Hawaiian Islands would be years away, since the vessels are targeted for completion in 2028.

Still, this is a reminder of a couple of trends happening right now that are going to be fascinating to watch over the coming years. Airlines — and other major companies in the travel sector — are looking to both improve the sustainability of their operations and tap into what travelers are looking for.

While air travel has traditionally involved flights at much higher altitudes, seagliders appear to be an option travelers could have at their disposal within the next decade.

Featured image by (Rendering courtesy of Regent)
Editorial disclaimer: Opinions expressed here are the author’s alone, not those of any bank, credit card issuer, airline or hotel chain, and have not been reviewed, approved or otherwise endorsed by any of these entities.