Articles
Jordi Lippe-McGraw is a writer covering travel, family, food and wellness for outlets like Conde Nast Traveler, Travel + Leisure, the New York Times, Forbes, and more. She has traveled to more than 30 countries on all 7 continents (including Antarctica at 5 months pregnant) and is an avid puppy, penguin, and truffle lover.
Follow
Jan. 17, 2019
•
5 min read 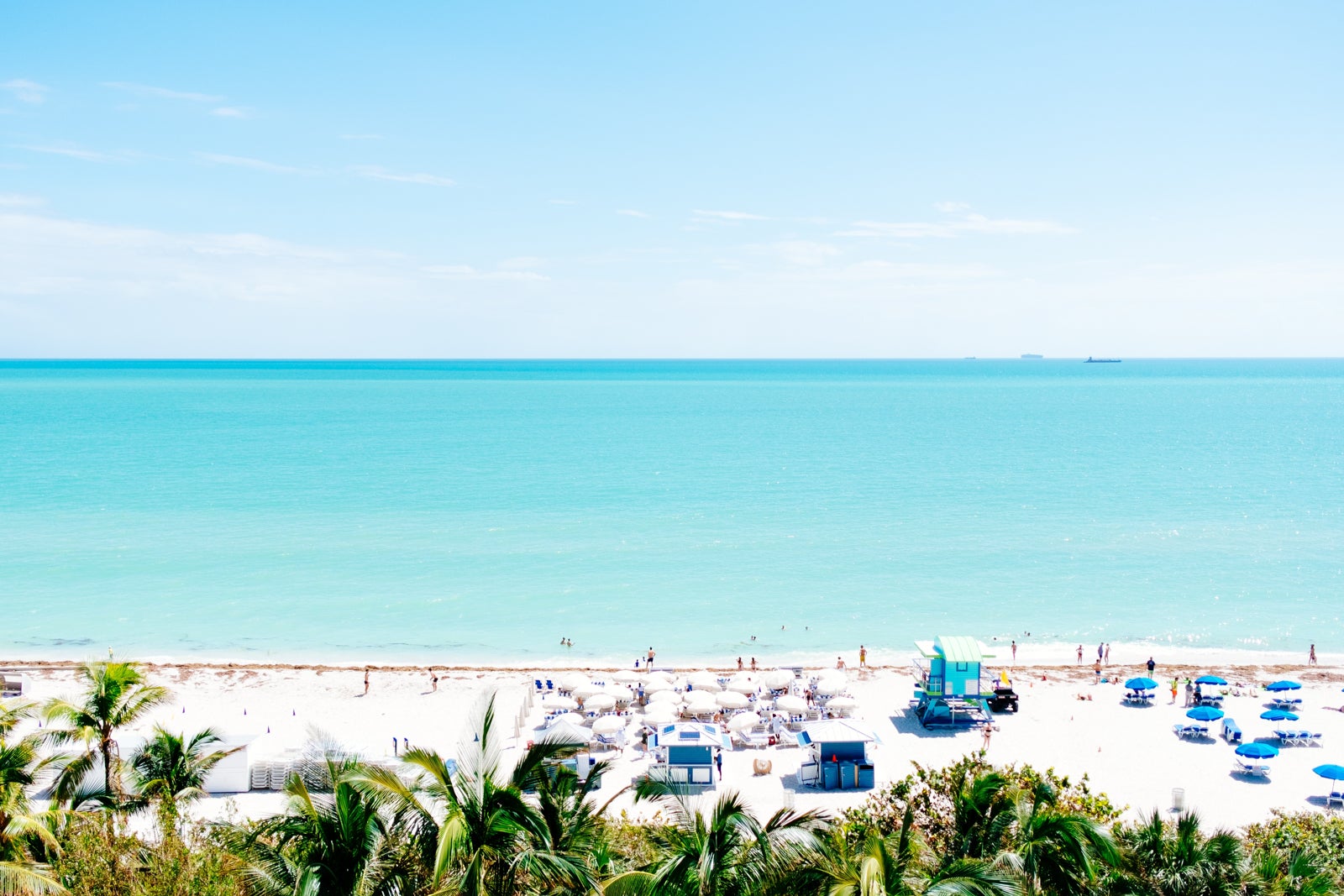 Between her quick wit and boundless energy, it’s amazing to think Betty White is celebrating her 97th birthday on Jan. 17. But the television icon is more popular than ever, and shows few signs of slowing down.

While she has the longest television career of any woman — with credits first appearing in 1939 and continuing through 2018 — she's arguably most famous for her role as Rose Nylund on the celebrated sitcom, “The Golden Girls.”

She, along with Bea Arthur (Dorothy), Rue McClanahan (Blanche) and Estelle Getty (Sophia), delighted audiences over eight seasons as they navigated their retirement years as single women who were living together and best friends — and occasional frenemies — in Miami.

Suzie Sponder, the senior director of communications for the Greater Miami Convention & Visitors Bureau, told TPG that the series is, "enjoying a renaissance in pop culture," and "being discovered by a whole new generation of young adults who will undoubtedly want to visit Miami to experience the excitement and joy that Rose and gang enjoyed when they 'lived' in Miami."

In honor of White’s birthday, we rounded up several destinations in Miami and beyond that fans new and old can visit to have a fantastic trip worthy of the Golden Girls. Just remember to pack your finest caftan.

While the show was mostly set in fictional locations throughout Miami, there were a few times the characters made references to real spots. One of those was Joe’s Stone Crab. In the very first episode, Blanche reveals that she said “yes” to Harry’s marriage proposal while at this South Beach staple. It was later referred to again in the season five episode “Clinton Avenue Memoirs," during a conversation between Dorothy and Sophia. The restaurant is still open and serving its famous crabs and key lime pie today.

In season three, Sophia chats with her friend, Alvin, at what’s supposed to be the Miami Beach Boardwalk. Their sweet conversations brought up the topic of Alzheimer’s on the show, and Sophia became fond of the bench where they sat. Although the actual filming was done on a set, fans can still venture out along the four-mile stretch to take in views of the ocean and the city's luxury beachside hotels.

The Carlyle Hotel in Miami

In a brief spin-off of “The Golden Girls,” Rose, Blanche and Sophia ran a hotel called The Golden Palace (the eponymous show flopped after less than a year). The Ocean Drive property actually does exist, but it has a different name: The Carlyle. The swanky Art Deco-style condominiums have been around since 1939 and have served as the backdrop for a number of other television shows and films such as “Scarface” and “The Birdcage.” Walk past while strolling along the famous street, or dine at the Carlyle Café.

If there’s one thing the girls loved, it was their cheesecake. They would often have heart-to-hearts while sharing a slice, and it’s said the stars consumed over 100 cheesecakes during the show’s run. They never mentioned a favorite bakery in Miami, but fans should head over to Fireman Derek’s Bake Shop, which is known for having some of the best cheesecake in the city. Order the traditional cheesecake or signature key lime pie.

During the season four episode, “Valentine’s Day,” Rose books a girls’ getaway at what she thinks is a mountain retreat. It turns out to be a nudist resort, and they’re stuck spending the night until the bus comes the next morning. In the show, it’s called Sunny Meadows. But you can decide to brave it in the buff just like the ladies by visiting Haulover Beach. It's the largest nude beach in the nation, and less than an hour north of Miami.

In the show, the girls revealed their address was 6151 Richmond Street in Miami, Florida. But the exterior of the home was actually located across the country in Los Angeles, at 245 North Saltair Avenue. The house is still there, so you can drive past on a "Golden Girls" travel tour. (Starting in season two, a replica of the house was built at Walt Disney World’s Hollywood Studios. Fans used to be able to tour the property before it was torn down.)

According to the show's description, “Sophia, Blanche, Rose and Dorothy have worked long and hard to throw the perfect celebration, but will they still be celebrating when they discover that their party guest, Arthur, has not only been two-timing them but three-timing them?”

A love triangle and musical interlude are, necessarily, included in "The Golden Girls" murder mystery. The show is currently running on Fridays and Saturdays through March 30.