At Least 25 Dead in Highway Bridge Collapse in Italy

Articles
Emily McNutt is The Points Guy's Global News Editor and is based in London.
Follow
Aug. 14, 2018
•
3 min read 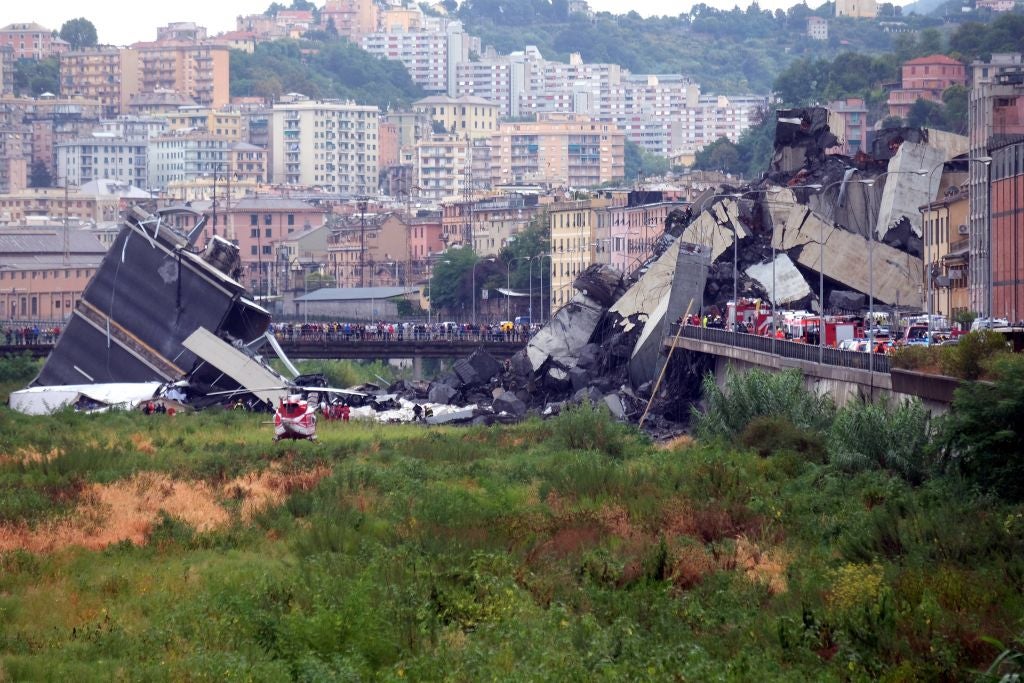 At Least 25 Dead in Highway Bridge Collapse in Italy

At least 25 people died on Tuesday when a major highway bridge near the Italian city of Genoa collapsed, police sources say, leading to some vehicles falling about 330 feet.

Part of the Morandi Bridge fell during torrential rainfall around 11:30am local time (5:30am ET) Tuesday, authorities said. Sources told the Italian news agency ANSA that several crushed vehicles were underneath the rubble with victims inside.

According to the AP, Italian transportation officials said that at least 25 people died and 11 people were injured. The head of a local ambulance service was quoted as saying that there were "dozens of dead." Rescue workers with sniffing dogs were still searching through the rubble to uncover victims, and the exact death toll is still changing.

The Morandi Bridge is one section of the A10 toll highway, which is an elevated portion of the road near Genoa. The collapsed portion is reportedly dozens of meters in length and ran across the span of the Polcevera stream.

One eyewitness told Italian public TV that there was a line of traffic on the bridge at the time it collapsed. A Genoa resident, Davide di Giorgio, was shooting video of the stormy weather when he caught on camera the moment a section of the bridge collapsed.

"I was actually filming the rain so that I could send the video to my parents," di Giorgio told NBC News. "Suddenly the bridge collapsed in front of me, I couldn't believe it. That's one of the most important bridges in the city. Genoa is now cut in half."

Italian Transport Minister Danilo Toninelli said in a tweet that he was following what was likely to be "an immense tragedy."

The Morandi Bridge was built in the 1960s, and underwent construction work in 2016.

Genoa is a northern Italian city with a population of around 600,000 people. While not a large tourist destination in itself, it is close to popular destinations such as the picturesque Cinque Terre and the resort town of Portofino.

All images by ANDREA LEONI/AFP/Getty Images.

*This post has been updated with the latest death toll, 25, and the latest numbered injured, 11.