Flying Southwest Airlines With a Family: Three Ways We Were Surprised

We all have images in our head of how we think things will go, but sometimes the script of real life doesn’t play out the way you imagined. Sometimes it is far worse or more challenging than expected, but sometimes things work out even better than you hoped. Our first family flight on Southwest Airlines in a number of years surprised me in a few ways, and most of them were for the better.

Before we get into the three ways I was surprised on our most recent Southwest Airlines flight, let me add a little background as to why our traveling family doesn’t regularly fly on a pretty family-friendly airline. We flew Southwest regularly when we lived in Austin years ago, but for the past eight years, we have lived a bit north of Houston. Southwest operates out of Hobby Airport, which is on the south side of Houston. Getting all the way through Houston is often very time-consuming and unpleasant, which is not how we like to start and end family trips.

Secondarily to the geography barrier, we have elite status with United that makes flying them pretty easy and comfortable with early boarding, E+ seats, etc. However, when the price differential between United and Southwest using cash or miles was absolutely staggering for our flight to Costa Rica, we decided it was time to again hit the skies with Southwest. 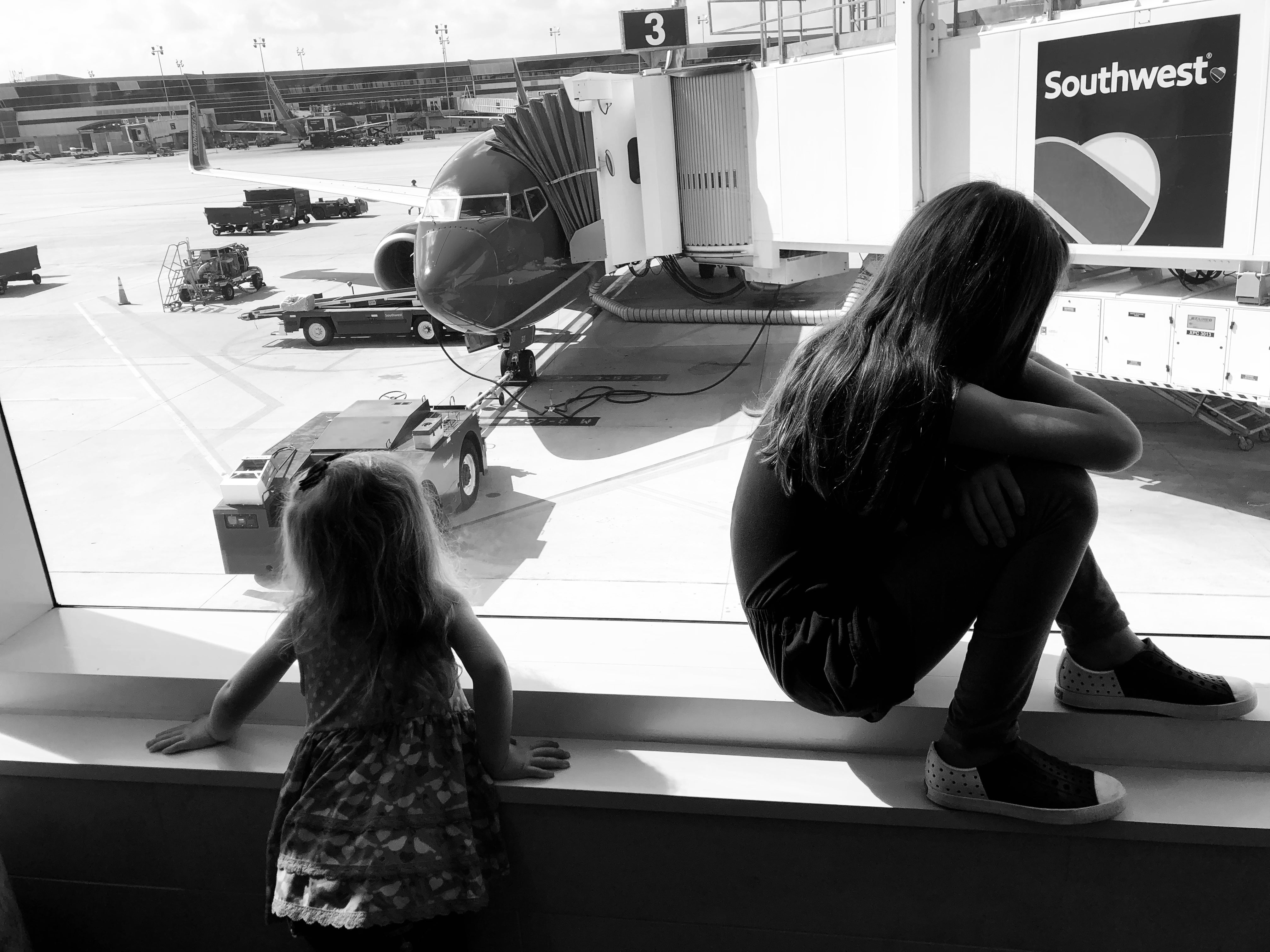 For our outbound flight, we ponied up the extra cash to purchase Early Board Check-In that scored our family spots in the A boarding group. However, we decided to not spend that extra $15 per person on the return and just roll the dice to see what boarding positions we would get at exactly 24 hours before check-in. Our boarding group numbers at 24 hours out were in the B group, but since Southwest offers family boarding between the A and B groups, we would board before they ever got to our assigned numbers. 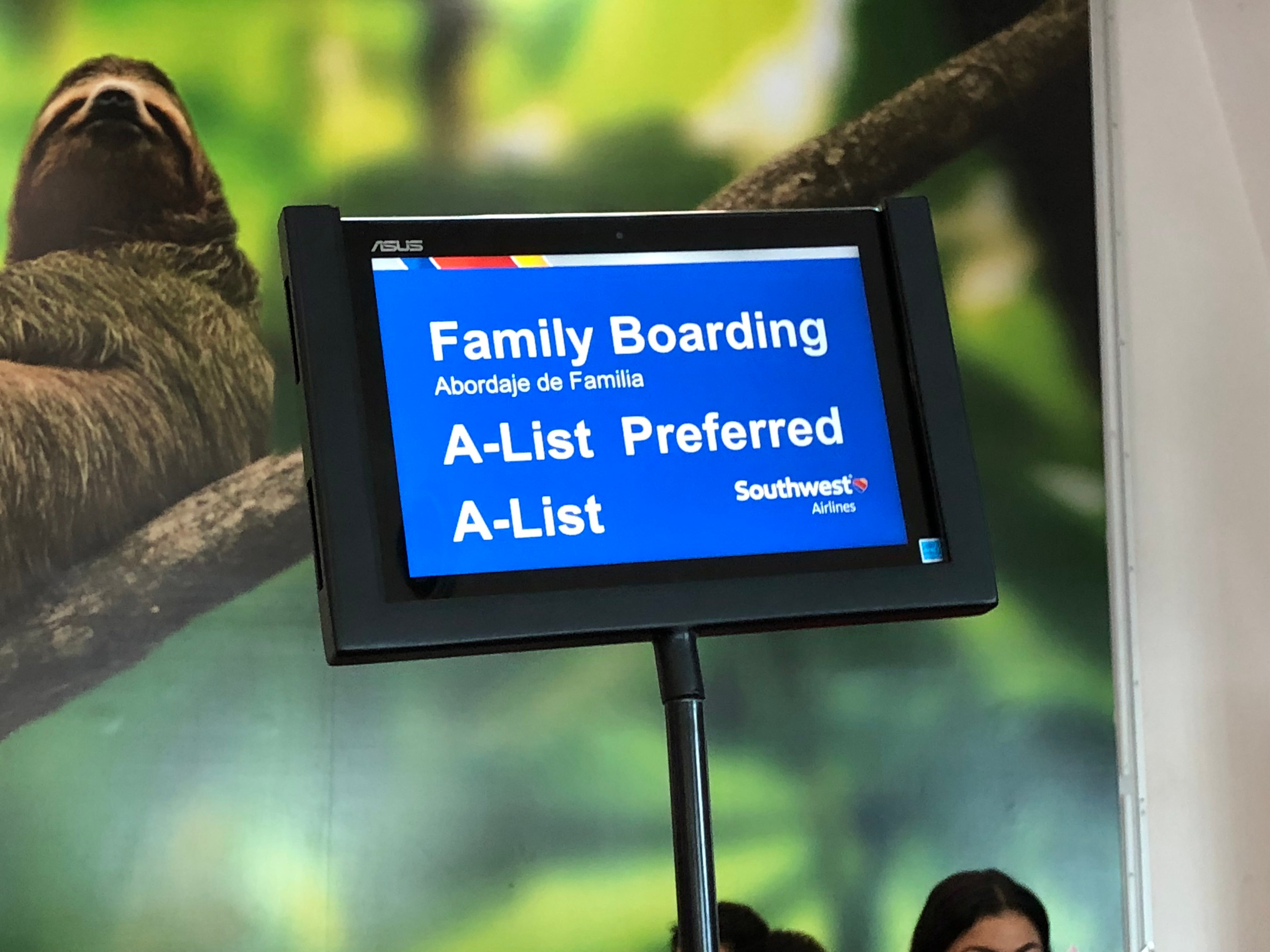 I figured we would be able to get seats together, but likely towards the back of the plane during family boarding. I’m sure that is often the case for those boarding between the A and B groups, but on this particular day, family boarding resulted in Josh scoring his favorite seat of 1C! The rest of us were just behind him together in Row 3. This was a truly pleasant surprise and it made for a comfortable ride home with a quick exit towards customs and immigration ahead of the other 150 or so passengers on the plane. 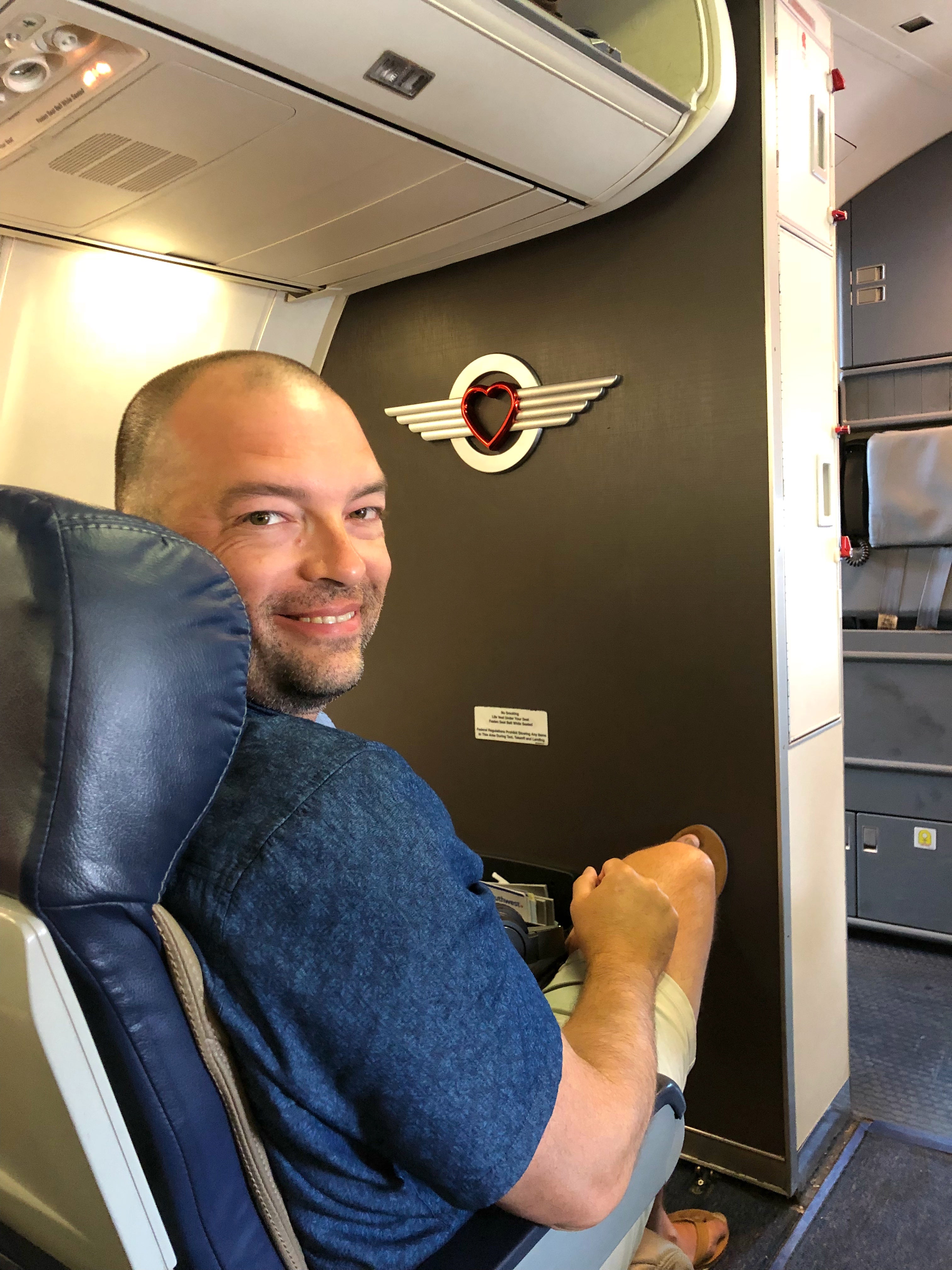 Cups with lids, can I get an amen

While we haven’t flown a ton in recent years on Southwest, my family of four does fly a good amount. We have learned what to expect in most routine airplane related situations. On our recent Southwest flights, we encountered something so helpful, but exceedingly rare, during the drink service. When my kids ordered their normal drinks of juice for the two-year-old and ginger ale for the eight-year-old, something magical happened. The drinks were brought to us not just with those little blue stir-stick straws we sometimes see on other airlines, but with actual lids and straws. 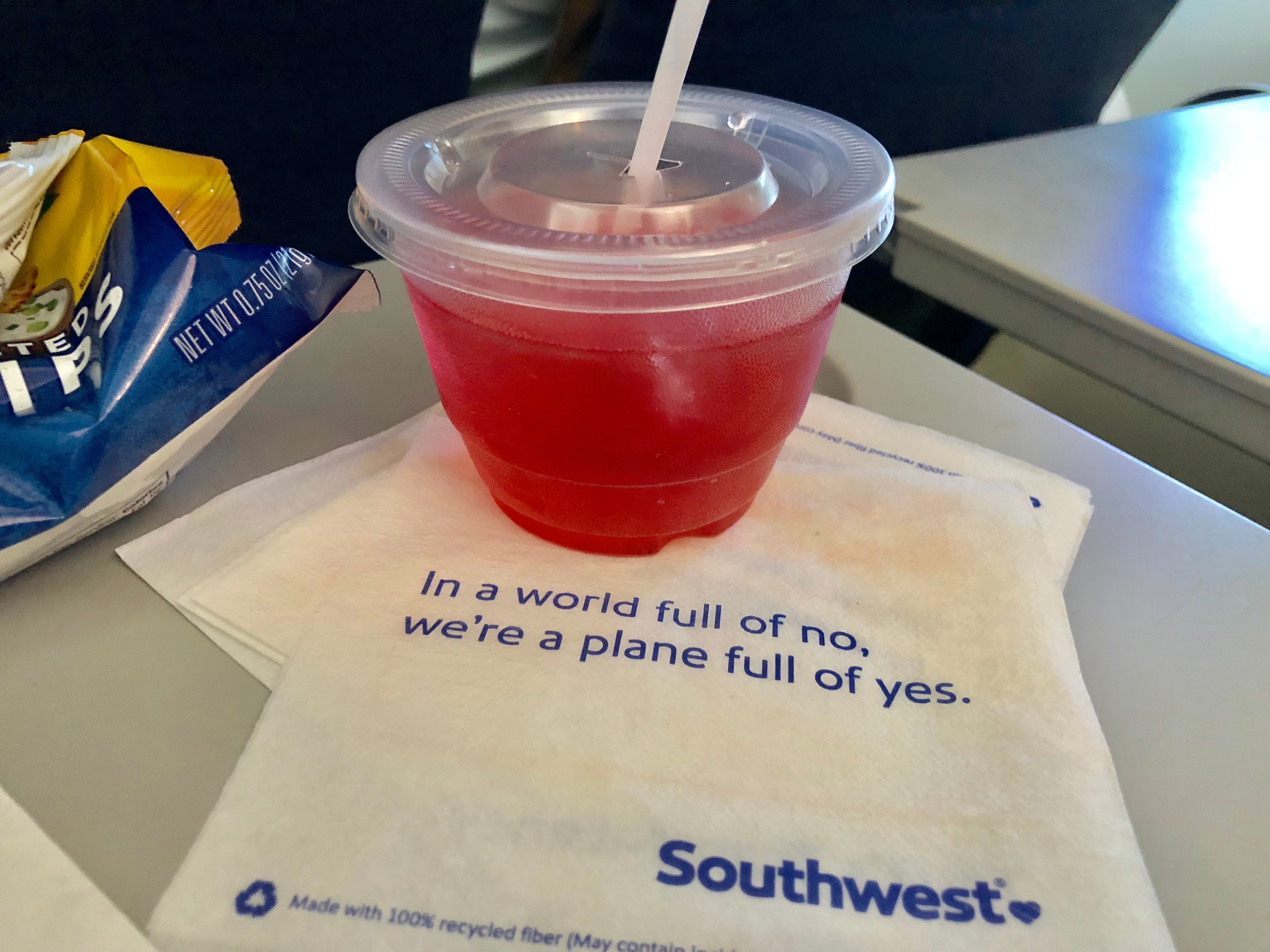 Giving the kids cups with lids is such an obviously positive move for everyone involved, but it is one that most other airlines within the United States have missed. We usually pour my youngest daughter’s drink in her sippy cup, but having a cup with a lid is such a simple but effective family-friendly win. 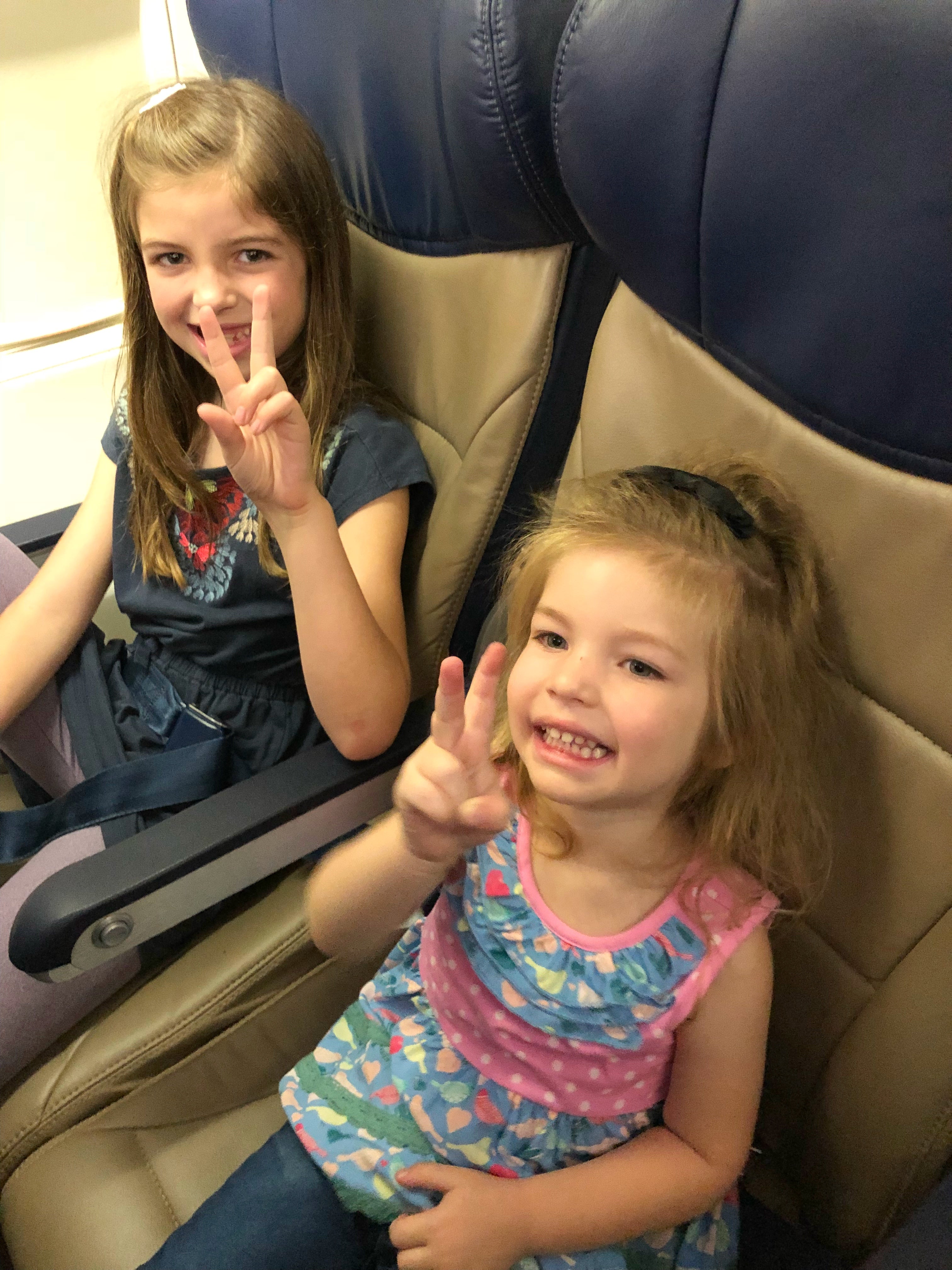 It was surprisingly normal

My Southwest flights of years gone by were often a little different in some ways than my flights on other airlines. I remember bottles of wine being given away to winners of various onboard contests. Flight attendants (and occasionally passengers) would sing over the intercom with some frequency. The onboard atmosphere was often less stuffy and more relaxed than on a traditional US air carrier. 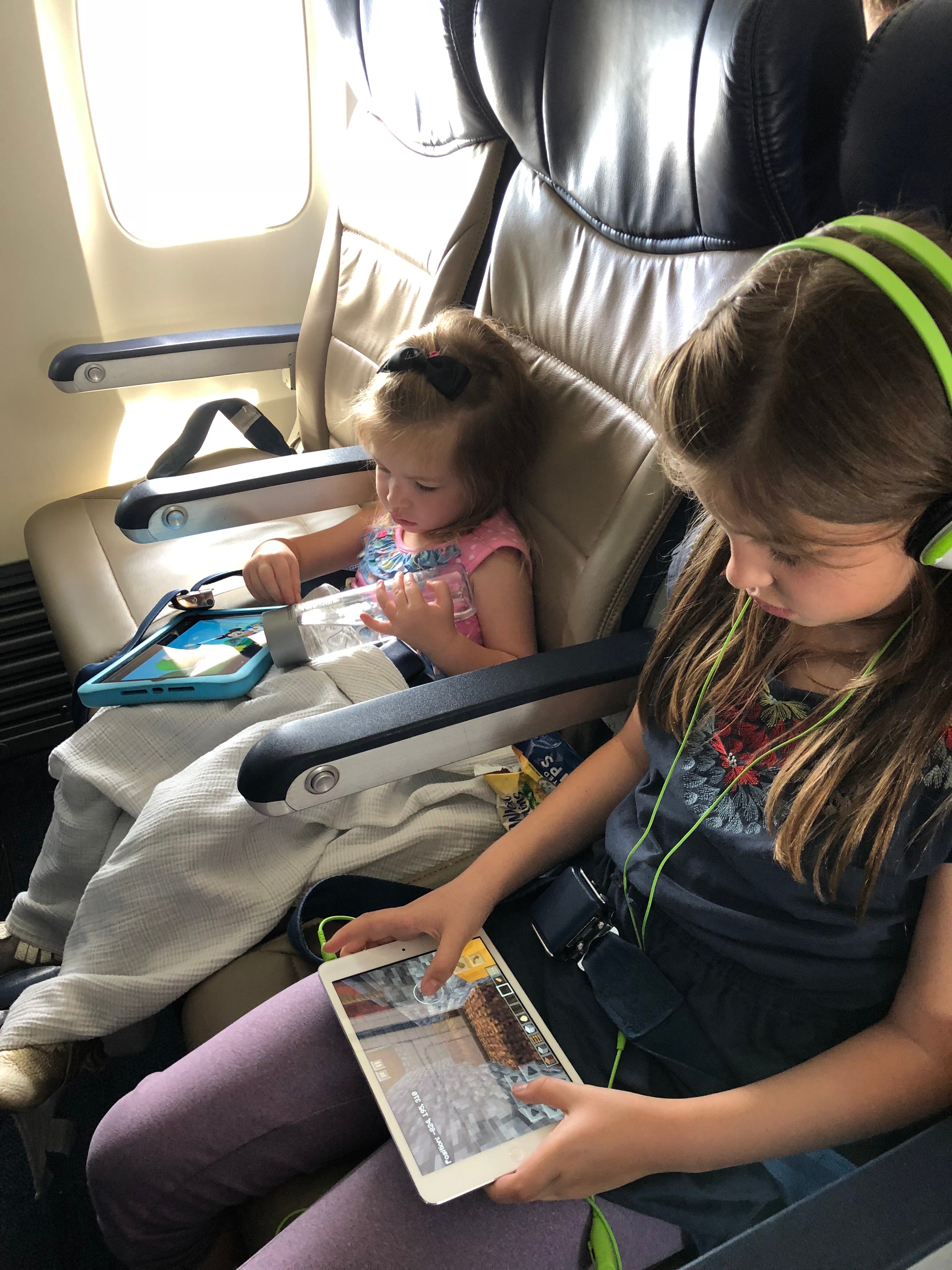 I don’t know if things are still toned down because of their relatively recent heartbreaking incident, but our flights on Southwest felt pretty much like every other flight we take. Sure, the boarding and open seating process is unique and a little stressful when one of your kids has a ‘potty emergency’ right before your group is set to board. Otherwise, flying Southwest felt just like flying economy on Delta or American or United. 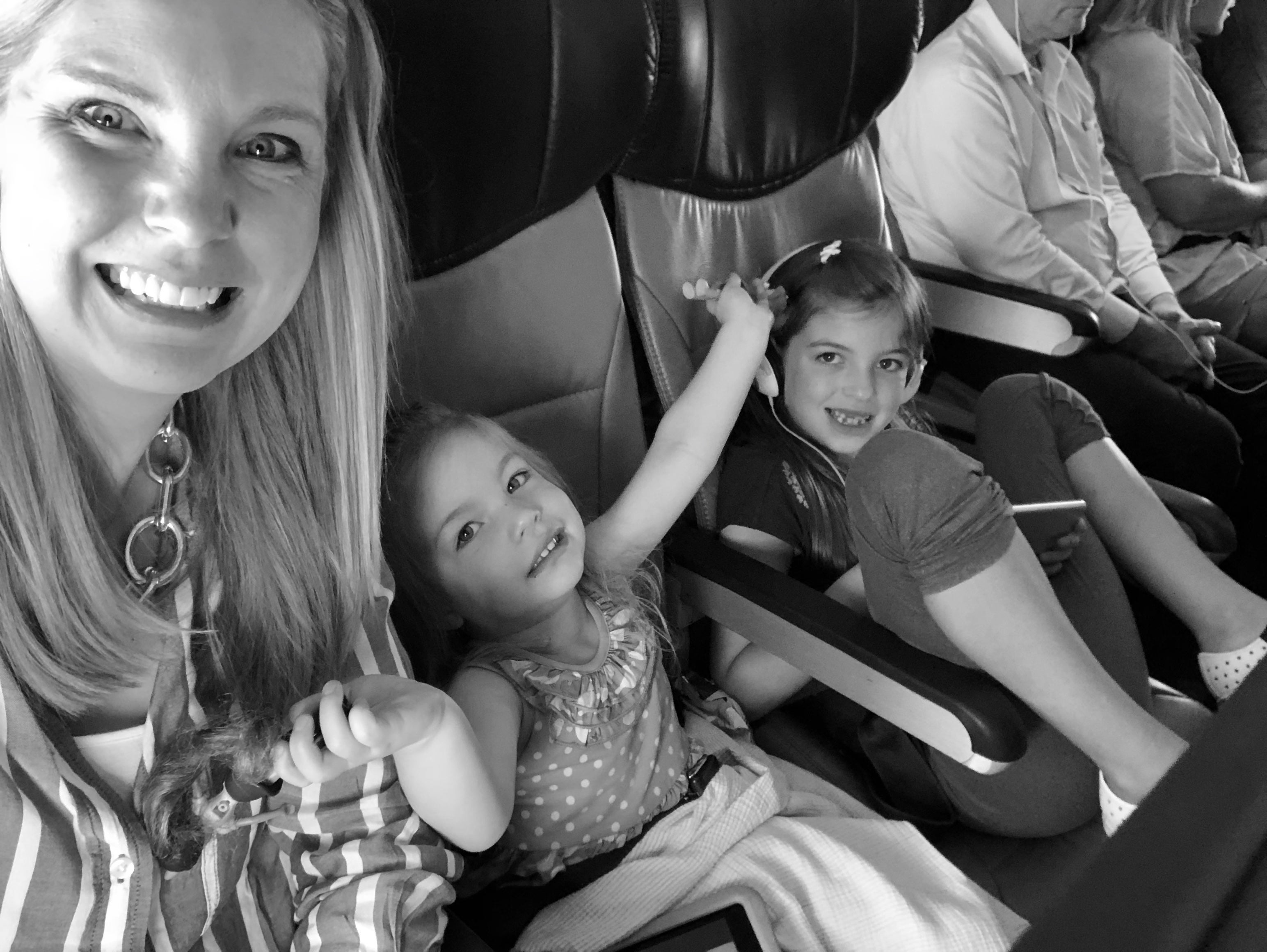 Geography will keep us from being super regular Southwest passengers, but you can bet that we will fly with them again before another eight years pass. I’d love to hear if anything surprises you when flying Southwest these days!

Summer Hull aka Mommy Points, ran the Mommy Points site for families who want to travel more for less using miles and points for seven years and now heads up TPG Family when she isn't exploring the world with her own two girls.
You might like
How I secure empty middle seats — even if an airline isn’t blocking them
News
53m ago
Delta’s swanky Airbus A330-900neo finds a home on a domestic transcon route for the first time
News
1h ago
First look: This new Catskills hotel is raising the bar for hospitality and amenities
Reviews
2h ago