Articles
Alyssa Cerchiai rounds up the top travel stories each week and covers news on the weekends. If you catch her at the airport, she’d happily guest you into the lounge as a proud authorized user of her dad’s Platinum Card by American Express.
Follow
May 31, 2018
•
2 min read 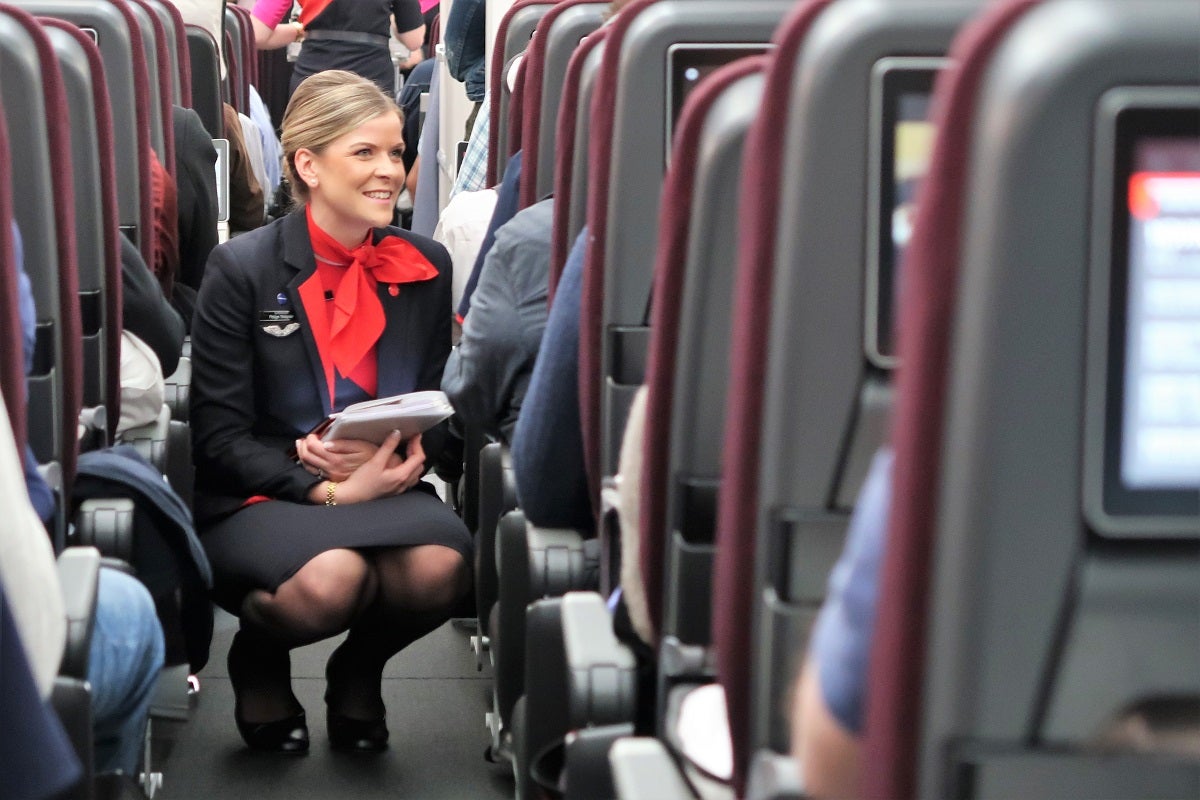 At 30,000 feet up, the safety and service flyers experience is all thanks to the efforts of flight attendants. Today, the faithful members of cabin crews across the world will be recognized by passengers and airlines alike International Flight Attendant Appreciation Day.

"This year we encourage airline management to not only serve cupcakes and say they are celebrating the efforts of Flight Attendants – they need to take action that shows they mean it," Sara Nelson, president of the Association of Flight Attendants-CWA, which represents 50,000 flight attendants at 20 airlines, told TPG.

Instead, Nelson wants airlines and their executives to focus on the industry's pervasive issue of flight attendant sexual harassment.

"We have called on airline chief executives to clearly and forcefully denounce the past objectification of Flight Attendants, reinforce our safety role as aviation’s first responders and pledge zero tolerance of sexual harassment and sexual assault at the airlines. The CEOs of United, Alaska and Spirit have responded and done this – but the rest of the industry has yet to respond," Nelson said.

The harassment of flight attendants could even risk passengers' safety in an emergency, according to Nelson. "It is absurd to think that a group of people frequently harassed for decades can effectively become enforcers during emergencies without this level of clarity about the respect we deserve," she said. "This is the way to truly celebrate International Flight Attendant Day in 2018."

Some airlines have already displayed their appreciation and support for their flight attendants on social media. Here's what they're saying.

Just yesterday we saw Delta Airlines go above and beyond for their employees by teaming up with designer Zac Posen to give them all new uniforms that combine functionality with style. TPG's News Editor Emily McNutt covered the fashion show.

Related stories
Maui magnificence: A review of Kaanapali Alii, a Destination by Hyatt Residence
Target’s big annual gift card sale is this weekend
What are points and miles worth? TPG’s December 2022 monthly valuations
Capital One Venture X to lose Priority Pass restaurants and spa services as of Jan. 1, 2023