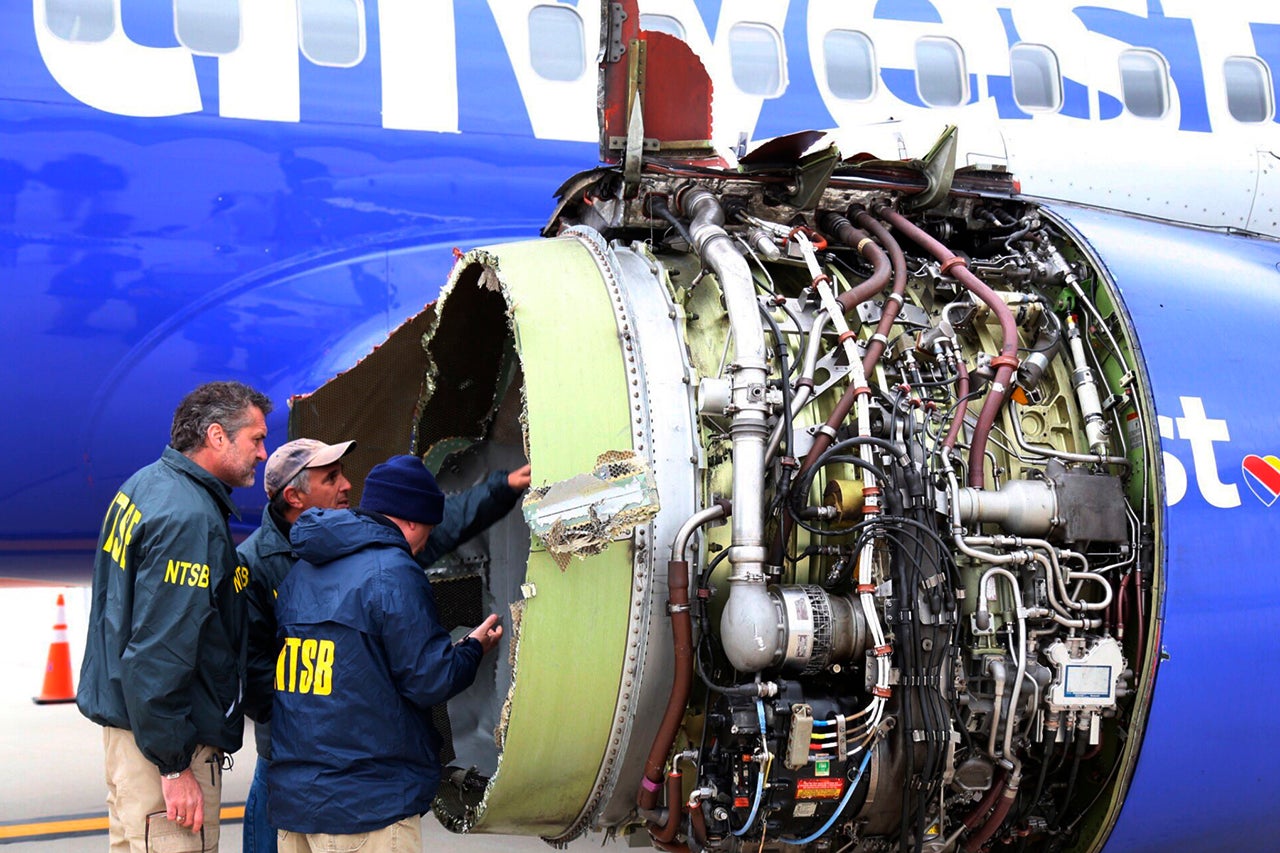 Southwest Crew Describes Chaos on Board Fatal 1380 Flight
This post contains references to products from one or more of our advertisers. We may receive compensation when you click on links to those products. Terms apply to the offers listed on this page. For an explanation of our Advertising Policy, visit this page.

The crew of Southwest Flight 1380 spoke out in its first joint television interview on CBS Thursday.

First Officer Darren Ellisor described how when the engine exploded, he heard a loud bang from the cockpit, then felt the aircraft suddenly yaw 40 degrees to the left. Ellisor then said he grabbed control of the aircraft, turning off autopilot amid alert horns and the rapid decompression of the cabin.

"There was no question that something big was going on," Ellisor said of the sudden commotion.

"You treat the symptoms first and then you analyze the problem," Shults said of the flight deck's strategy for handling the chaos in the cockpit. The duo began to treat the symptoms they were seeing onboard the aircraft — like the plane losing altitude — and began looking for a place to land closer than the flight's final destination. "We just started to do the things we needed to do. We obviously needed a place to land sooner than Dallas." Ellisor noted that Philadelphia (PHL) was close and had a long runway and access to medical care.

The crew also reflected on Riordan's death on board the aircraft.

"The survival of 148 [passengers] never eclipses the loss [of] one," Shults said. "Just from a standpoint of an outsider looking in, she seemed like a woman with a profile of just being beautiful, and in her priorities it seems like she didn't wait until it was convenient or even easy to love her lord and her family and her community. I think she left a beautiful legacy," Shults said of Riordan.

"We saw a lot of things that day that were just unprecedented," Ellisor added. "Things we had never seen in our aviation careers. Things that you're never going to see again. We just had to deal with what we had at the time."

The crew said the bond they made discussing their personal lives in the morning before the flight helped them pull through the chaos. "When you talk about things deeper than the weather, your family and faith, the things that matter to you, even if they're different, it tends to bring a bond," Shults said.

The flight attendants on board the fatal flight told their version of events for the first time. They were not afraid at any point on the flight, they said, "even though our ears had popped from the rapid decompression and there was wind and debris all throughout the cabin," flight attendant Rachel Fernheimer.

"It wasn't about us in that moment," she said of the incident. "It was all about our passengers. We went row by row and made sure that everyone had their oxygen masks on, and we just grabbed their hands, looked them in the eye and said 'you're going to be ok. We're going to make it.'"