Articles
Michael Y. Park is a senior contributing editor who’s written for The New York Times, Reuters, Bon Appetit and others. For TPG, he’s written about Air Force One, immigration and security, airline food and more.
Follow
May 18, 2018
•
3 min read 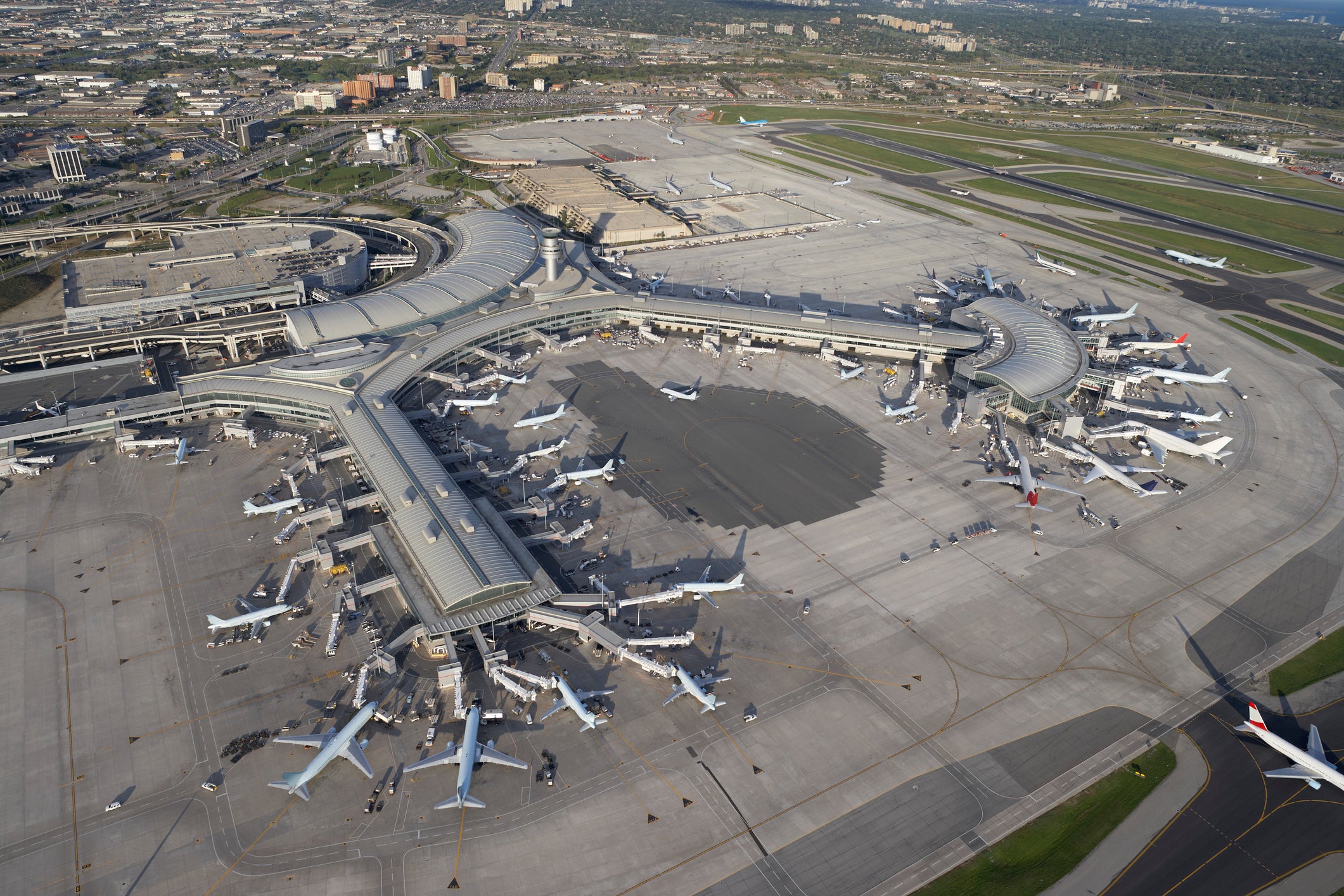 Expect Hour-Long Tarmac Delays in Toronto This Summer Because of Border Agent Shortage
This post contains references to products from one or more of our advertisers. We may receive compensation when you click on links to those products. Terms apply to the offers listed on this page. For an explanation of our Advertising Policy, visit this page.

This story has been updated to include a response received from the CBSA on May 22.

International travelers landing in Toronto this summer can expect to wait up to an hour before being allowed to deplane, thanks to a shortage of border agents at the US-Canada line, according to leaked Air Canada and government memos.

Drivers coming into Canada via southern Ontario can expect similar waits, as Ontario's border and customs agents are pulled away from their current stations to work in processing centers in Quebec — thanks to what Ottawa expects will be a deluge of asylum seekers trying to get into Canada illegally. The shift is expected to last from May 28 to Sept. 16.

A Canadian Border Services Agency memo leaked to The Globe and Mail described the summer border-agent shuffle as a temporary solution to "a significant increase in the number of refugee claimants arriving in Canada without passing through a port of entry," and that most of the transferred agents would be processing asylum seekers at sites in Montreal and Saint-Bernard-de-Lacolle.

Another memo warned pilots that, because there wouldn't be enough border and customs agents at the nation's busiest airport, Toronto Pearson International (YYZ), they should expect to have to wait on the tarmac after landing planes coming in from other countries. An Air Canada pilot told the newspaper that the delays could last an hour or longer. On average, the CBSA processes 40,000 travelers daily at Pearson.

Crew members have been directed to tell waiting passengers that "customs is currently dealing with a staff shortage and the custom hall is at capacity. The GT [Greater Toronto] Airports Authority has therefore asked that we delay the [flight] and remain on board.”

The CBSA, however, told the newspaper that moving the agents to Quebec wouldn't result in delays at Pearson or land crossings in Ontario. Air Canada didn't respond to requests for comment from TPG in time for publication, but the CBSA insisted it would stay true to its 95% rate of keeping wait times at Pearson to 20 minutes or less.

"There is no direct impact on our Pearson Airport operations as a result of the reassignment of Border Services officers to help manage the irregular border crossings at St-Bernard de Lacolle," CBSA spokesman Barre Campbell wrote in an email. "We make the most effective use of all of the options available: We ensure we have a steady stream of trained officers, through the use of overtime and the reallocation of officers, on short-term assignments, to minimize operational impacts."

Jean-Pierre Fortin, national president of the Customs and Immigration Union, told The Globe and Mail that border agents are expecting a large number of asylum seekers coming over the border as soon as the US school year ends. He said the CBSA is seriously understaffed, and has been trying to make up for the coming shortage by hiring students to act as customs agents at airports. Long wait times at Canadian airport customs and border crossings are inevitable, he said.

In the first four months of this year alone, the Royal Canadian Mounted Police stopped 7,612 asylum seekers crossing over from the US illegally outside official ports of entry, mostly in Quebec, almost triple the number who did so in the first third of 2017.