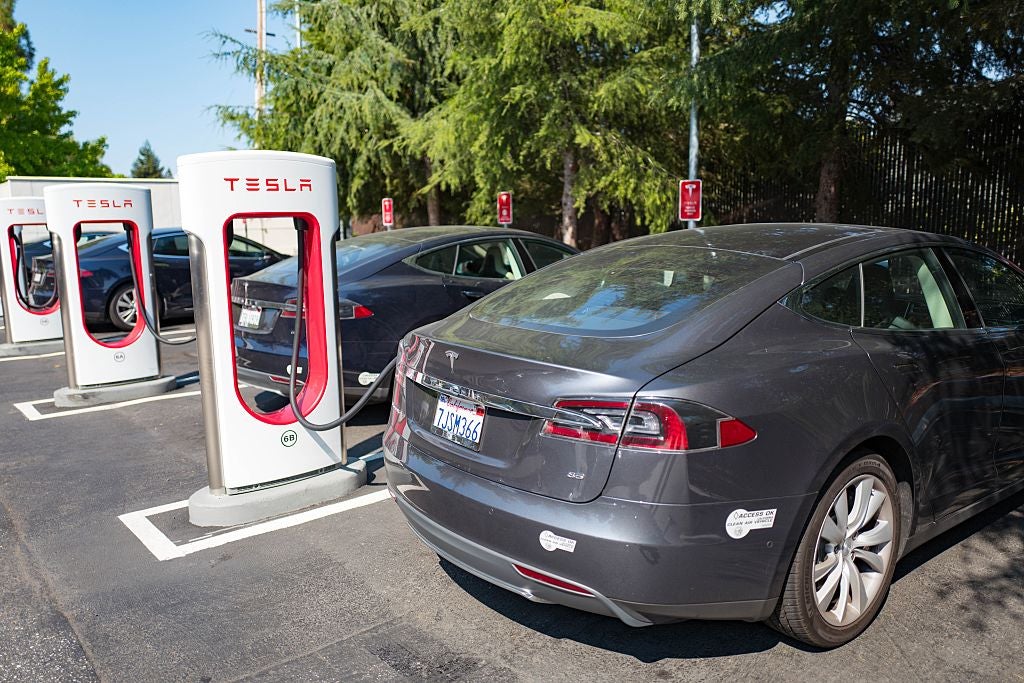 Elon Musk Says Tesla's Autonomous Ride-Hailing Fleet Will Compete With Uber and Lyft
This post contains references to products from one or more of our advertisers. We may receive compensation when you click on links to those products. Terms apply to the offers listed on this page. For an explanation of our Advertising Policy, visit this page.

If Elon Musk didn't have enough on his hands with his space exploration, tunneling and Hyperloop companies — the Tesla CEO is doubling down on the car company's ambitions to create an Uber and Lyft competitor.

"Tesla will operate its own ride-hailing services and compete directly with Uber and Lyft, obviously." Musk said, according to CNBC.

The electric vehicle company will use self-driving cars as the basis for its ride-hailing fleet. Right now the company has semi-autonomous technology in some of its cars but none are yet fully self-driving.

Musk said that Tesla owners will be able to "offer their car, add or subtract to the fleet at will." This indicates that Musk is following up on the promise in Tesla's 2016 Master Plan, Part Deux where he wrote about its cars being apart of a ride-hailing fleet one-day:

"You will also be able to add your car to the Tesla shared fleet just by tapping a button on the Tesla phone app and have it generate income for you while you're at work or on vacation, significantly offsetting and at times potentially exceeding the monthly loan or lease cost," Musk wrote. "In cities where demand exceeds the supply of customer-owned cars, Tesla will operate its own fleet, ensuring you can always hail a ride from us no matter where you are."

Musk compared the proposed ride-hailing service to Airbnb, saying customers cars would be used when all of the Tesla-owned cars were in use.

"If we find in a particular metro [where] there aren’t enough customers who are willing to add their car to the shared fleet, that’s where we’d supplant with the company-owned fleet," Musk said in the earnings call. "So that’s why it’s sort of a combination of the Uber-Lyft thing and Airbnb. We would charge something comparable to how you’d say the App Store works, or I don’t know, we’d charge 30% or something in order for somebody to add the car to the fleet. I think that’s a pretty sensible way to go.”

The service, which in the past has been referred to as the Tesla Network, hopes to be launched by the end of next year. Tesloop, which is unaffiliated with Tesla and ferried travelers between a handful of cities in Southern California and Nevada in the electric cars, was shut down in September.

In addition to Uber and Lyft who are developing their own self-driving cars, Tesla will go up against Waymo and General Motors who have plans to launch autonomous ride-hailing fleets of their own

* The story was updated to indicate that Tesloop was not operated by Tesla but by an unaffiliated company.