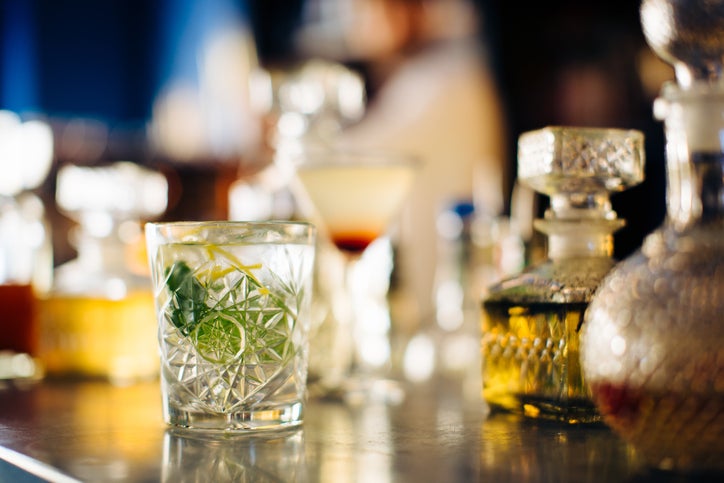 This British Bar Wants to Hire You and a Friend to Travel the World and Drink Gin
This post contains references to products from one or more of our advertisers. We may receive compensation when you click on links to those products. Terms apply to the offers listed on this page. For an explanation of our Advertising Policy, visit this page.

If you’re a gin connoisseur, travel enthusiast or ideally, some combination of the two, we may have found your dream job.

Mr. Fogg’s — a collection of whimsical bars in London named for one of the world's most famous fictional adventurers — has joined forces with Bombay Sapphire gin to hire a global gin ambassador. The winner and his or her chosen accomplice will have 80 days to scour the globe for the best gin on Earth and, of course, document their experiences along the way.

According to the contest announcement, the two gin ambassadors will trace the footsteps of Jules Verne’s intrepid Phileas J. Fogg, from the iconic novel "Around the World in 80 Days," armed with hip flasks and a bespoke Aspinal of London atlas. The trip will take the two imbibers from “Bombay to Hong Kong, Paris to New York, Japan to San Francisco ... although perhaps not in that precise order." For this reason, applicants must be willing to ditch the 9 to 5 from late August until the end of November.

Upon return from the whirlwind odyssey, the explorers will be responsible for concocting an ‘Around the World Cocktail’ made from ingredients sourced during their travels. The cocktail will be featured at Fogg’s Society of Exploration, a new bar opening near the same spot where Phileas Fogg embarked on his fictional expedition. The adventurers will also receive their signature cocktail on the house each time they visit the bar.

All expenses will be covered during the trip, including airfare (and other methods of travel) and accommodations. The winners will also receive “once in a lifetime experiences” coordinated by Bombay Sapphire representatives along the route and, according to a promotional video, an unspecified "wager" for completing the trip in 80 days or less.

Applicants must be at least 21 years of age, be "willing to clothe oneself in Victorian finery" and be solid photographers — or at least know one who is also free to fly around snapping photos of gin cocktails. The lucky adventurers will be selected by Mr. Fogg's and Inception Group (the operating hospitality company), as well as Levison Wood, a writer, photographer and modern-day explorer who has led extensive walking expeditions around the world.

If you know your way around a gimlet or a negroni — and at least a few international cities — be sure to apply before Monday, Aug. 27. And for those who are in the market for a once-in-a-lifetime job opportunity, but not looking for an 80-day buzz (and hangover), there's an island in Greece searching for a caretaker to tend to 55 cats.