Here's How You Can Own a Piece of Disneyland 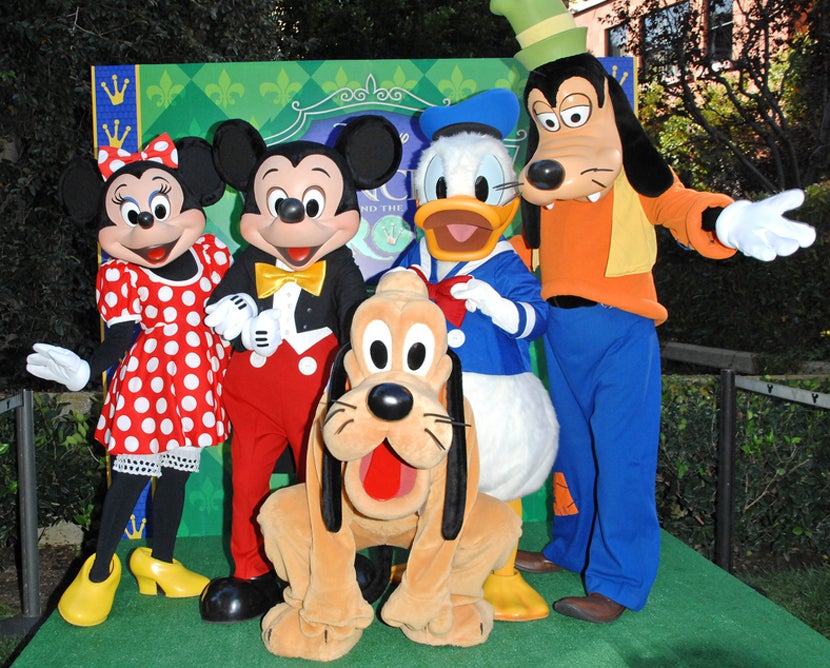 Here's How You Can Own a Piece of Disneyland
This post contains references to products from one or more of our advertisers. We may receive compensation when you click on links to those products. Terms apply to the offers listed on this page. For an explanation of our Advertising Policy, visit this page.

If a trip to Disneyland just isn't in the cards this year there's still a (much cheaper) way for those of you on the West Coast to get your Mickey fix.

For the month of August, visitors can get in on the theme park fun minus the wallet-busting price of admission at That's from Disneyland, a pop-up exhibition of one man's giant private collection of Disney memorabilia that's up for auction later this month in Sherman Oaks, California. The best part? It's free to get in so you can keep saving your pennies for the real thing.

Visitors will find everything under the sun in the 40,000-square-foot-space on display short of Mickey himself: rides, artwork, souvenirs and more.

The collection has been opened to the public by film music agent Richard Kraft, who began collecting Disney memorabilia in honor of his brother David, who passed away in 1993. Kraft writes on the auction site:

"I took in the twinkling lights of Main Street, the distinctive smell of the waters of "Pirates of the Caribbean", the jaunty organ sounds from the "Swiss Family Treehouse", the tangy taste of a Dole Whip outside the "Enchanted Tiki Room", and the smooth, lacquered feel of the queue line handrails for "Splash Mountain". My brother and I had shared all of these indelible sensory experiences during our families annual pilgrimage from my hometown of Bakersfield to the Happiest Place on Earth. And now, with him gone, I could relive our time together with each new trek to the park."

Kraft goes on to say that "what started as Emporium-purchased souvenirs such as maps and guidebooks expanded into owning actual pieces of the park," including everything from a 16-foot letter "D", once part of the signage at the Disneyland Hotel, to those distinctive Disneyland trash cans. On the low end, bidders can expect vintage brochures and maps to go for anywhere from $100-500, all the way up to big ticket items like actual Disneyland ride vehicles, which are expected to go for $50,000-75,000. You can browse the full collection online here.

A portion of the proceeds raised from the auction will go toward research for Coffin-Siris Syndrome, a rare genetic disease that Kraft's 4-year-daughter has been diagnosed with.

"In many ways, I feel like I never really owned these marvels," Kraft said. "They were created for the joy of others and I feel like I was merely the custodian keeping them safe from harm. It's now time for me to swing open the storage doors and say goodbye to these wonderful pieces of Disneyland and give them new, loving homes where they can bring fresh joy and ignite new memories for other Disney enthusiasts."

If you're in the area and thinking of adding a piece of Disney nostalgia to your own collection, the auction will be held Aug. 25 & 26 at 11am in Sherman Oaks. Bids are accepted in person and via mail, phone and fax. Out-of-towners can get in on the action by bidding online at www.vegalleries.com/bidnow.

Featured image by Your friends at the Magic Kingdom would love to see you — and with some careful planning, you can afford to visit them. Photo by <a href="http://www.shutterstock.com/pic-103211714/stock-photo-atmosphere-at-the-quot-the-princess-and-the-frog-quot-world-premiere-walt-disney-studios.html?src=z7t-vHEFN-KnLOKXCIrIdg-1-1" target="_blank">Shutterstock</a>.