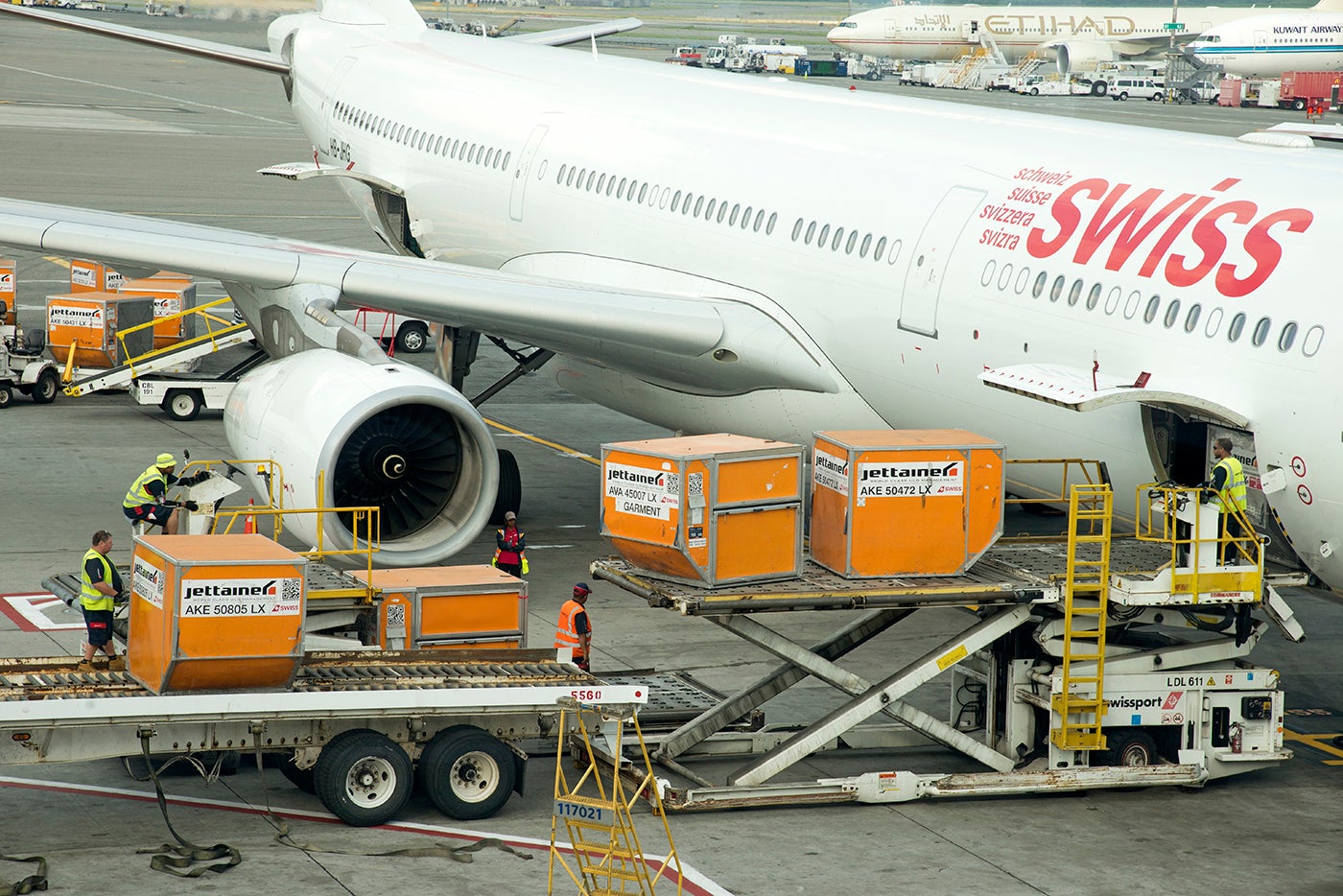 Diamonds, Paintings and Pandas: When Airlines Carry Very Special Cargo
This post contains references to products from one or more of our advertisers. We may receive compensation when you click on links to those products. Terms apply to the offers listed on this page. For an explanation of our Advertising Policy, visit this page.

Gold and diamonds rained down over Yakutsk, deep inside Siberia, last February. It wasn't a metaphor. Gold bars and precious stones literally fell from the sky, to the amazement of onlookers. The cargo hold of an Antonov An-12 cargo aircraft broke open as the plane was taking off from Irkutsk for another city in Russian Siberia, Krasnoyarsk.

The big Soviet-made turboprop transport managed to make an emergency landing, but the $360 million worth of valuables it was carrying on behalf of a Canadian-owned local mining firm ended up scattered all over the runway and beyond.

And it is by no means unusual that under your passenger seat, in the cargo hold, airlines transport highly valuable items such as gemstones and works of art. And when it comes to special cargo, from zoo animals to flowers, airlines face daily the challenge of flying really unusual stuff.

While many airlines may no longer carry hunting trophies out of of principle, live animals are an entirely different matter. We're not talking about pets, like cats or the dogs that have sadly made the news recently. We're talking a whole herd of reindeer flown by Russia's Polar Airlines, or the nine elephants that flew in 2012 from Namibia to a zoo in Mexico on a Boeing 777F freighter owned by LAN (now Latam).

FedEx even painted a special livery on one of its 777Fs when it transported Bao Bao, a panda cub, from Washington, DC, to its new home in China. KLM has also ferried pandas to and from China.

All these animals traveled in special crates, but when it had to fly a bear cub from Khabarovsk in Russia’s Far East to Moscow, the (now bankrupt) airline Transaero opted for putting it in the cabin instead. From the pictures published by a Russian news site it looks like she was in business class, too. And it looks like she was much nicer about flying than the crocodile that, somehow, managed to break free from the crate it was being transported in on a domestic Australian flight. It was found roaming the cargo hold shortly after landing.

Certain special cargo types are very closely linked to specific destinations. For example, airliners flying between Nairobi and Amsterdam Schiphol often travel with their bellies full of cut flowers growen in Kenya. Upon arrival in the Netherlands, they will then be distributed all over Europe in a matter of hours.

At some airports on North America’s Eastern seaboard the star cargo are live lobsters. Halifax, Nova Scotia, has even established dedicated cargo services delivering tons of live lobsters to Asian markets every week. Yes, that means there's a flight between Seoul and Halifax, and that it's chock full of lobsters. Not that you need to rent a 350-ton freighter jet if you need to bring home some lobsters: Top quality seafood doesn't necessarily travel in the cargo hold. As weird as it may sound, it is actually possible to fly with live lobsters in your carry-on luggage, as long as it is properly packaged. Plenty of stores, in airports and towns in coastal Northeast US and Canada, will package lobsters properly for you.

Hawaiian Airlines is another carrier used to moving living creatures around — although not for consumption. "We assist Hawaii’s wildlife conservation initiatives by transporting a number of engendered species, including Hawaiian Green Sea Turtles and several native birds, to and from sanctuaries located throughout the state. Bird species have included the beloved Hawaiian Nene Goose, the Red-Footed Booby, the Hawaiian Petrel, and the Black-Crowned Night Heron," said Brad Matheny, managing director of cargo at Hawaiian Airlines. And it's not just fancy birds: “Kailua-Kona, in the island of Hawaii, is the largest producer of queen bees in the nation, so we also ship queen bees from Kona to various parts of the US and Canada." Hawaiian doesn't have cargo-only aircraft, so the birds and the bees travel in special containers in the belly holds.

Thoroughbred horses and racehorses must be among the most consistently profitable animals for airlines to transport. Lufthansa, Emirates and Qatar Airways have each built dedicated facilities to cater to this very special market. Dubai World Airport (DWC), for example, has dedicated horse stalls and a ramp dedicated to horses. To give an idea of the magnitude of this operation, in the first four months of this year, Emirates transported a total of 155 racehorses. The animals are moving often across continents as demanded by the racing calendar.

Wealthy people in the United Arab Emirates are big on luxury cars too, and both Emirates and Etihad have launched services specially designed for a very niche but lucrative market: Picking up cars at Emirati airports and ferrying them to Europe or the US. If you stumble upon a Lamborghini or a Ferrari with an Emirati license in London, that's most likely how it got there — either on a dedicated cargo jet or in the baggage hold of a passenger jet. Yes, the belly holds of a 777 are big enough for a car.

But sometimes, there's cargo on board even more exclusive than supercars.

A Picasso was among the $500 million of valuables said to have gone down with Swissair Flight 111, in 1998. Only a five-inch patch of the masterpiece was recovered from the crash site, in the North Atlantic off Canada. Fortunately, most works of art that fly get safely to their destination. In September 2017, for example, KLM transported 63 works by several Dutch masters from Saint Petersburg (LED) for an exhibition at the Hermitage Amsterdam, in a homecoming of sorts for paintings that had left the Netherlands some three centuries ago.

Art logistics is a complex endeavor, requiring a very close monitoring of security and safety risks. Artworks and antiques travel in the company of couriers, professionals with specialized expertise who keep an eye from the piece(s) in their charge throughout the journey. They can't be in the cargo hold with the paintings, but they won't board the plane until they are satisfied the goods are on board and secured properly.

Upon arrival at their destination, the artworks may be granted quarantine status, so that the specially protected crates they travel in can be sped through customs. After unloading, it is often necessary to wait one or two days to open the crates, in controlled temperature conditions, to make sure that sudden environmental changes do not affect the artwork. And just as royals or top government and corporate officials do, when several artworks must be shipped at the same time — for example to an exhibition overseas — they may travel on separate planes as a safety measure.

But perhaps the most valuable cargo of all, because it is literally vital, is medical-related. Organs, blood and live tissue are also frequent flyers, saving lives around the planet on a daily basis.