Delta Buys More Airbus A220s, Even Before Flying the First One

Articles
Max Prosperi is a part-time frequent flyer and travel writer and full-time student. Based in St. Louis, Missouri, Max covers a variety of topics with a focus on points, miles, and aviation.
Follow
Jan. 09, 2019
•
3 min read 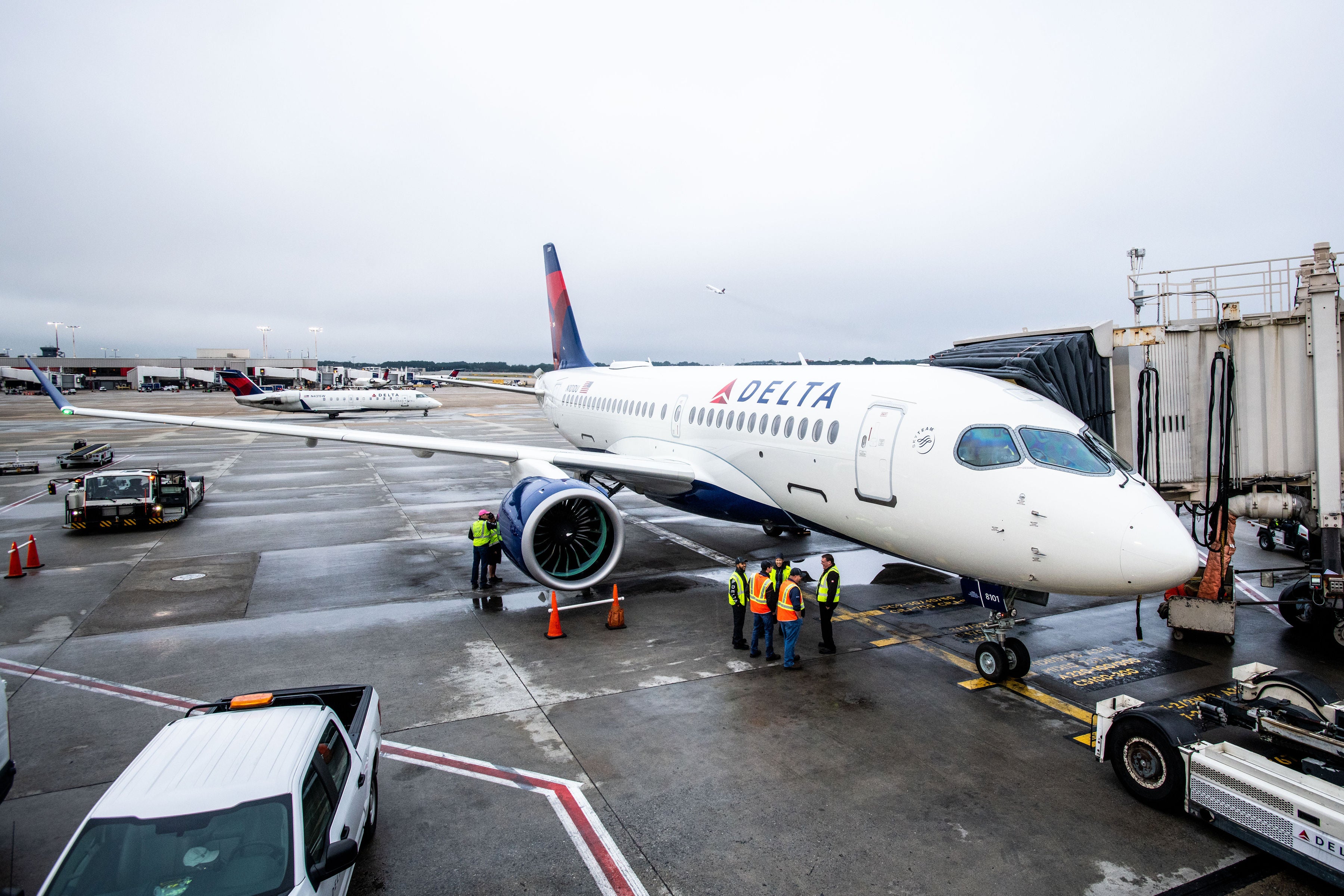 Delta Buys More Airbus A220s, Even Before Flying the First One
This post contains references to products from one or more of our advertisers. We may receive compensation when you click on links to those products. Terms apply to the offers listed on this page. For an explanation of our Advertising Policy, visit this page.

Delta is betting big on the Airbus A220 as its new workhorse for regional flights, by ordering more — even before the plane is scheduled to debut in service on January 31.

The airline announced on Wednesday it has ordered an additional 15 A220 aircraft, taking the total number to be delivered over the next few years to 90. The additional orders are for the larger Airbus A220 variant, the -300. Delta cited a variety of reasons including "sustainable efficiency" for ordering more of the Canadian-built single-aisle jets which it plans to introduce on short-haul routes this month. This new order brings Delta's total orders for the A220-100 to 40 aircraft of the shorter -100 model and 50 of the -300 model.

In a press release, Gil West, Delta's Chief Operating Officer, stated that "These additional A220 aircraft will continue to strategically enable Delta to refresh our fleet, drive further advances in the customer experience and serve as an excellent investment for our customers, employees and shareowners for Delta into the next decade...We look forward to taking our first A220-300 in 2020 at the Airbus assembly facility in Mobile, Alabama." The deal is valued at over $1.3 billion had Delta purchased the aircraft at sticker price. However, this is rarely the case as airlines typically receive aircraft at a significantly discounted price.

The Airbus A220 was previously known as the Bombardier C-Series — until October 2017, when Airbus announced it would take control of the program. At the time, Bombardier's C-Series program was widely considered to be a commercial failure, with multiple delays and few orders. However, looking to branch out into smaller aircraft, Airbus revived the program and rebranded it as the Airbus A220. Following Airbus's takeover of the C-Series program, rival manufacturer Boeing began courting Brazil's Embraer to take over its E-Jet program, the A220's only real rival in the 100-120 seat passenger jet market. While the C-Series was far from profitable, the E-Jet program has been quite successful, although it has been in operation for longer.

Two other US airlines have also placed orders for the Airbus A220: JetBlue and the start-up low-cost carrier currently known as Moxy. which hasn't begun flying yet. The A220 is designed to serve short- to medium-haul routes that cannot economically support larger aircraft.

The first routes to see Delta's Airbus A220s include New York-LaGuardia (LGA) to Boston (BOS) and Dallas-Fort Worth (DFW). Delta will deploy the A220 on additional routes on a rolling basis throughout 2019. The ongoing partial government shutdown has sparked concerns that the debut may be delayed as the Federal Aviation Administration, which must issue safety certifications for new airplanes, cuts down on its operations. Delta has however said that no changes to the schedule are planned. Delta's A220s will feature First Class, Comfort+, and Economy with seatback in-flight entertainment, high-speed Wi-Fi, and power outlets throughout all cabins.

Sign up for our daily newsletter
Featured image by CHRIS RANK