Articles
Darren Murph holds a Guinness World Record as the planet's most prolific professional blogger. He's an explorer at heart, having traversed nearly 50 countries and all 50 US states. He's flown over one million miles on Delta alone, and serves as a senior writer at TPG.
Follow
March 26, 2019
•
4 min read 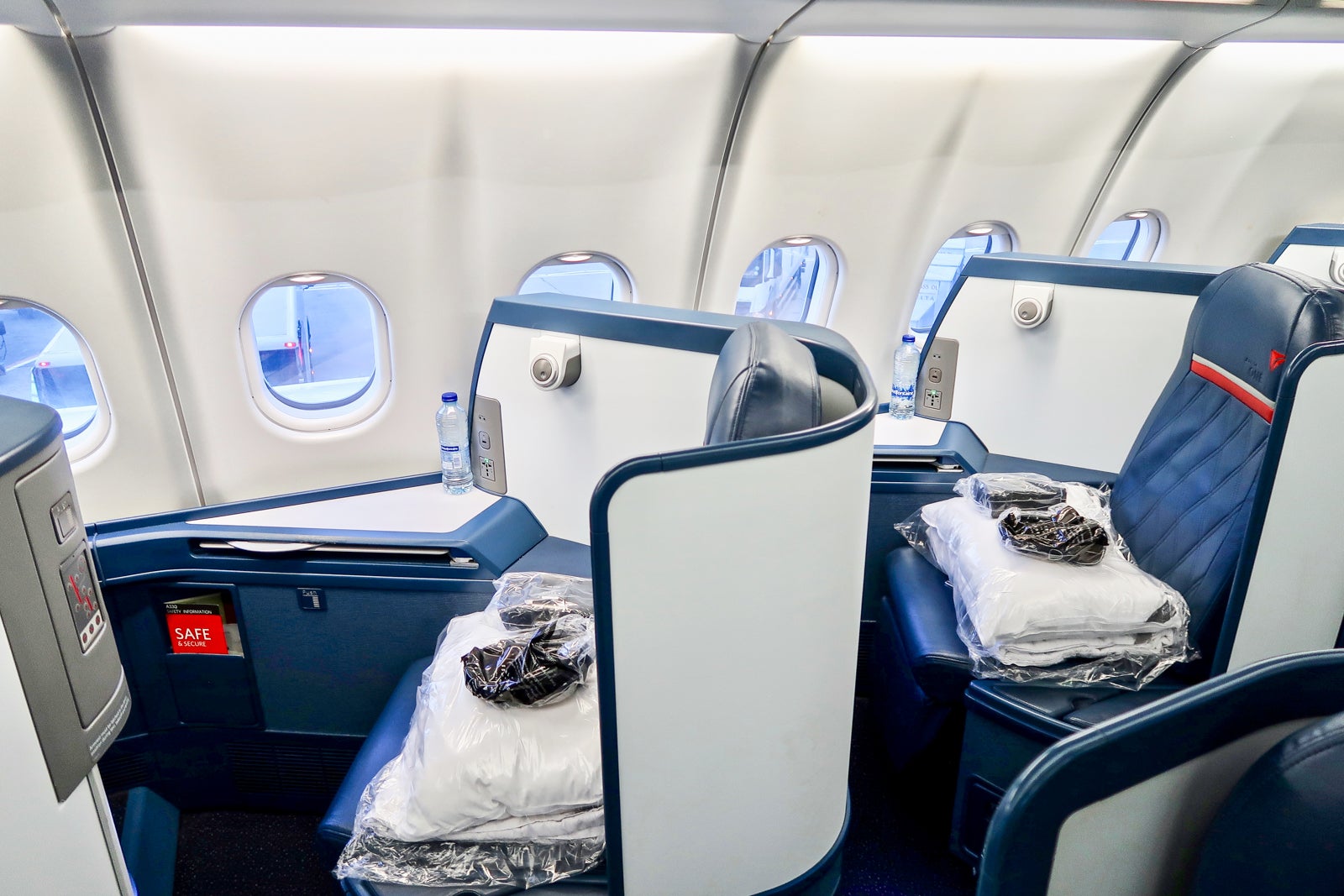 New Puerto Rico Service Brings Delta One Lie-Flat Seats to The Caribbean
This post contains references to products from one or more of our advertisers. We may receive compensation when you click on links to those products. Terms apply to the offers listed on this page. For an explanation of our Advertising Policy, visit this page.

Delta's adding a rather unusual route this coming winter. Beginning Dec. 21, 2019, it will use an Airbus A330-300 between its home base in Atlanta (ATL) to San Juan, Puerto Rico (SJU). It's noteworthy for a couple of reasons, one being that it gives sun-starved flyers an opportunity to experience a lie-flat Delta One seat on a Caribbean route that doesn't require a passport.

The A330-300, coded as 333 within Delta's operational charts, is a massive wide-body jet typically reserved for longer international flights such as London (LHR) to New York (JFK), a route that we reviewed earlier this year. With 293 seats split between Delta One (34), Delta Comfort+ (40) and Main Cabin (219), it will be one of the largest planes to serve the island from the US mainland.

Fares for the A330-300 inaugural to Puerto Rico are on sale now, with one-way cash rates ranging from $515 (economy) to $709 (Delta One). Round-trip fares are slightly more reasonable, ranging from $783 (economy) to $1,171 (Delta One). Clearly, the holiday price premium is in effect, though that's not a terrible price to pay to spend nearly 8 total hours in Delta One.

That said, Delta is selling the seat as "first," rather than calling it out as Delta One, which means you should temper your expectations about amenities and meals. The service, food and amenity kit will likely more closely resemble Delta domestic first class, although the joy of riding in a fully lie-flat seat can't be understated.

Seating is wide open for the inaugural flight, which is great news for those looking to get a jump on where they'll spend their Christmas holiday.

Between Nov. 3 and Dec. 18, 2019, Delta will operate the route using a Boeing 757-200, featuring 20 recliner-style first class seats, 29 Comfort+ seats and 150 economy seats. That's still marked as an upsizing to handle Thanksgiving traffic, but the forward cabin will have the usual domestic first class layout rather than Delta One.

Points and miles aficionados can pair a Delta One seat with a redemption at two of Puerto Rico's finest properties, the St. Regis Bahia Beach Resort and Dorado Beach, A Ritz-Carlton Reserve, which we visited earlier this year following significant makeovers.

Delta is making the move to accommodate demand. As Puerto Rico's revival continues post-Hurricane Maria, the airline is expecting a surge in passengers looking to reconnect with family over the winter holiday as well as leisure passengers looking for warmth.

Red Ventures, The Points Guy's parent company, is deploying $100 million via Forward787 to boost Puerto Rico's economic revitalization through investments in human capital, technology and business modernization. You can learn more about the project, as well as apply to work with us, right here.

Featured image by Delta hasn't yet announced aircraft type, but it may use the A330 currently serving JFK-LHR (Photo by Christian Kramer / The Points Guy)