Delta overhauls the onboard experience, goes all-in on sustainability 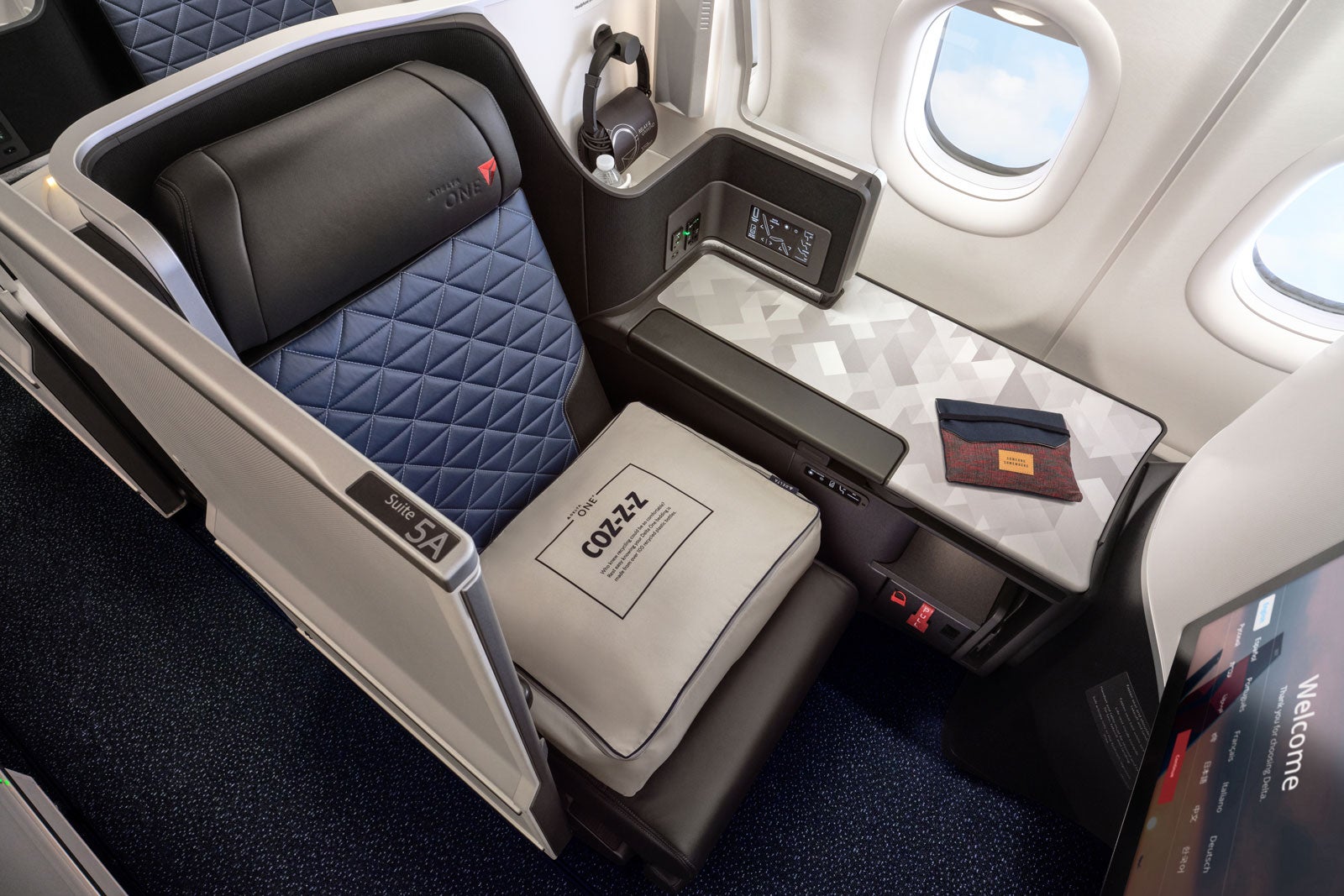 Delta is rethinking many aspects of its onboard experience with sustainability in mind.

The Atlanta-based carrier announced on Tuesday an overhauled inflight service concept, which will see new amenity kits, bedding, cutlery and beverage selections available across most of its flights in the days and weeks to come.

The nose-to-tail product revamp was completed with two goals in mind: to reduce single-use plastic waste and to support minority and women-run businesses.

And if Delta's latest product choices are as sustainable as the company says they are, then the airline is making significant progress in its eco-conscious initiatives. Altogether, the products will reduce plastic consumption by nearly five million pounds annually, according to the airline.

"We want to protect our planet and the people on it, and the products we provide onboard are the latest way we’re living out this commitment," said Amelia DeLuca, vice president of sustainability in a statement.

We'll break down each of the new products below.

Highlighting the new onboard experience will be Delta's new business-class amenity kits, specifically designed for the airline by Mexican apparel brand Someone Somewhere.

The new kits are launching in February, with most of the contents that you used to find in Delta's previous "goodie bags" for business-class flyers. This includes a Someone Somewhere eye mask, Grown Alchemist natural lip balm and hand lotion, and a Humble Co. bamboo toothbrush.

The bag itself will now be made from a woven fabric material in Delta colors and there will be two designs at launch.

Of course, the new amenity kits mark the end of the airline's partnership with Tumi for Delta One passengers. Some travelers (and road warriors) might miss the legacy product, but Delta says the new ones are better for the environment.

The new amenity kit eliminates five single-use plastic items such as zippers and packaging, reducing plastic use by up to 90,000 pounds on an annual basis.

Additionally, the airline's partnership with the brand has created jobs for more than 250 people in five of Mexico's most vulnerable states, according to the airline.

When it comes time for meal service, don't expect to eat with a plastic fork and knife on Delta. Instead, Delta will transition much of its onboard service to include bamboo cutlery throughout the year.

The airline already offers biodegradable utensils in domestic first class and on select international flights. The airline will roll out similar dishware later this year throughout its international coach experience, which together will reduce plastic waste by up to 4.3 million pounds annually.

Those seated in Delta Premium Select and Delta One cabins will continue to enjoy metal silverware that's cleaned after each flight.

To eliminate the use of plastic cups, Delta will begin stocking two new aluminum-canned wines from Imagery Estate Winery on domestic flights.

Domestic transcon flyers will have a pick between Imagery's Cabernet Sauvignon and Chardonnay starting later this week, followed by a broader rollout to all domestic flights later this year. The former retails for $20 a bottle, while the latter costs a few dollars less ($17).

I'm no oenophile, but I wonder if (and how) canned wine will taste different than if it were poured from a bottle.

Along with the new products, Delta is reminding travelers about its latest bedding offerings. The airline's pillows and blankets are now made from eco-friendly materials that utilize more than 100 recycled plastic bottles for each set. Additionally, the new pillow and duvet are provisioned in a laundered zipped bedding bag, instead of single-use plastic wrap.

Delta started to quietly roll out this new bedding package late last year, without formally making an announcement until this latest press release.

Just like the amenity kits, some long-time Delta flyers might miss the airline's previous bedding options, which were provided in partnership with Westin Heavenly Bedding.

Delta is going all-in on sustainability with its revamped onboard experience.

While that's great news for the environment, it'll definitely be a change for long-time flyers. Instead of well-known brands like Tumi and Westin, the airline is sourcing its latest amenity kits and bedding from smaller, more eco-conscious partners.

Whether that's good news will likely depend on your personal preferences, but one thing is for certain: Delta is making good on its promise to be more eco-friendly.

In fact, right before the pandemic, Delta announced that it would pledge $1 billion to become fully carbon neutral by 2030.

"You can’t have a sustainable business model if you’re not creating a sustainable environment for your customers to feel good about what you sell,” Delta CEO Ed Bastian said.

Featured image by (Photo courtesy of Delta)
Editorial disclaimer: Opinions expressed here are the author’s alone, not those of any bank, credit card issuer, airline or hotel chain, and have not been reviewed, approved or otherwise endorsed by any of these entities.