Crossbow Hunting May Soon Happen Right Next to Philadelphia Airport 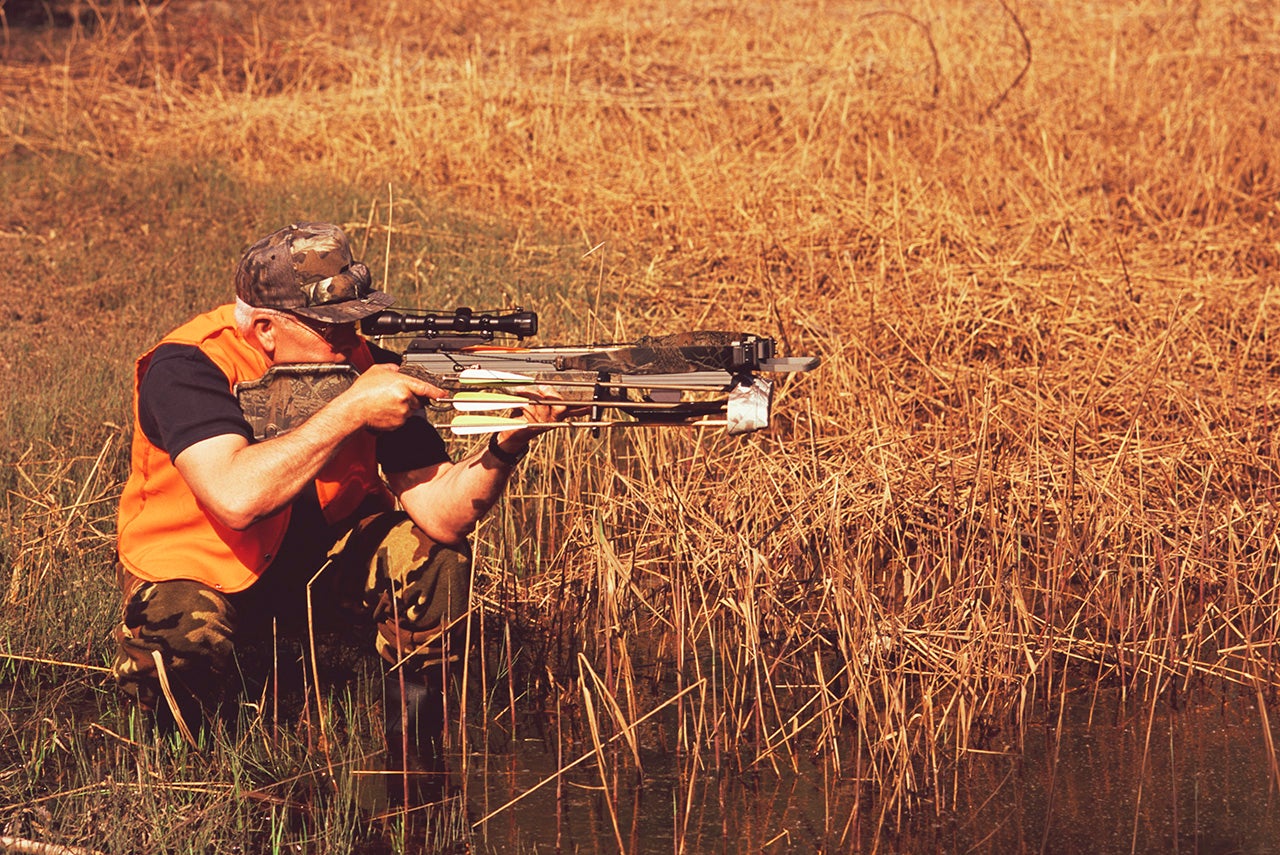 Crossbow Hunting May Soon Happen Right Next to Philadelphia Airport
This post contains references to products from one or more of our advertisers. We may receive compensation when you click on links to those products. Terms apply to the offers listed on this page. For an explanation of our Advertising Policy, visit this page.

Flyers leaving and coming into Philadelphia International Airport (PHL) may soon be sharing the airspace with arrows and crossbow bolts. The neighboring wildlife refuge is proposing to open up sections to deer hunters later this year.

Hunting would be allowable for the first time in designated areas of the John Heinz National Wildlife Refuge at Tinicum, a 1,200-acre sanctuary on the Delaware estuary. The airport is wedged between the refuge to the north and northwest and the Delaware River to the east and southeast. The airport and refuge are separated by Interstate 95.

According to the government agency in charge, your plane won't risk being hit by a crossbow.

"Visitors to the airport won't really know that the hunting is going on," Mariana Bergerson, deputy refuge manager for the US Fish and Wildlife Service at the refuge, said in a phone interview. "There won't be any visual or safety impact to them at all."

Approximately 170 acres of upland terrain would be open to no more than 12 hunters of white-tail deer at a time, with all nearby trails and paths closed off to the public during hunting season. By law, only bow and crossbow hunting is allowed in the city, so no firearms would be involved. The effective range of most bows and crossbows is well under 100 yards, so it's highly unlikely any stray shots would end up in the airport or on the highway, Bergerson said.

"Safety is our top concern," she said.

Airport officials said they don't have a problem with the hunting idea.

"The proposed area is on the other side of I-95, actually, so there's a huge buffer there," spokesperson Diane Gerace said. "Our position is the proposed bow hunting should not have any effect on the airport, since the hunting zones are far enough away and it certainly looks like they're taking enough precautions to keep this safe."

If anything, Bergerson said, culling the refuge's deer population may make the area safer for PHL flyers, as overpopulation has caused incidents where deer have run onto nearby roads and posed traffic hazards. The deer have also been interfering with local flora and fauna by overgrazing on important plant species at the wildlife refuge.

No deer have made their way onto the airfield, Gerace said.

"We have a perimeter fence that's over 10 feet tall and quite sturdy, so they can't jump over the fence or burrow under it," she said.

The US Fish and Wildlife Reserve is currently taking public comment on the proposal. If approved, hunting on the Heinz refuge would begin this September, and would be expected to cost $9,000 a year to manage.

The Federal Aviation Administration didn't return requests for comment by publication. Circulating reports of an aircraft being hit or taken down by arrows or crossbow bolts, however, have been proven false.

This story has been updated to include comments from Philadelphia International Airport.