The Critical Points: The world's busiest airport needs to improve its security checkpoint 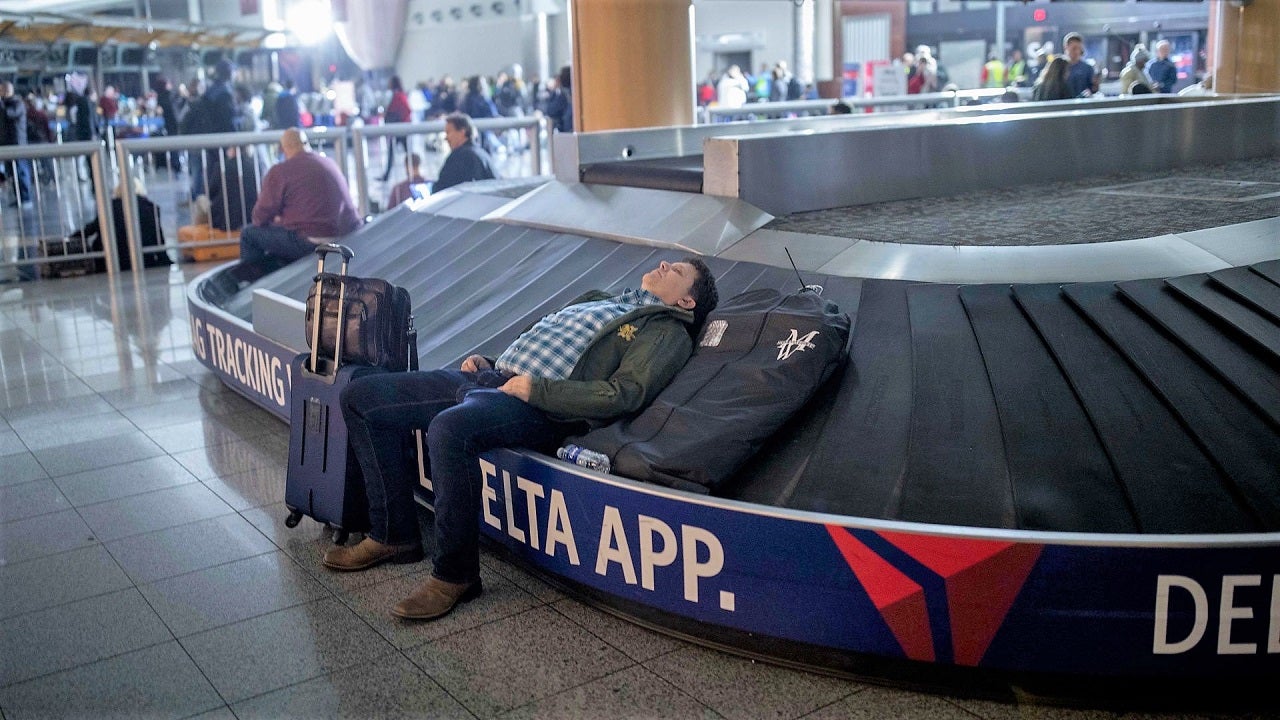 Atlanta's Hartsfield-Jackson International Airport (ATL) played host to 107 million passengers in 2018, making it the busiest airport in the world by passenger volume for the 22nd straight year. The vast majority of those are connecting passengers, but nearly 11 million of them started their trip in Atlanta and had to clear security there according to the U.S. Department of Transportation's BTS or Bureau of Travel Statistics.

Hartsfield-Jackson also happens to be my home airport, and for the most part, I enjoy the ATL experience and have few complaints during my 100 or so visits a year.

The big headache I have with my hometown airport is the security screening checkpoint. Despite changes to address these concerns, the PreCheck wait times continue to worsen, and Clear is not useful during peak travel times.

ATL has three terminals (North, South and International) housed in two buildings on either side of the airport. The North and South terminals are actually a single building, and both check-in areas feed passengers to a single security screening area. There is now only one TSA PreCheck line for the entire main terminal at the world's busiest airport. If you fly during busy times with the business crowd, the line is almost always lengthy. It has been further slowed by the introduction of the new bag screening machines.

The narrow hallway for the only PreCheck line as well as Clear.

Until 2019, both the North and South sides of the security checkpoint had PreCheck lines with the old-style machines. This system worked well, and you could routinely get through the North PreCheck line in five minutes or less. The decision to combine the two lines into a single, larger queue was met with confusion by all regular ATL flyers and has resulted in longer wait times.

If you haven't experienced them for yourself, the new baggage screening machines require passengers to place all their belongings in a bin, then try to time pushing your bin forward and avoid a bumper-car situation in the process. Passengers simply don't understand they can walk to any empty slot, and they routinely stand waiting for the first slot to be open. Further confusion ensues when trying to push the bins onto the conveyor belt. TSA agents are visibly frustrated by these machines, as they stand behind them, yelling at passengers to go to an empty slot and when to push their bins. These machines have painfully slowed security and continue to confuse even PreCheck-holding passengers.

CLEAR is available at ATL, but it is routinely a slow option, as the airport infrastructure for the program at ATL is woeful. The CLEAR area parallels the PreCheck line in a narrow hallway, and it then feeds directly into the same bag screening machines, which again slows the process. CLEAR sign-ups for Atlanta-based travelers have undoubtedly soared thanks to the Delta/CLEAR partnership, allowing for free or discounted membership to SkyMiles members. During peak travel times, there is a holding area for those wishing to use CLEAR across from the entrance and this line can take up to 20 minutes, effectively removing any benefit of CLEAR for ATL flyers.

What about regular security?

Passengers without PreCheck at the world's busiest airport have it even worse. All of them enter a single funnel into the screening checkpoint and are then directed into separate lines, all of which lead to the individual metal detectors and baggage screening machines. If you travel during peak times, this line can extend into the atrium of the airport. Wait times on a Monday morning can easily exceed an hour.

In the middle of the checkpoint is a single line for all the wheelchairs and strollers. That line can also be considerable, given it is the only one for passengers with mobility needs. I have seen 15-20 wheelchairs in line at once. Once these passengers finally clear the checkpoint, they are often met with another line, as there are only two elevators that lead down to the train — which is required to reach all concourses (except the T gates). You frequently see exasperated parents with strollers and passengers in wheelchairs as they're met with another line after a lengthy security process.

So what can be done to improve this situation? After dozens of trips through the airport at all times of day, here are my suggestions.

First, the airport needs to go back to having two PreCheck lines. Put them back where they were at both the North and South side of the checkpoint. At a minimum, staff both during the busy travel times and then only staff one PreCheck line during slower hours. As far as the new baggage screening machines go, either get rid of them or utilize the monitors in the security lines to play an informational video on how to use them.

Next, the airport needs to address the CLEAR situation, which has plenty of work to do at ATL. While there is no easy solution — because of the lack of space near the current PreCheck line — one possible fix is noted above: having two PreCheck lines. This would also open up more space for CLEAR in its current location, and you wouldn't have to turn sideways with your bags to get by people at the other kiosks.

More significantly, I think CLEAR needs to move in its entirety down to the T-Gates security checkpoint area — where Sky Priority passengers currently go. This is usually my go-to place to clear security quickly. While it isn't PreCheck (so you have to take off your shoes, get your computer out, etc.), there's rarely a line, so you'll get through security much faster. This could also be an area for yet another PreCheck line to exist in conjunction with CLEAR, and it would free up a lot of space at the current PreCheck line.

Finally, to fix the elevator line right after the checkpoint, there's a simple fix: Place an airport ambassador at that location, directing people with strollers and wheelchairs to the T-gates to access to the underground train.

To sum it all up, the primary terminal at the world's busiest airport has a single security checkpoint and one TSA PreCheck line. The International terminal can be useful, but only if you don't check a bag and only if you catch the PreCheck line during its limited hours. The decision to operate a single PreCheck line — and to put it in the same, narrow hallway as CLEAR — simply doesn't make sense.

Unfortunately, passengers aren't always treated as "customers" at airports. These facilities have to first ensure that the airlines and retail operators are happy before devoting resources to improving non-revenue-generating functions like security. While Atlanta does a great job of being fast and efficient once you enter the actual concourses, the security set up continues to be a struggle, and recent decisions have made it worse.

Here's hoping that the airport implements the above fixes in the New Year.