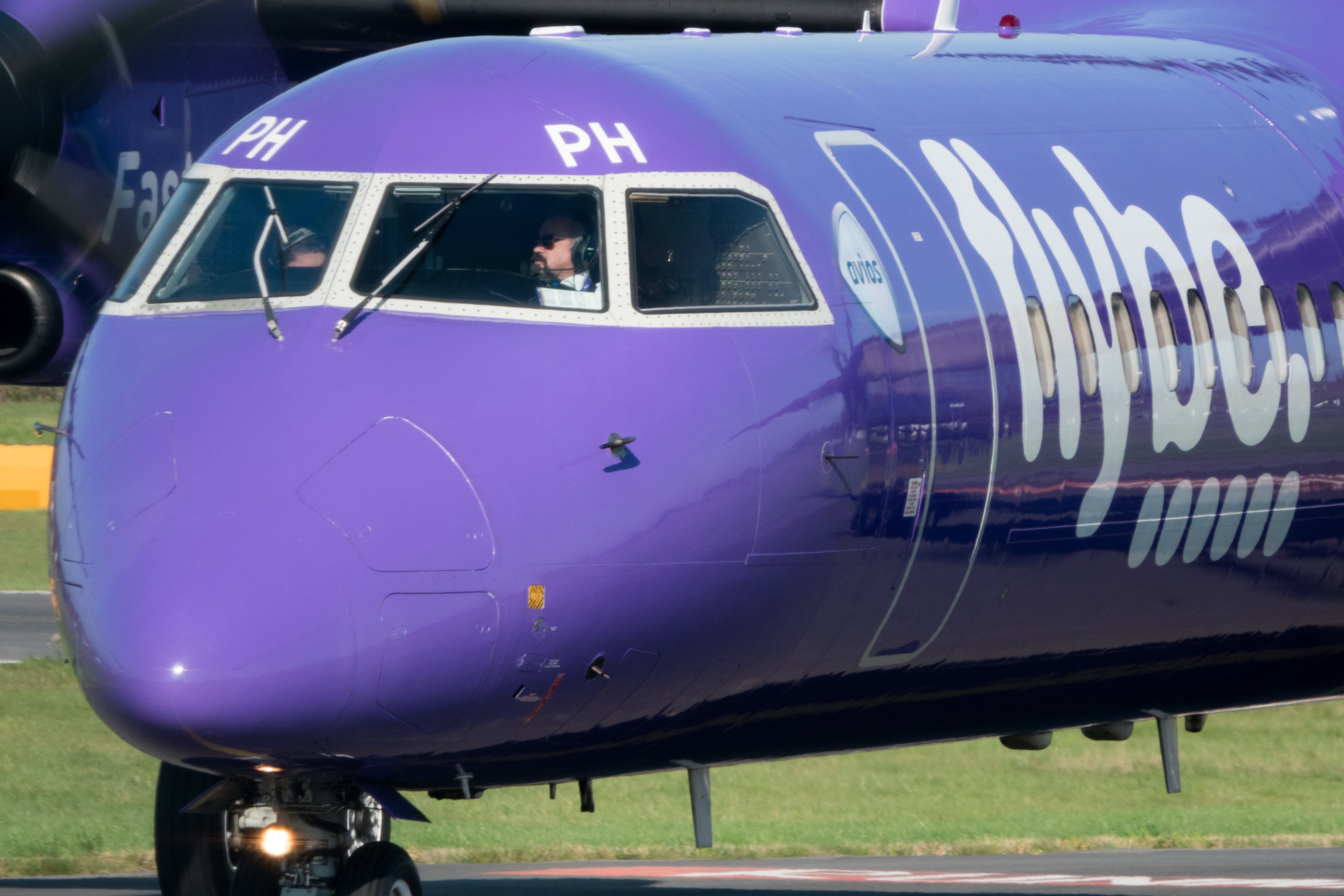 Commercial Pilot Fired After Revealing Fear of Flying, Sues Airline and Wins
This post contains references to products from one or more of our advertisers. We may receive compensation when you click on links to those products. Terms apply to the offers listed on this page. For an explanation of our Advertising Policy, visit this page.

Developing a fear of the main aspect of your job description may lead to a few problems. A Flybe airline pilot was fired after dealing with severe anxiety related to flying but was vindicated by a recent court ruling, The Telegraph reports.

Matthew Guest had worked for Flybe for nearly a decade when he started experiencing panic attacks in 2014. Over the next three years he battled with his anxiety, which manifested itself mainly in a fear of flying.

The pilot joined Flybe, a United Kingdom based low-cost carrier, in 2007 and flew a Bombardier Q400 and Embraer jets while he was employed there. When Guest was asked to start piloting Embraer jets in 2014, feelings of dread, dizziness and other physical pains started plaguing Guest.

Guest's doctor said that he "developed an increasing phobia and anxiety about long-distance flights and being trapped on the airplane." The doctor even suspended Guest's license to fly while he recovered from his anxiety. After a leave of absence and different forms of therapy, Guest returned to work at Flybe in 2016.

Still, Guest had issues with longer flights. After being assigned a new route to Greece that would require more than four hours in the air, Guest called in sick to avoid piloting the aircraft.

Flybe decided to fire Guest after the incident, telling him it was "concerned regarding your fitness to safely fly. Due to the uncertainty of your condition we cannot as an organization accept the risk to safety."

"The medical advice containing the suggestion that your condition could return causes the company serious concerns and Flybe are not prepared to take risks in the flight deck with people's lives," Flybe said.

After Guest was sacked, he took Flybe to court over an unfair dismissal claim, arguing that he should have been offered the opportunity to fly on shorter routes or another position with the airline. Flybe claims they did offer him a job as a Flight Safety Support Officer, but Guests says if he accepted that position he wouldn't ever have been able to return to flying for the airline.

The judge ruled in the pilot's favor, saying that he should have been able to meet with the man who decided to fire him, Flybe Group COO Luke Farajallah. Additionally, he said Guest should be allowed to fly shorter routes with the Q400.

Guest wants his job back, and the judge's decision requires Flybe and the pilot to come to an arrangement to do this. If neither can agree on a suitable outcome for both parties, than a judge will determine an agreement in a later hearing.

"Flybe confirms that Matthew Guest was employed as a First Officer until March 2017," a Flybe spokesman told Fox News. "He was removed from flying duties on grounds of safety. The safety and security of our passengers and crew is Flybe’s number one priority."