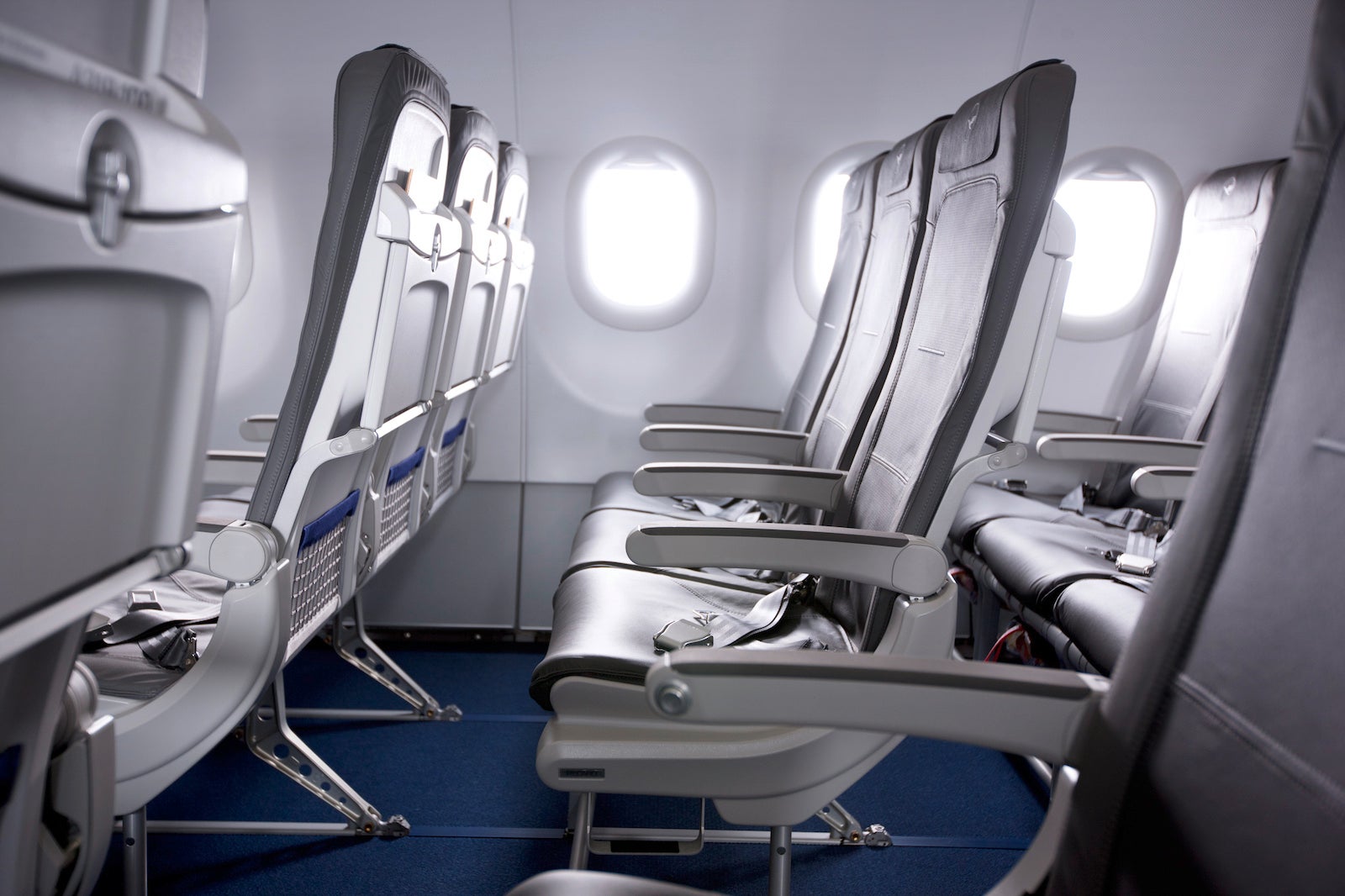 Paying for business, flying economy — reader mistake story
This post contains references to products from one or more of our advertisers. We may receive compensation when you click on links to those products. Terms apply to the offers listed on this page. For an explanation of our Advertising Policy, visit this page.

Today, I want to share a story from TPG reader Jim, who ran into trouble on an international codeshare flight:

I recently had to get from my home near San Francisco (SFO) to Dubai (DXB) with just a few weeks’ notice. I opted to fly business class on Air Canada with a short stop in Toronto (YYZ) for just over $3,000. I’d taken this routing before, and while it includes a stop, the flight to Toronto is easy and Air Canada's 777 business class is one of the better products out there. About a week before departure, I suddenly needed to be in Dubai a day earlier. Air Canada doesn’t fly YYZ–DXB daily, so I couldn’t get that same routing.

My two options were to cancel and fly Emirates instead (which was over $9,000 for business class), or accept another Air Canada routing. The only one that was priced similarly was through Calgary (YYC) and then Frankfurt (FRA), with a FRA-DXB codeshare leg operated by Lufthansa. It added three hours to the total flying time, but because the YYC-FRA leg was over nine hours, I knew I could get some sleep en route, which would strike a major blow to the 12-hour time change I was about to endure. And it was "only" a $500 change fee.

A few hours before departure, I received a text from TripIt telling me that my SFO-YYC flight was delayed by two hours, which meant I would miss my connection. I received a similar text from Air Canada that neglected to warn me about my connections or offer alternatives. After a flurry of increasingly panicked calls, all Air Canada could offer was an earlier departure to Toronto and then a YYZ-FRA flight that would get me to Germany in time for my Lufthansa codeshare to DXB. We sorted this out about 90 minutes before departure, and with three boarding passes still warm from the printer, I scurried to the gate (thanks TSA PreCheck). Business class was full on the SFO-YYZ flight, so I ended up wedged into an aisle seat in the last row of coach.

After two flights and a layover in YYZ, including about five hours of lie-flat sleep on the second flight, I landed in Frankfurt. Although I wish I’d been able to fly nonstop to Dubai, there’s something to be said for breaking up the trip, as I was able to visit the Air Canada business-class lounge for a shower. After snarfing down a big German pretzel, I headed to the gate. I handed the gate agent my passport and boarding pass with visions of gourmet food, space to stretch out and a nice window view dancing in my head, and that’s when it all came crashing down. With a worried look, the agent asked me to step aside — among the last things you want to hear as you’re boarding a long flight.

A few minutes later, they shared the bad news. It seems that when Air Canada rerouted me, they canceled my codeshare Lufthansa leg to DXB. Even though I had a brand new set of Air Canada boarding passes from the SFO ticket counter — valid enough to get me into lounges in Toronto and Frankfurt — my seat was gone. My options were limited. I could wait a day and catch the same flight to Dubai in business class (Lufthansa kindly offered to pay for a hotel). I could find another routing, but none were likely to get me into Dubai in time for my meetings. Or I could wedge myself into another back-of-the-bus economy seat on a full flight.

I needed to decide immediately, as the plane (and its 300 passengers) was waiting on me. I reluctantly opted for expediency over comfort, and made my way on board. The whole flight I was kicking myself. I’m a regular TPG reader: I know codeshare flights are a favorite target of Murphy's law; I know communications between dissimilar computer systems are a weak point; and I know I should have double-checked my Lufthansa flight (if only to make sure I had the best seat). Yet I did none of those things. I blindly assumed all was well because my boarding pass was printed in SFO and then successfully scanned at Air Canada lounges on two continents. Never again.

Next time I have a changed flight with a codeshare segment, I will verify it early and often even if the codeshare segment stays the same. Yes, Air Canada screwed up here, but like it or not, the burden is on us as informed flyers to confirm every detail when a flight routing changes, particularly if more than one carrier is involved. Now I’m chasing down at least a partial refund from Air Canada, and grateful I didn’t check my luggage, because it probably would have been lost for good in the bowels of Frankfurt am Main. In the end I did make it to my destination on time, which is what matters most.

I can't fault Jim for thinking his itinerary remained intact, given that he had boarding passes from the ticketing counter in hand for all of his flights. Nonetheless, while Air Canada may be to blame for the mishap, I agree the prudent approach is to reconfirm your entire reservation whenever you alter one segment of a multi-segment itinerary. Specify to the ticketing agent the other segments that should be left alone, and get verbal confirmation that no changes have been made beyond the ones you requested. This is especially important on codeshare flights not only because errors are more common, but also because airlines are more likely to pass the buck when multiple carriers are involved — Jim was fortunate to connect with such sympathetic and helpful Lufthansa staff.

As Jim points out, checking up on your itinerary is useful beyond making sure you still have a seat. You might discover other mishaps, like that your reservation was never actually ticketed or that you were involuntarily downgraded. You can also check for any schedule or equipment changes (even minor ones), as well as whether your seating options have improved. For any flight you can't afford to miss, I recommend looking over your itinerary one to two weeks before departure and again the day before. If something is amiss, deal with it immediately; don't wait until you get to the airport to sort it out, because by then you may have no recourse.

Related: What can I do when an airline changes my itinerary?

I appreciate this story, and I hope it can help other readers avoid making the same mistake. In appreciation for sharing this experience (and for allowing us to post it online), I’m sending Jim a gift card to enjoy on future travels, and I'd like to do the same for you. Please email your own travel mistake stories to info@thepointsguy.com, and put "Reader Mistake Story" in the subject line. Tell us how things went wrong, and (where applicable) how you made them right. Offer any wisdom you gained from the experience, and explain what the rest of us can do to avoid the same pitfalls.