Articles
Ethan Steinberg has been a frequent flier for as long as he can remember. He went from studying abroad in Paris to moving to Shanghai after graduating college, where he covered all things travel in the Asia-Pacific region for TPG.
July 31, 2019
•
3 min read 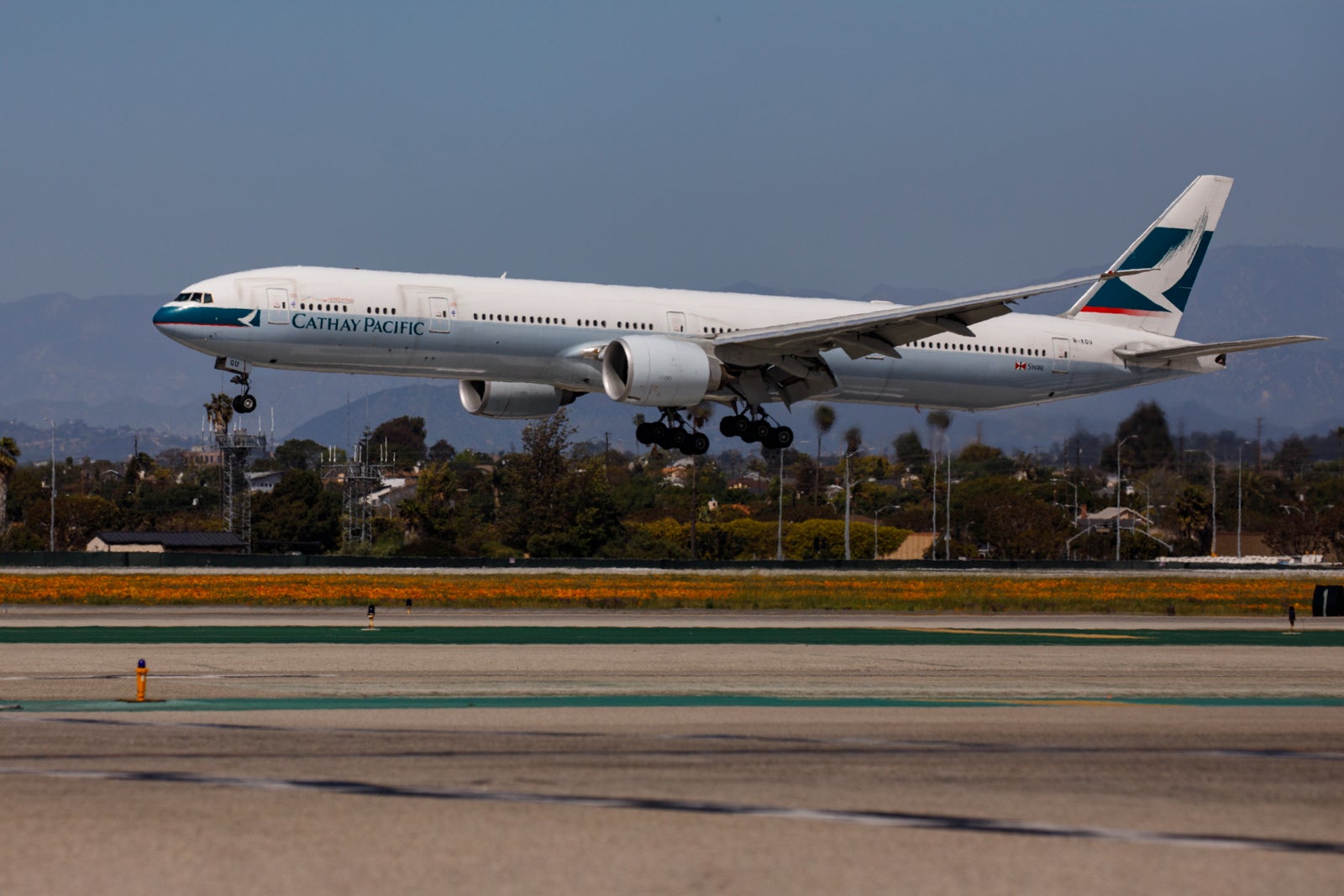 Score 20% off Select Cathay Pacific Award Tickets
This post contains references to products from one or more of our advertisers. We may receive compensation when you click on links to those products. Terms apply to the offers listed on this page. For an explanation of our Advertising Policy, visit this page.

Despite Cathay Pacific having one of the world's best first class products, its Asia Miles loyalty program doesn't get much attention. This is partly because the carrier partners with more well-known programs like American AAdvantage and Alaska Airlines Mileage Plan, and the program is also known for a less-than-customer-friendly booking engine. Nevertheless, Asia Miles does partner with multiple transferable points currencies, and just recently sweetened the deal if you're looking to fly from the US to Hong Kong before the end of the year.

As reported by Doctor of Credit, Asia Miles is currently running a 20%-off sale on select award routes.

These discounted awards are bookable now until August 26, and cover travel this fall starting as early as October 1 and going as late as December 13. However, each destination has its own date restrictions and in select cases awards are restricted to one direction, so make sure to check out the terms and conditions on the sale page for your specific route pair before booking. The sale covers nearly all of Cathay Pacific's US routes as well as several European destinations, though noticeably absent from the list are flights from Chicago-O'Hare (ORD) and New York-JFK. You can book this deal as either a one-way award or a round-trip, and all sale flights are for economy travel only.

For those based on the West Coast, 24,000 miles for a flight to Asia is about as good a deal as you're going to find, and Cathay Pacific's multiple daily flights to both Los Angeles (LAX) and San Francisco (SFO) should make it relatively easy to find award space. As a point of comparison, American Airlines would charge you 35,000 miles per person to book these exact same seats on Cathay Pacific, while Alaska would require 30,000 miles — and neither of those programs are easily accessible through transferable point programs.

However, since you're limited to flights to and/or from Hong Kong, you may still be better off booking through another program if you want to visit another Asian destination. Remember too that Alaska allows a free stopover, even on one-way awards, so that would be a good way to still visit Hong Kong before continuing on to another city.

Even if you've never used Asia Miles before, there's a good chance you have access to this currency if you collect transferable points. Asia Miles is a 1:1 transfer partner of American Express Membership Rewards and Citi ThankYou Rewards, and you can also transfer Capital One miles to the program at a 2:1.5 ratio. In addition, corporate card issuer Brex just announced that it was adding airline transfer partners to its Brex Exclusive Rewards program, so if you or your company use the Brex World Elite Mastercard, you'll now be able to transfer your points to Asia Miles as well.

Featured image by Patrick T. Fallon
Editorial disclaimer: Opinions expressed here are the author’s alone, not those of any bank, credit card issuer, airline or hotel chain, and have not been reviewed, approved or otherwise endorsed by any of these entities.