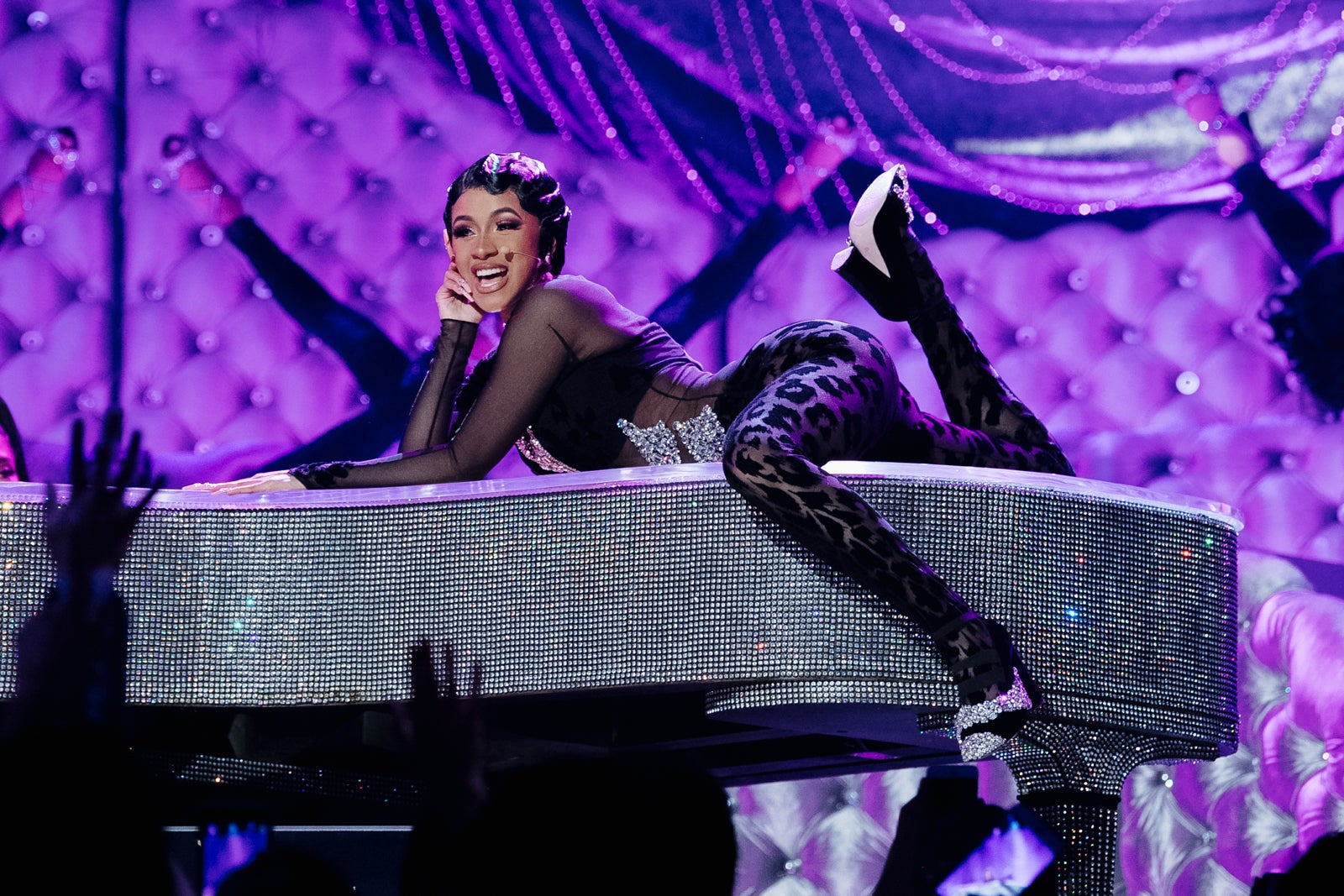 You Can Hang Out With Cardi B on a Cruise Ship if That's Your Thing
This post contains references to products from one or more of our advertisers. We may receive compensation when you click on links to those products. Terms apply to the offers listed on this page. For an explanation of our Advertising Policy, visit this page.

If Cardi B performs on a cruise ship, can cruising ever be the same?

In what might be the final nail in the coffin for the idea that cruising is just for old people (or B-list stars), the infectious stripper-turned-rapper has signed on as a main act for what is sure to be a raucous, hip-hop-themed music festival at sea in June.

Adding to the star power on the three-night Days of Summer Cruise Fest, as it’s being called, will be Post Malone and DJ Khaled, who is hosting the trip. Promoters say additional acts will be announced soon.

The voyage will take place on cruise giant Carnival’s 2,764-passenger Carnival Victory. Launched way back in 2000, it’s far from the newest or most-dazzling vessel at sea, but we’re guessing that if you’re a fan, you’ll tolerate a few days on even the most "regular degular shmegular" ship for a chance to party with Cardi.

The trip will kick off in Miami on June 28, and include calls at the Bahamian capital of Nassau and Half Moon Cay, a nearby private island.

This isn’t the first cruise-ship hip-hop rodeo for the trip’s promoters: DJ Khaled hosted a similar sailing in 2017 featuring Future and Lil Wayne that, by all accounts, went off without a hitch. (No Fyre Festival-esque fiascos of which to speak.)

The main thing you may need to fret about if you want to join the superstars onboard is how you're going to make "money moves," because fares start at a relatively sky-high (for a Carnival sailing) rate of $1,250 per person, based on two people per cabin. You can get a slight discount by packing in three or four people to a room if you don't mind getting cozy.

For those who don’t think Cardi B is all that, here are four more upcoming music festivals at sea that just might float your boat:

You can definitely expect a different demographic onboard Norwegian Cruise Line's 2,394-passenger Norwegian Pearl. The face-paint-loving hard rock band’s ninth festival at sea kicks off Oct. 30 in Miami. The five-night trip will include calls at Falmouth, Jamaica and Great Stirrup Cay (a private island in the Bahamas). Fares for the least expensive cabins now available start at $2,380 per person, based on double occupancy (but jam four people into a room, and you can knock that down to $1,190 per person).

The fifth iteration of this country-rock voyage will take place Jan. 29 to Feb. 3, 2020 out of Miami on the Norwegian Pearl (yep, the same ship as the Kiss Kruise). Performers for the new sailing have yet to be announced, but the last Outlaw romp featured 45 acts including Steve Earle, Lucinda Williams, Drive-By Truckers, Margo Price and Shooter Jennings. There were also film screenings, tattoo sessions and a Best Trucker Hat contest, among other activities. Fares for the voyage, which will feature calls at Falmouth, Jamaica and Key West, Florida, have yet to be set, but organizers are taking names for a presale coming soon.

Yes, even soul music has its own cruise. If names like The Jacksons, The Isley Brothers, Johnny Gill, Cameo, Peabo Bryson and War get you excited, the 2020 Soul Train Cruise is the sailing for you. Tony Cornelius, the son of the late “Soul Train” emcee Don Cornelius, is serving as the host for the voyage, which will feature performances by all of the above names plus Atlantic Starr, Karyn White, Regina Bell, Harold Melvin’s Blue Notes and The Urban Guerilla Orchestra. Plus, you can dance with the original “Soul Train” Dancers. The seven-night voyage will take place out of Fort Lauderdale, Florida, on Holland America’s 2,106-passenger Nieuw Amsterdam and include stops at St. Martin, St. Croix and Half Moon Cay. Fares start at $1,900 per person, based on double occupancy.

Blues rock guitarist, singer and songwriter Joe Bonamassa and the Keeping the Blues Alive Foundation (in partnership with music cruise promoter Sixthman) have scheduled yet another of their blow-out blues-themed sailings for 2020. In addition to Bonamassa, performers will include Buddy Guy, Tab Benoit, Tommy Emmanuel, Mike Zito and more names to be announced later. Like the above two trips, the four-night voyage will take place on the Norwegian Pearl — a ship that has become a familiar backdrop for music-themed cruises in recent years. It’ll begin Feb. 18, 2020 in Miami and offer a call at Nassau in the Bahamas. Fares have yet to be set but should be posted soon.

Related stories
Using miles and points to book airline tickets and hotels for others
Maui magnificence: A review of Kaanapali Alii, a Destination by Hyatt Residence
Target’s big annual gift card sale is this weekend
What are points and miles worth? TPG’s December 2022 monthly valuations
Featured image by Getty Images for The Recording A