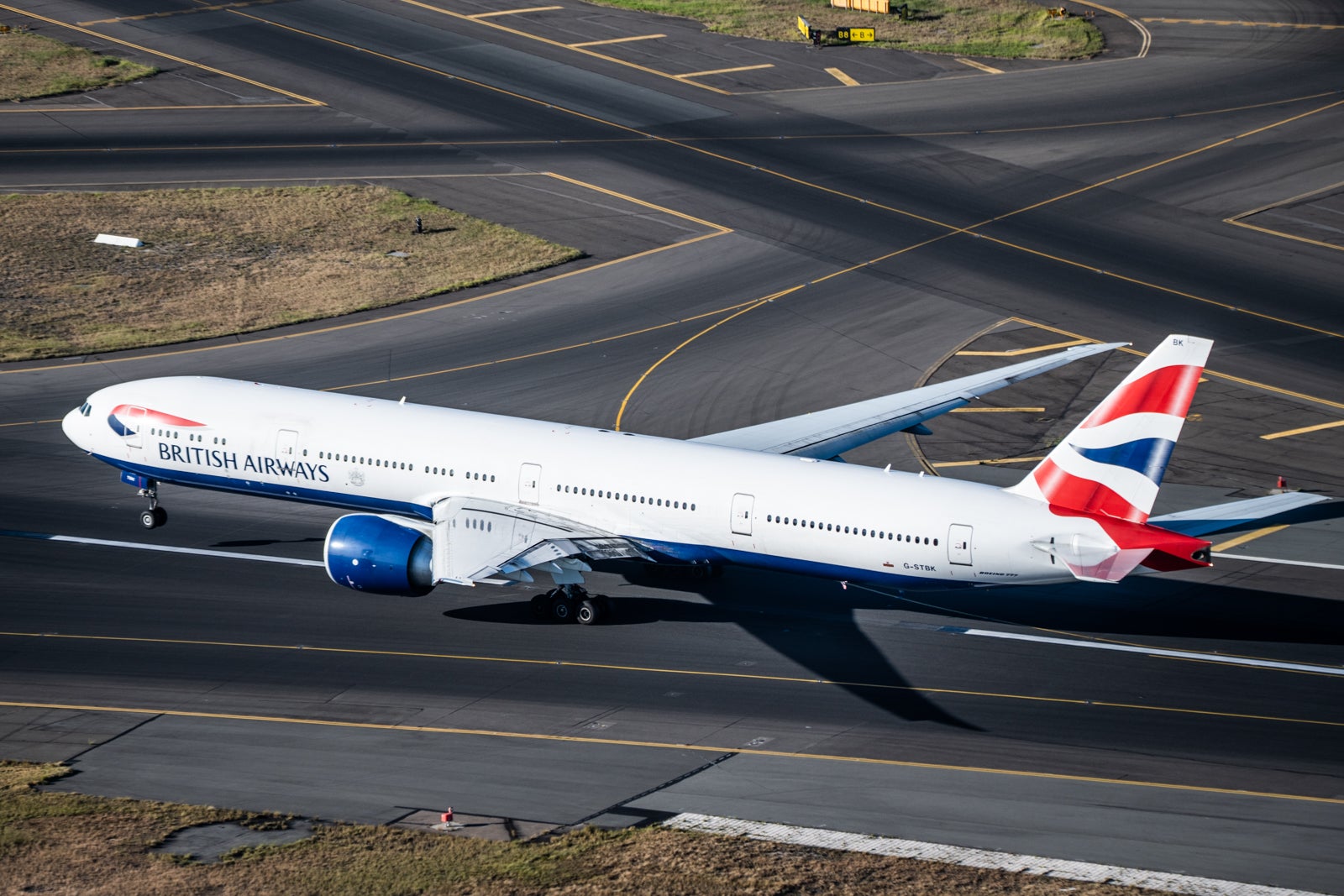 BA Sends Email Canceling Flights Due to Strike — But Check Before Making Changes
This post contains references to products from one or more of our advertisers. We may receive compensation when you click on links to those products. Terms apply to the offers listed on this page. For an explanation of our Advertising Policy, visit this page.

British Airways passengers are enraged about thousands of flight cancellations, thanks to a strike being called by the British Airline Pilots’ Association (BALPA) Sept. 9-10 and 27.

In response to the potential strike, BA is proactively making schedule changes. "We will do everything we can to get as many people away on their journeys as possible. However, it is likely that many of our customers will not be able to travel and we will be offering refunds and re-bookings for passengers booked on canceled flights," it said in a statement.

TPG received this email from a reader:

"I was planning a 70th birthday trip to London and Puglia with my adult children next week. We have tickets on BA, which we bought through [American Airlines], as my husband is trying to qualify for AA Executive Platinum. Yesterday we got an email that our flights are canceled due to the BA strike next month. BA says the flight is canceled but AA won’t work to rebook."

Before you contact the airline for a flight change or refund, check your reservation. It turns out that those emails sent out about flight cancellations due to the strike may not be correct, reports the Points To Be Made blog. BA is advising passengers to go to its website's Manage My Bookings section to see if, in fact, your flight has been canceled. If it has, you can get a refund, rebook your flight within the next 355 days, or use the value of your fare to fly to another destination.

If you've already changed your flight, you still may be able to switch back to your original booking. But if you accepted a refund and booked on another airline, you won't be able to make any further changes. If your flight has been canceled.

Meanwhile, the airline is working with its partners to switch to larger aircraft in order to carry more passengers. It is also looking at options including wet-leasing aircraft and crew from other airlines. Flights on BA CityFlyer, SUN-AIR and Comair will not be affected by the strike.

BA blames BALPA for rejecting "a very fair offer" after months of negotiations over pay raises. In turn, BALPA called the strike a "last resort" after BA rejected several pay raise packages and 93% of its members voted for the action.

BA was offering pilots an 11.5% pay raise over three years, saying that rate was "well above the UK's rate of inflation." BALPA noted that the gap between BA’s offer and what its pilots want is about £5 million (US$6.1million). "Our proposal remains on the table should BA wish to reach agreement prior to strike action," said BALPA in a statement. "Over recent years BA pilots have made sacrifice after sacrifice to assist the company such as taking a pay cut, productivity increases, closing the final salary pension scheme, giving up annual leave days, a new rostering system, and reducing flying pay."

BALPA made good on another strike against Irish low-cost-carrier Ryanair that started on Aug. 22. Ryanair reported a 97% punctuality rate for its first departures and arrivals at UK airports on the first day of the strike, reported the Guardian on Thursday, blaming the small number of delays on air traffic control issues.