How to Stay Safe Around Bison and Other Wild Animals

Articles
Jordan Allen has produced content for TPG on everything from travel trends to flight deals.
Follow
July 26, 2019
•
4 min read 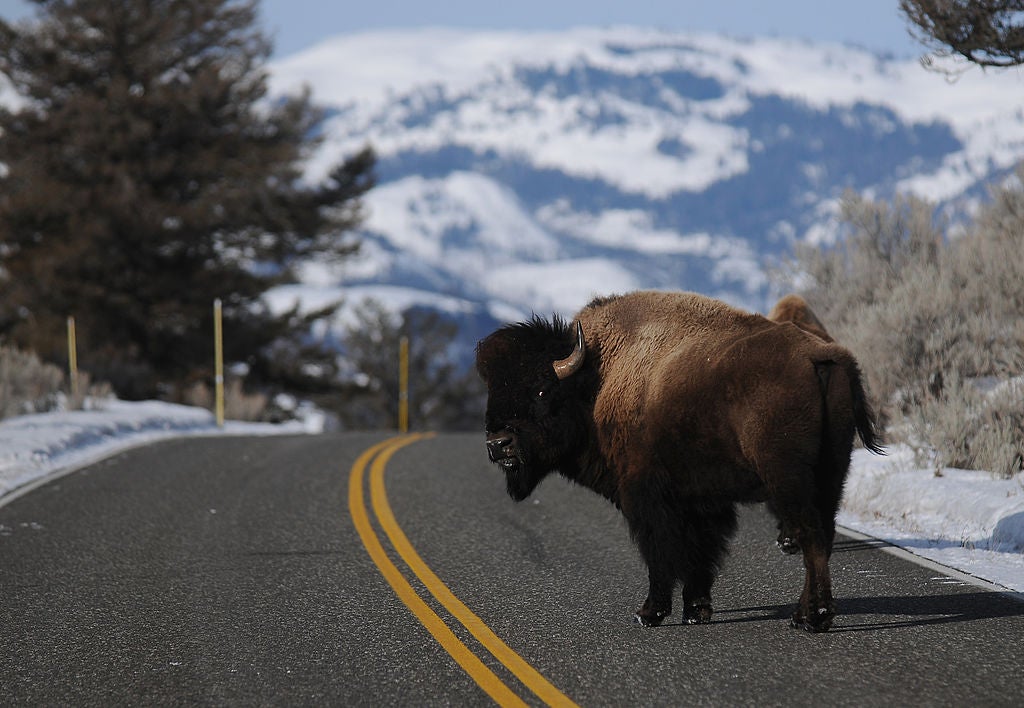 How to Stay Safe Around Bison and Other Wild Animals
This post contains references to products from one or more of our advertisers. We may receive compensation when you click on links to those products. Terms apply to the offers listed on this page. For an explanation of our Advertising Policy, visit this page.

Yellowstone is a popular tourist destination that's usually ideal for families and groups of travelers alike. But this weekend, onlookers were horrified when a bison charged at a 9-year-old girl and tossed her several feet into the air.

The Washington Post reported that approximately 50 people were standing within a 5- to 10-foot radius of the animal for at least 20 minutes, as well. One onlooker claimed that the family of the young girl was petting the bison earlier in the day, although no reports from park officials confirm this.

Despite the traumatic visuals, the girl emerged from the incident without any major injuries, and was released from the park's clinic that night after being treated. Since then, a 12-second video clip of the incident went viral on Twitter — generating around four million views and 38,000 retweets.

If this story sounds eerily familiar, that's because this is hardly the first time a person has been injured after approaching a wild animal at a national park. In fact, Yellowstone officials confirmed bison are responsible for injuring more visitors than any other wildlife. Additionally, according to a 2018 study, a majority of instances occurred when the person was standing about 11 feet away from the animals — 80% of which also actively approached the bison prior to being attacked.

Kelly Stoner, the bison program lead of the American Bison Society, said accidents often occur when people mistake a calm animal for a tame animal. "Unfortunately, there are stories just like this almost every year about visitors to Yellowstone being injured by bison," Stoner said in an email to TPG. "Many guests don't realize how fast bison and elk and other large mammals can move (bison can run three times faster than humans), or how quickly they can go from acting perfectly calm to aggressive, as we saw in the video of the girl."

Yellowstone, which spans 3,471-square-miles across three states (Wyoming, Montana and Idaho), is home to over 200 species of wildlife including bison, bears and bald eagles. Park officials stress that spectators should keep a safe distance of at least 75 feet from bison, as adults are often "dangerous and unpredictable." They can weigh up to 2,425 pounds and reach speeds of 35 miles per hour when charging.

Stoner also said the same goes for baby animals: Do not approach them.

"Never approach a baby animal, even if it seems to be alone or abandoned," Stoner said. "Cow elk and bison will sometimes leave their calves in hiding while they forage, and they will reunite later, so don't assume the baby is an orphan."

But, avoiding attacks isn't necessarily a given, even if you're a staunch rule follower. Yellowstone specifically doesn't guarantee safety to park guests when it comes to animal encounters. There are, however, measures you can take to avoid attacks — and things you can do if you find yourself in a precarious situation.

"If an animal moves closer to you, move away slowly to maintain that distance," Stoner said, adding that parkgoers should never turn their backs to an animal to take a selfie. "That is often when bison will charge, but you won't be able to see them coming."

Bison may also be sensitive to loud noises or flash photography at nighttime. Generally, Stoner advises spectators to not yell, snap, click or otherwise try to use sound to get an animal to look up or look at you.

Despite the danger, the chance to catch a glimpse of bison or other wildlife is a major part of why people come from far and wide to visit Yellowstone and other National Parks. This doesn't have to change — spectators should just be wary of their surroundings and take extra precautions when in the same vicinity as a wild animal.