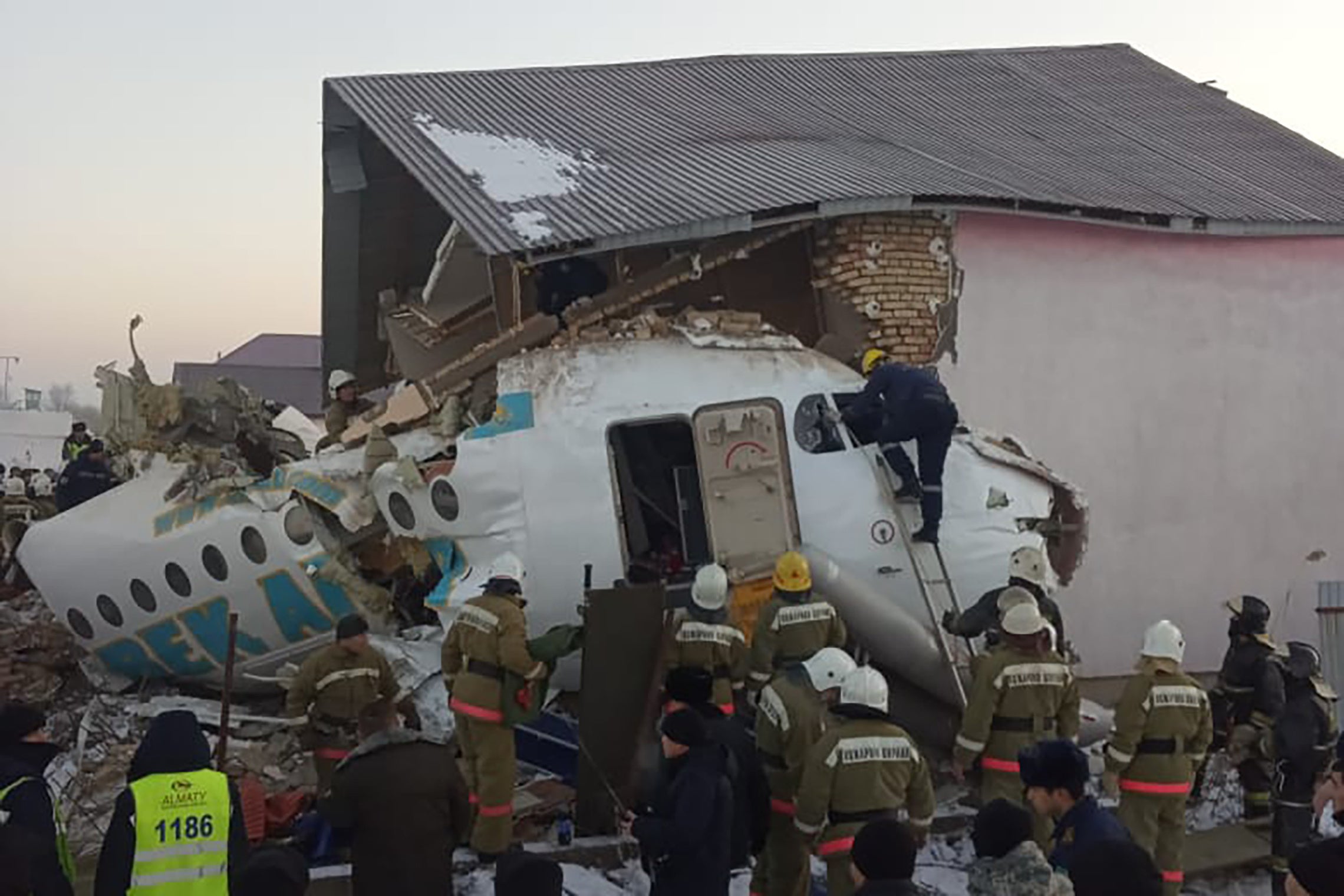 Bek Air flight Z92100 carrying nearly 100 passengers and crew members crashed shortly after takeoff near the Almaty airport in Kazakhstan Friday morning, killing at least 12, including the plane's captain. Dozens of others have been hospitalized.

<span data-mce-type="bookmark" style="display: inline-block; width: 0px; overflow: hidden; line-height: 0;" class="mce_SELRES_start">﻿</span>
The plane was headed from Almaty, the largest city in Kazakhstan, to Nur-Sultan, the nation's capital. According to The Washington Post, the Kazakh deputy prime minister told a news conference that pilot error and technical malfunctions were considered the preliminary causes of the crash. He said the aircraft's tail touched the runway twice as it was taking off.

A government commission has been formed to look into the crash. Kazakhstan's President Kassym-Jomart Tokayev declared Dec. 28, 2019, a day of national mourning.

For more aviation news and updates, sign up for our daily newsletter.

Not the first Fokker 100 aircraft incident

Bek Air is a low-cost regional carrier that serves 10 airports in Kazakhstan, flying a small fleet of Fokker 100s. While this is reportedly Bek Air's first crash, there have been multiple reports of engine failures on Fokker 100s in recent years — including an incident on a Virgin Australia Regional Airlines flight back in July 2019.

The Fokker 100 was a popular mid-range passenger aircraft when it first debuted in the late 1980s, but the bankruptcy of Fokker in 1996 and the introduction of competing airliners led to a decline in usage. Currently, regional airlines in Australia and the Middle East fly the aircraft. No U.S. airlines fly the Fokker 100.

According to the Independent, the U.S. State Department has concerns about "serious and persistent lapses in safety oversight of commercial air service on some Kazakhstan-registered airlines." The State Department requires U.S. government personnel to get prior approval before flying Kazakh airlines other than Air Astana (the country's only airline that flies to international destinations).

Despite safety concerns from the U.S., the International Civil Aviation Organization (ICAO) rates Kazakhstan well above global standards for regulating operations, airworthiness and air traffic control. However, they rate below average for organization, aviation legislation and accident investigation.

This crash likely won't affect any domestic or international travelers in the U.S. If you are traveling to or through Kazakhstan in the coming weeks, especially on a scheduled Bek Air flight, stay updated on the investigation into the crash and on the suspension of Bek Air's operations.