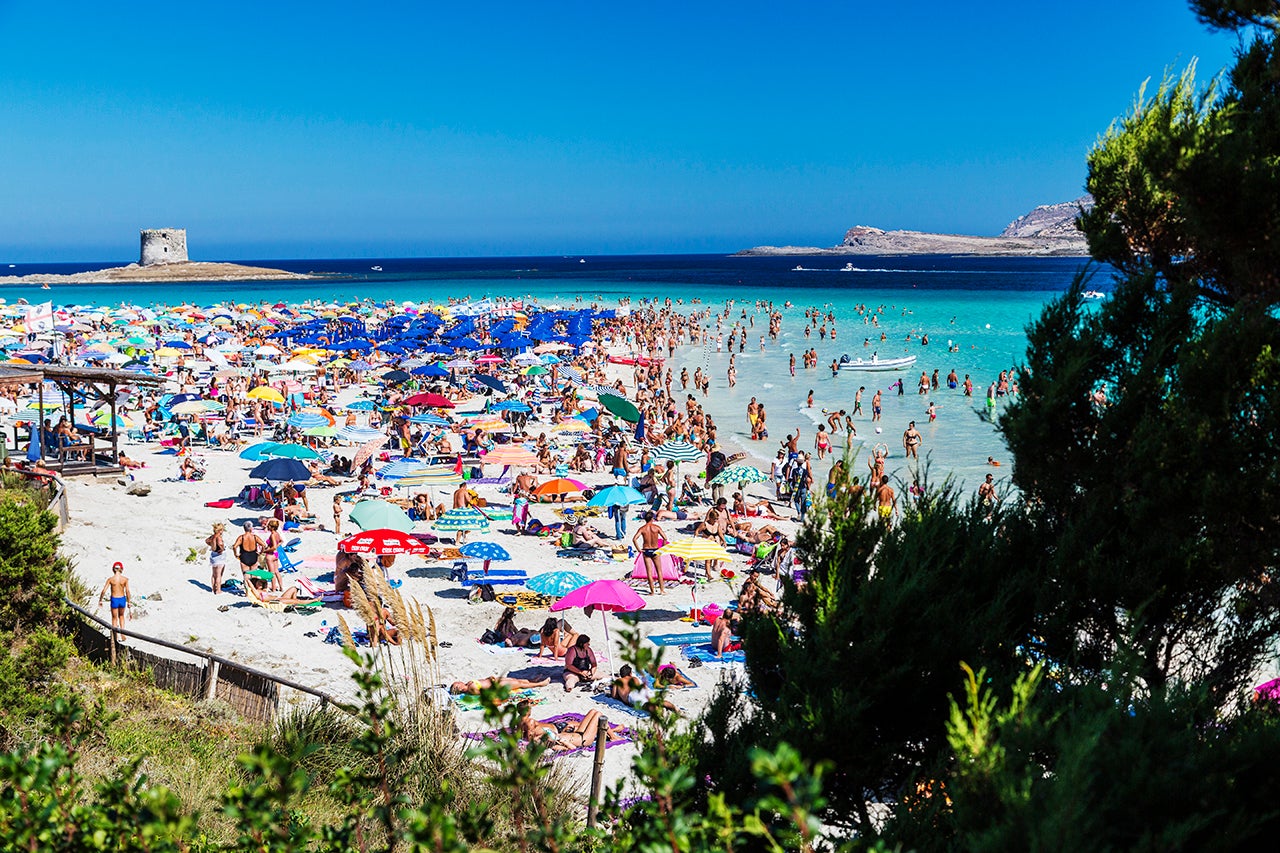 At least two unlucky people looking for rest and relaxation at the beach have been injured by rogue beach umbrellas blowing in the wind this summer.

The latest case occurred on Sunday at Ocean City Beach in Maryland. The wooden pole of an unattended beach umbrella pierced the chest of a 46-year-old Pennsylvania woman, USA Today reports. According to the Ocean City Beach Patrol, lifeguards were able to secure the umbrella so it wouldn't move until firefighters came to cut the pole.

The unidentified woman was airlifted by medical helicopter to a nearby hospital and treated for her injuries.

And last week, another woman, a 67-year-old tourist from England, was impaled by a runaway beach umbrella on Seaside Heights beach on the New Jersey Shore. An umbrella caught in the wind pierced the beachgoer's ankle, officials said.

Fortunately for the two victims, their injuries were non-life-threatening. That is not always the case when the wind sweeps away these common beach items.

The first death by windblown beach umbrella was recorded earlier this year, according to a study in the Journal of Forensic Science. A 55-year-old woman was killed after a windblown beach umbrella hit her in the chest with 800 pounds of force, the study's authors calculated. That caused a "fatal penetrating blunt force" resulting in "left ventricular trauma," which ultimately killed the woman, the study says.

To avoid such tragedies, beachgoers should make sure their umbrellas are properly secured.

“Making sure your umbrella is well anchored in the sand is the most important thing, and make sure it can down as far as you can,” Seaside Heights Beach Patrol Captain Rob Connor told NJ.com. “Obviously, the heavier the wind, the better the anchor needs to be.”

Umbrella anchors, sandbags or other heavy items can all be used to hold them down. Also, umbrellas with vented tops can help the wind escape with out becoming airborne.

Tilting umbrellas against the wind can prevent them from blowing away. “You do not want the umbrella to be open to the wind side,” Connor said. “If it is blowing from the south, you don’t want your umbrella tilted to the south, which would make it easy to take off on you."