Articles
Emily McNutt is The Points Guy's Global News Editor and is based in London.
Follow
Jan. 07, 2020
•
2 min read 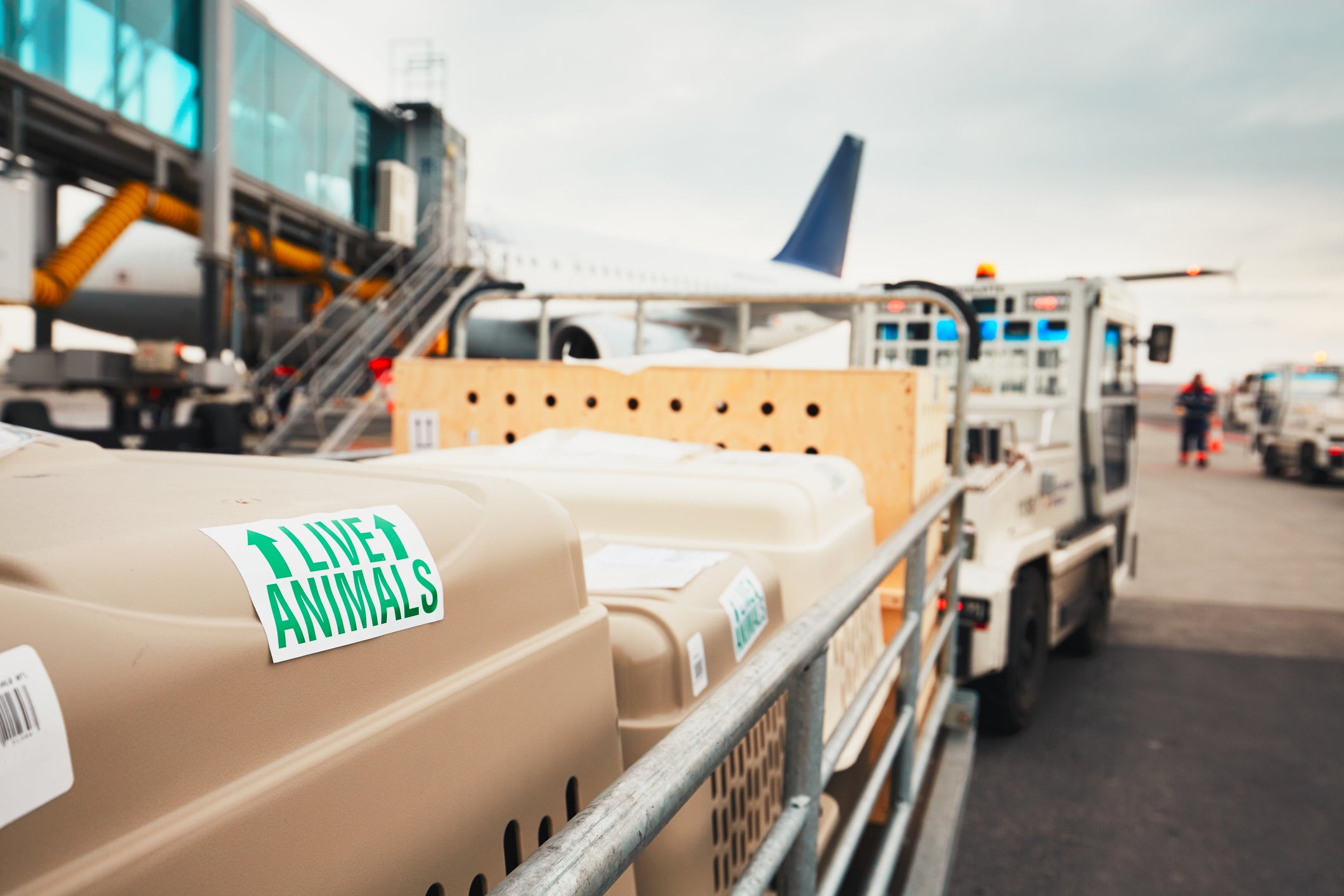 British Airways temporarily suspends cargo carriage of dogs following crate incident
This post contains references to products from one or more of our advertisers. We may receive compensation when you click on links to those products. Terms apply to the offers listed on this page. For an explanation of our Advertising Policy, visit this page.

British Airways has temporarily suspended new bookings for its service that allows passengers to carry their dogs in the cargo hold. The suspension follows an incident where a dog was deemed to have travelled in a crate that was too small for it. The discovery was made upon landing at London Heathrow.

The airline confirmed to TPG that it's investigating the incident in which the dog was discovered after the flight arrived. Neither the breed of the dog nor the size of the container were disclosed. BA did confirm there was no harm or injury to the dog when it arrived at LHR.

"We take the responsibility of transporting and caring for animals traveling with us extremely seriously," British Airways said in a statement. "We have temporarily suspended bookings pending our investigation."

Passengers who have already booked their canine to go in the cargo hold will be permitted to keep their pet's reservation. The temporary suspension is just for new bookings.

According to British Airways, all canine cargo bookings are made with IAG Cargo, and the transport service can cost up to £700 (about $920) per pet. IAG, or International Airlines Group, is the owner of British Airways.

Pet owners supply the crates for their animals following IATA's guidance on the size requirements for the animals. If booked through an agent, the agent supplies the crate for the pet.

BA is audited under IATA's Operational Safety Audit program, which ensures the airline is following the organization's welfare standards. Once a flight arrives at its destination, all animals are checked.

During the time when the IAG Cargo operation of pets in the cargo hold is suspended while the incident is undergoing investigation, passengers will have few other options aside from booking on another carrier. Assistance dogs are permitted in the cabin on British Airways flights, and emotional support dogs are allowed in the cabin on flights to or from the U.S.

There's no timeline on when British Airways expects its investigation to conclude. Once it does, the suspension will be revisited.