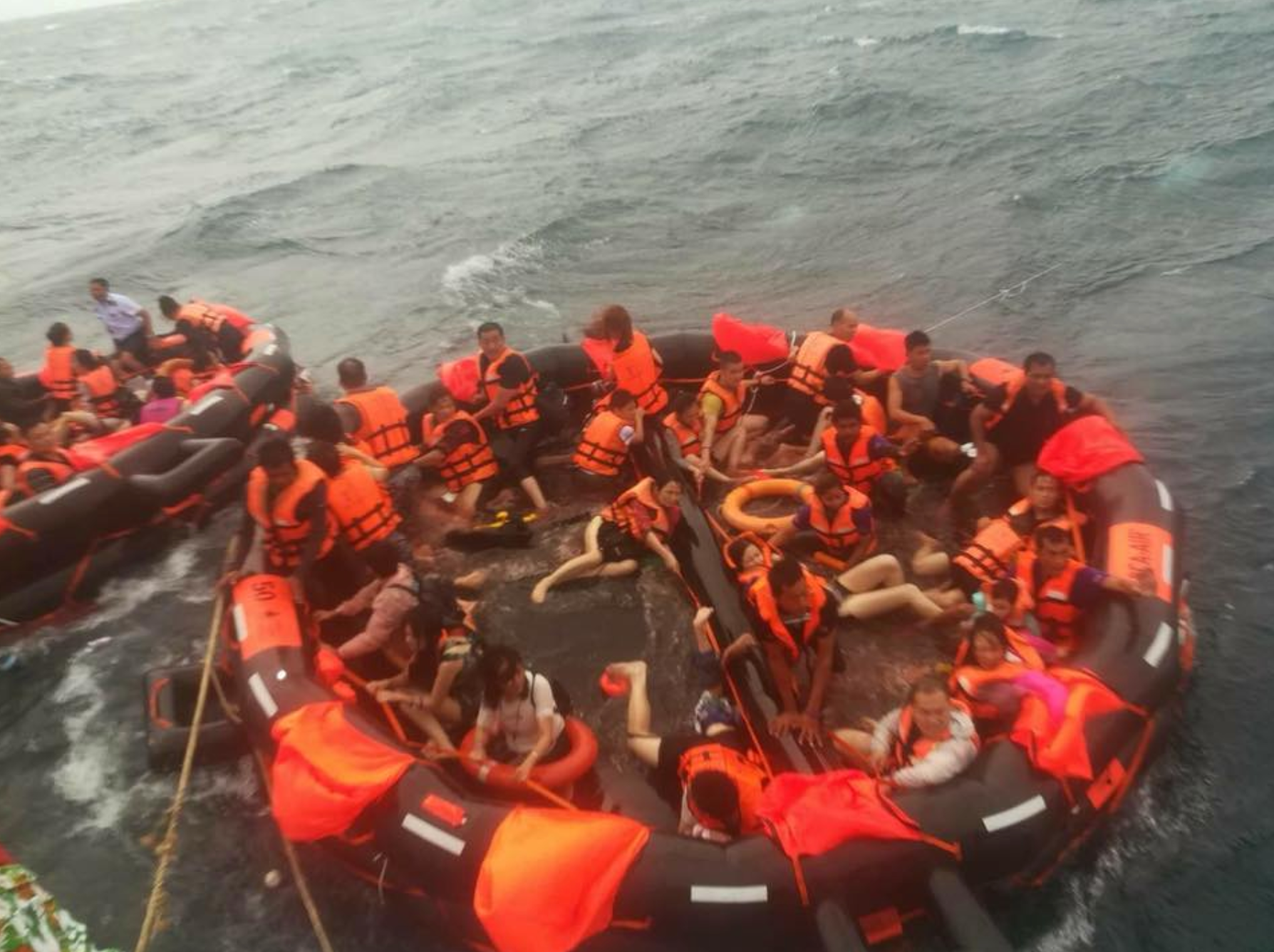 Two boats packed with tourists traveling off the coast of Thailand's resort island Phuket capsized on Thursday after being hit by 16-foot waves. At least 33 people were reported dead in the shipwreck, with 23 more reported missing.

The boats were leaving an area of the island popular for snorkeling when the incident occurred. One of the boats involved was the Phoenix PC Diving, a double-decker cruise liner that was ferrying 105 passengers, 93 of which were tourists from China. The ship's captain was able to save some people by lowering life boats and urging passengers to put on life jackets as the ship was rocked by the tall waves.

A second boat, called Serenita, also sank in the rough seas off Phuket on Thursday. But all 42 passengers on that vessel were rescued, authorities said. Serenita was sailing off of Koh Mai Thon — a small resort island located off the coast of Phuket.

Officials were operating search parties into Friday night. So far, 33 bodies have been recovered, but there is still no sign of the 23 people that have been reported as missing.

Divers were sent to search for any human remains in the vestiges of the Phoenix PC Diving boat, which now sits about 120 feet below the water's surface. Officials are also continuing the search operations by air using helicopters to sweep the area where the ship sank.

“Police investigators said most of the tourists were wearing life jackets," Governor of Phuket, Noraphat Plothong, said on Friday. He added that he hoped some might be still be alive.

Featured image by Image by Royal Thai Navy via Facebook