Would you stay at 1 of these 8 haunted hotels this Halloween?

Articles
Lori Zaino is a writer for TPG and TPG UK covering travel, news, points and miles and more. She's been based in Madrid, Spain almost 15 years and is an expert in travel throughout destinations such as Europe, Southeast Asia and Africa.
Follow
Oct. 04, 2022
•
8 min read 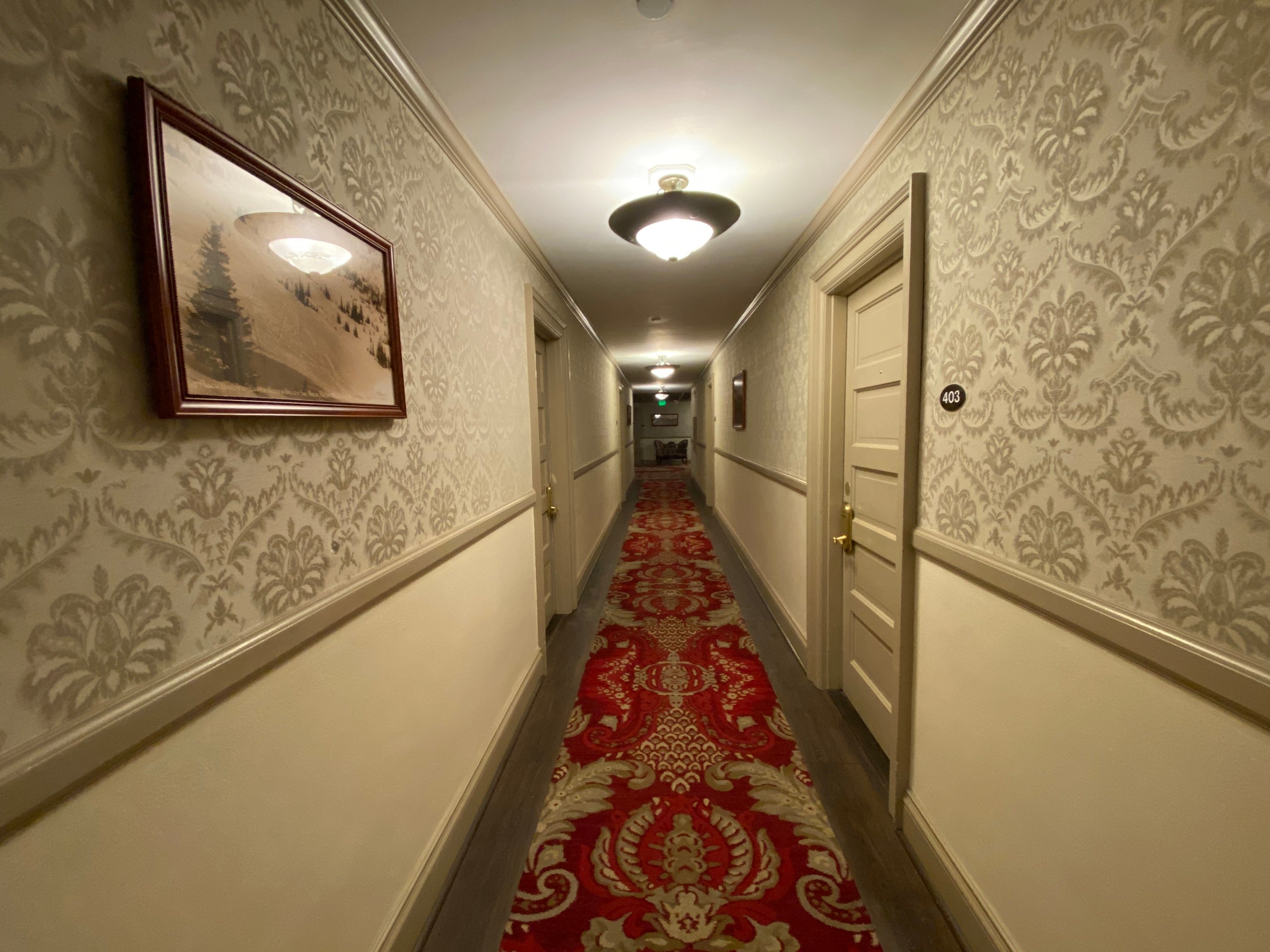 Editor’s note: This post has been updated with new information

Looking for a scary spot to spend the night? Are you brave enough to stay at one of the most haunted hotels in the world?

There are hundreds of (reportedly) haunted hotels all around the world, from glamorous Hollywood high-rises to regal Indian palaces — and even a couple of points properties.

We’ve selected eight of our favorites around the world — a mix of urban towers, historic mansions and more — that are said to have some supernatural guests. This list seems to reflect ghosts' excellent taste in overnight accommodations.

The Stanley Hotel is the sinister inn that inspired Stephen King’s “The Shining.”

Rooms 217 and 413 are considered the most haunted, though the entire fourth floor is thought to be the hotel's most haunted level. However, it’s The Stanley’s public areas that often see the most paranormal action — especially the concert hall, where Harry Houdini once performed. Also, in the basement, many guests have reported hearing pianos play by themselves.

Ghosts of wealthy hotel patrons, children who once stayed there and former staff members are reported to haunt the grandiose mountain resort in Estes Park, Colorado.

The ghost of Mrs. Smith, a former housekeeper, is more of a friendly apparition — she tidies up rooms and organizes guests’ suitcases. However, ladies should beware of the spirit of the schmoozing businessman Lord Dunraven, who allegedly steals jewelry, hides it in the closet and likes to breathe down the back of your neck.

How to book: Cash rates at the Stanley Hotel start at $329 a night. You don't need to stay at the hotel for a taste of its haunted history. For $30, you can join a tour of the hotel that highlights its "dark edges."

Related: 6 things I saw during my stay at the 'haunted' Stanley Hotel

A hotel dating back to 1769 (first as a tavern, then an inn) is bound to have a few phantom spirits in residence. The Equinox is a historic hotel in Manchester, Vermont, that has hosted U.S. presidents including William Howard Taft, Ulysses S. Grant, Theodore Roosevelt (he even gave a campaign speech on the front lawn) and Benjamin Harrison.

However, the first president to grace the inn with his presence was Abraham Lincoln, who reportedly visited with his family to escape the summer heat. The ghost of Abraham Lincoln’s melancholy wife, Mary Todd Lincoln, has been spotted wandering the property with one of her sons — and occasionally, she displaces a rocking chair or other household items.

New Orleans is considered one of the most haunted cities in America, so it’s not surprising uninvited phantom guests can be found in many of the city’s hotels.

One of the most notorious hotels for ghost sightings is the Bourbon Orleans Hotel. It's on the site of a former famous ballroom and theater, and later a convent and orphanage before the hotel was built.

Ghosts from many eras have frequented the space ever since, according to the hotel’s own website. Some of the most common sightings are the young children who died from yellow fever when the property was an orphanage, a Confederate soldier who paces the hallways, and a phantom who hides behind the drapes in the ballroom.

Throughout the years, VIP guests have included Clark Gable, Ernest Hemingway and Charlie Chaplin, and a few of the hotel’s most illustrious clients seem simply uninterested in checking out.

Celebrity spirits are regularly spotted around the hotel, especially during renovation periods. Marilyn Monroe’s spirit, for example, has appeared in the mirror of many guest rooms. Some visitors also report seeing a little girl in a blue dress playing around the hotel — could it be Shirley Temple?

Savannah, Georgia, is another city famous for its gothic appeal and historic haunts. The Marshall House is one of the oldest and most famous buildings in the city. Erected in 1851, the hotel was twice used as a hospital, once during a yellow fever epidemic and again as a Union hospital toward the end of the Civil War.

The hotel is said to be inhabited by a number of ghosts, including soldiers with missing limbs, children playing marbles in the hallways and the spirit of Joel Chandler Harris, an author who once stayed at the hotel. His typewriter keys are often heard clacking in the room he once stayed in. Guests have even complained of hearing and seeing a phantom cat and, on especially haunted floors, smelling a terrible odor.

It’s only natural that a hotel that's over 130 years old would have a few ghostly visitors, right? One of them is a bride who died falling down the Fairmont’s marble staircase before she could say “I do.” Guests have also reported seeing a veiled woman swaying in the grand ballroom and around the hotel. The spirit of the hotel's former head bellman has also been known to wander the hotel’s halls, ensuring everything is running as it should.

Certain rooms at the Fairmont Banff Springs are said to have particularly strange activity. Complaints include pillows being pulled out from beneath guests’ heads, bloody handprints appearing on the bathroom mirror and even sleeping patrons getting shoved out of bed.

How to book: Rates at this Fairmont property vary wildly throughout the year depending on the season but can be found as low as $330 per night. You can also redeem Accor Live Limitless points here. Points are worth a fixed value, and you can redeem them in increments of 2,000 points for about $40 off your stay.

Related: Why you should absolutely visit the Fairmont Banff Springs — but maybe not spend the night

Actor Lily Collins told Jimmy Fallon she was haunted by the ghost of a young girl during her stay at The Shelbourne, an Autograph Collection property in Dublin — and she’s not alone.

Many visitors have reported mysterious occurrences, like the taps turning on, strange giggling, doors slamming and a shadow of a girl roaming aimlessly through the building, especially on the sixth floor.

In fact, so many guests complained about paranormal activity that the hotel eventually insisted a staff member stay in the so-called haunted room. The “lucky” employee reportedly ran out of the room terrified after the rumors proved true. The ghost at fault is thought to be Mary Masters, a 7-year-old girl who died of cholera in the building hundreds of years ago.

How to book: Cash rates start around $308 a night but can rise sharply to over $900 a night. Marriott Bonvoy members can book an award night starting at 50,000 points.

Dating back to 1865, The Langham, London is known for having several shadowy residents — England’s cricket team even reported being spooked at the luxury hotel. One of the ghosts was a doctor who murdered his wife before killing himself during their honeymoon. Now, he gives visitors a fright as he marches through the hotel in Victorian-era garb (most often in October).

Napoleon III has also been spotted roaming around the basement, his former hangout. There’s a German prince who committed suicide here before World War I by jumping out a window. He’s often most active in the mornings, freaking out guests by appearing and disappearing while wearing a military jacket. And one particularly mischievous ghost likes to toss guests in Room 333 (the most haunted of all the rooms at The Langham) out of bed.

How to book: Cash rates for The Langham London start at $581 a night.