Articles
Max Prosperi is a part-time frequent flyer and travel writer and full-time student. Based in St. Louis, Missouri, Max covers a variety of topics with a focus on points, miles, and aviation.
Follow
Feb. 26, 2019
•
5 min read 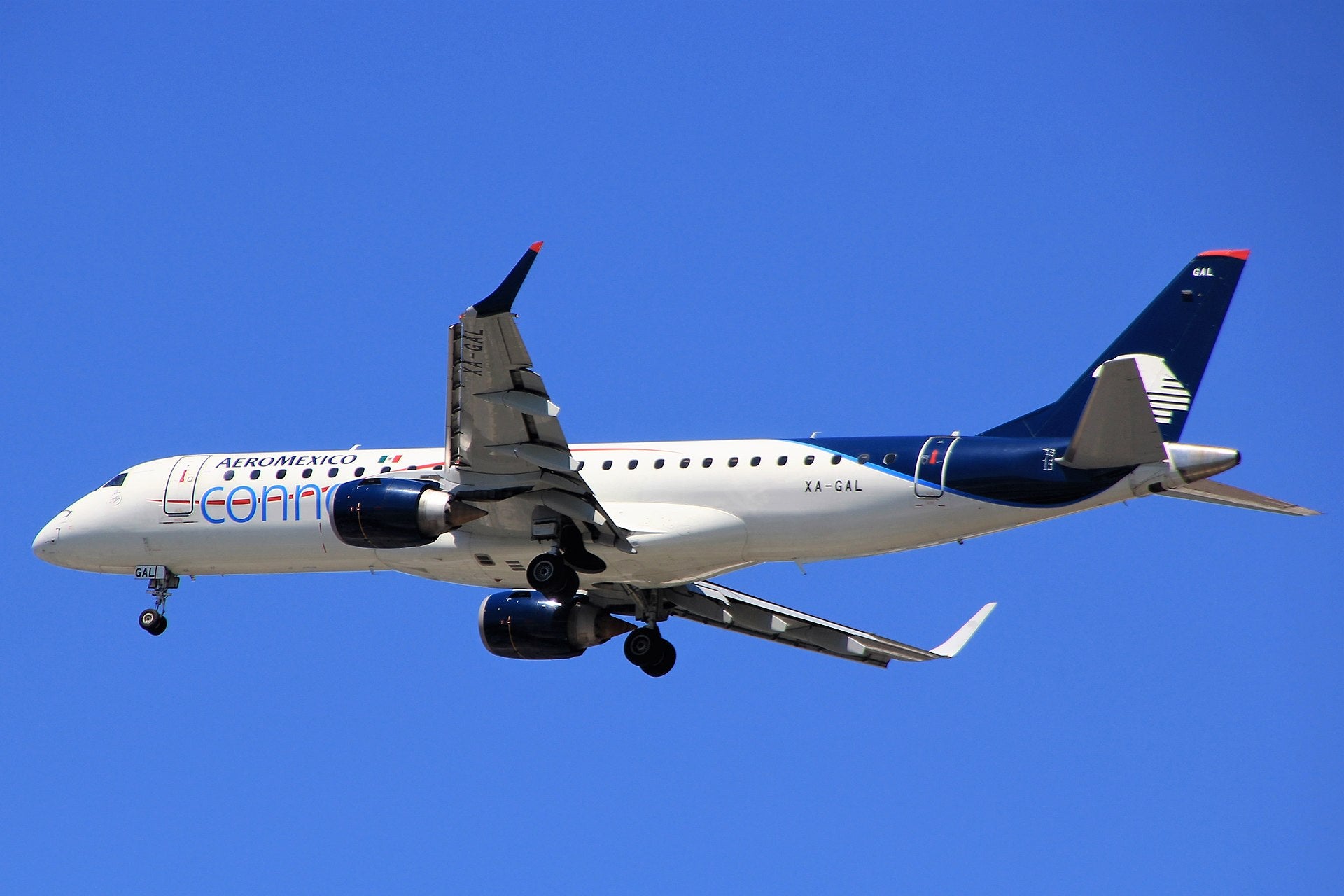 An Unqualified Pilot Was At The Controls When Aeromexico Flight Crashed in July
This post contains references to products from one or more of our advertisers. We may receive compensation when you click on links to those products. Terms apply to the offers listed on this page. For an explanation of our Advertising Policy, visit this page.

Mexico's Directorate General of Civil Aviation has released the agency's final report on the crash of Aeromexico Connect flight AM2431, which crashed shortly after takeoff from Durango, Mexico (DGO) on July 31 last year. The Embraer 190 jet, bound for Mexico City, crashed just moments after takeoff, a few hundred feet from the runway. Though a fire ensued shortly after impact, all 103 occupants survived, with only 14 serious injuries reported.

Now, nearly seven months after the crash, the findings are startling. A pilot who was "not certified and not authorized" to fly the plane was at the controls at the time of the crash, according to a summation of the report published by Contacto Hoy, a Mexican newspaper.

Aeromexico Connect flight 2431 was operated by an Embraer 190 regional jet, a model that's also in service with American Airlines, JetBlue and Air Canada. In addition to the 99 passengers on board, three crew members were on the flight deck and two flight attendants in the passenger cabin. While the E-190 is typically operated with two pilots, there was a third pilot, seated in the first officer's chair next to the captain — even though this was not a training or evaluation flight. The third pilot is described in the report as "crew traveling in the cabin" — in other words, off duty. They should not have been at the controls. This third pilot had more than 3,000 hours of flight, but all in smaller airplanes, and no experience flying the Embraer 190.

While the DGCA's report does cite weather as a factor in the crash, the conditions, though not ideal, should not have kept an experienced crew from safely taking off. The report also cites air traffic control as failing to adhere to established operating procedures. The investigation found that, though the tower was aware of the changing weather conditions, it failed to alert the crew of Aeromexico 2431. The report also cites ineffective communication between both the tower and the crew, and among the pilots, as a factor in the crash.

Arguably the most significant factor leading to the crash was the captain's decision to relinquish the first officer's seat to the third pilot, a trainee who was originally set to observe the flight from the jumpseat behind the captain and first officer. Essentially, the captain failed to follow established operating procedures when allowing a pilot with absolutely no experience with the Embraer E-Jet family to replace the first officer for the takeoff stage of the flight.

The weather at the time of departure was becoming increasingly poor with a squall line approaching the airport as the plane taxied to the runway. Takeoff unfolded normally, and the pilot can be heard announcing a positive rate of climb as the aircraft lifted off from the runway. However, just seconds after the aircraft's wheels had left the runway, a "don't sink" aural warning can be heard in the cabin — essentially the computers warning the humans that they had to climb. The captain assumed control of the aircraft following the warning.

At the same time, the aircraft had detected a potentially dangerous condition known as "wind shear", a sudden gust of wind that has played a part in several crashes — but, possibly because they were busy heeding the "don't sink" warning, the pilots may not have been fully aware of it. They were unable to bring the aircraft to a positive rate of climb again, and the E-190 crashed just after the end of the runway, eventually coming to a rest a few hundred feet past it. The plane caught fire and was destroyed, but everybody managed to evacuate the wreckage alive.

Other factors that the official report notes include a brief power outage at the airport as a result of the severe weather, the crew's failure to account for a wet runway in their takeoff calculations, and a lack of equipment at the airport to detect wind shear.

Though the report was finalized on February 23rd, there have been no reports of any criminal charges against the crew or air traffic controllers. Additionally, neither Aeromexico nor SENEAM, the government agency that operates air traffic control in Mexico, have released an official statement on the DGCA's final report. Aeromexico, it should be noted, remains one of the safest airlines in North America, with its last passenger fatality occurring in 1986.