Do I Have to Book a Premium Economy Ticket to Upgrade to Business Class?

Articles
Ethan Steinberg has been a frequent flier for as long as he can remember. He went from studying abroad in Paris to moving to Shanghai after graduating college, where he covered all things travel in the Asia-Pacific region for TPG.
Nov. 29, 2018
•
4 min read 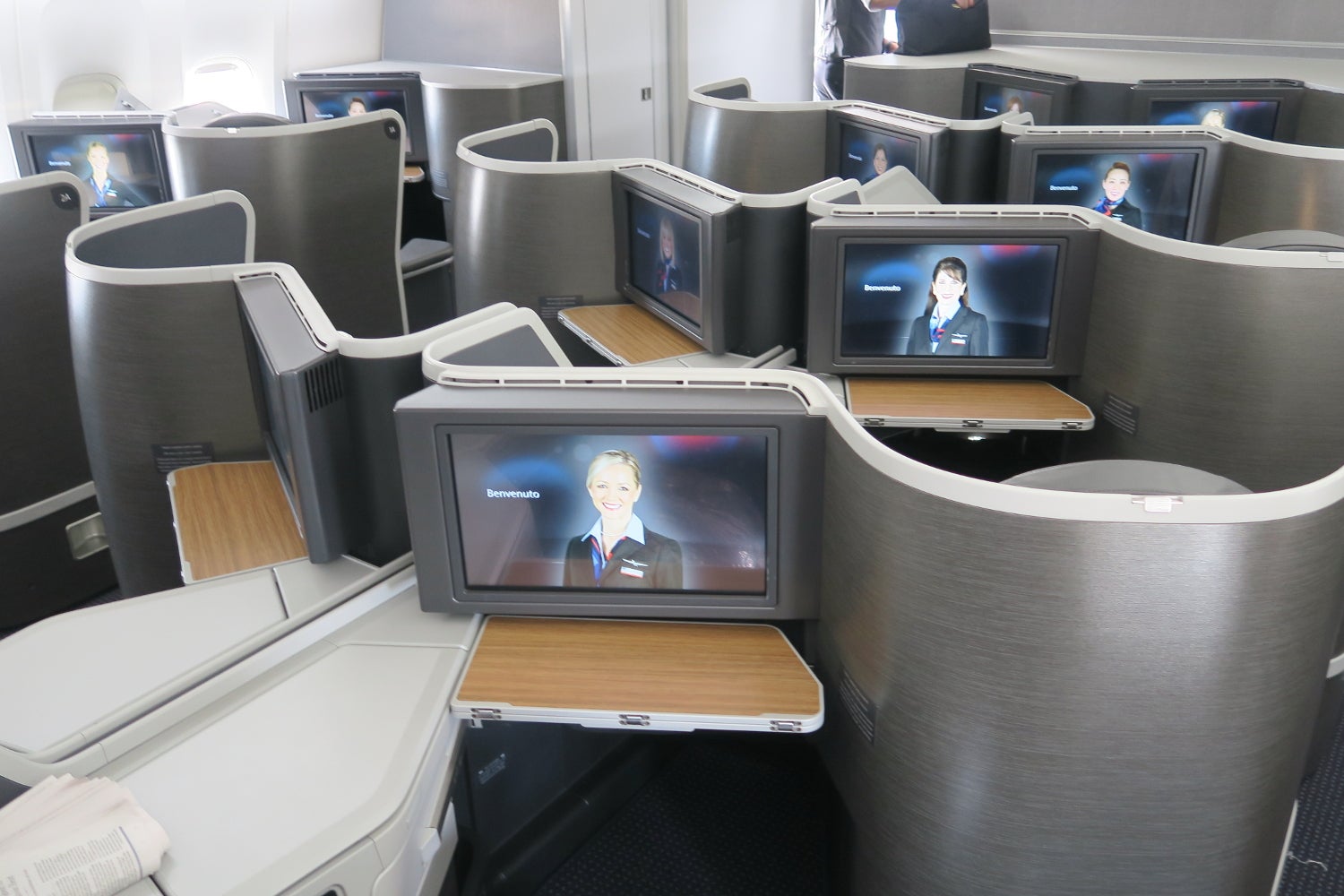 Do I Have to Book a Premium Economy Ticket to Upgrade to Business Class?
This post contains references to products from one or more of our advertisers. We may receive compensation when you click on links to those products. Terms apply to the offers listed on this page. For an explanation of our Advertising Policy, visit this page.

While it often makes more sense to book the flight you want outright (in the cabin you want), it's also possible to use miles or elite benefits to upgrade flights. Maybe you spotted a great cash fare, or someone else like an employer booked the ticket for you. Almost all upgrades bump you into "the next class of service," and TPG reader Jim wants to know how the rollout of premium economy on many airlines affects this:

[pullquote source="TPG READER JIM"]If I want to upgrade an American Airlines flight to London to business class, do I need to buy a premium economy ticket or can I just buy a regular economy ticket? [/pullquote]

There are a few different ways to go about upgrading an American Airlines flight, but in all cases, you can upgrade from economy to business class and skip over the premium economy cabin entirely. However, not all economy tickets are eligible for upgrades.

The simplest way to upgrade a ticket is with miles and a cash co-pay at the following rates:

AA defines discounted economy and premium economy tickets as those with the following fare codes: H, K, M, L, V, G, Q, N, O, S, P and Military or Government fares booked in Y. Full-fare economy/premium economy tickets would have a Y or W fare code. This upgrade would cover a maximum of three segments on a single ticket, subject to availability. Award tickets and basic economy fares cannot be upgraded, and upgrades are only valid on flights marketed and operated by American Airlines or American Eagle.

Maybe Jim is an AA Executive Platinum elite or Million Miler looking to use some of his Systemwide Upgrades (SWUs). While he still couldn't use an SWU on an award ticket, basic economy ticket or partner flight, an SWU would let him upgrade from most economy tickets directly to business class.

Another great option for loyal AA flyers is the Business Extra program, which lets companies earn a separate set of points in addition to AAdvantage miles. You can check out this guide for a full walkthrough of the Business Extra program, and if you're trying to redeem your points for an international upgrade certificate the redemption page clearly spells out which fare codes are eligible and which are excluded.

While I wouldn't be surprised to see this policy change for the worse in the future, at the moment, American Airlines allows you to upgrade directly from most economy tickets straight to business class. While AA is relatively stingy with upgrade space, ExpertFlyer makes it easy to search for and you can even set alerts to notify you if space opens up. You'll want "C" space to upgrade an economy ticket to business, and "A" space to upgrade from business to first class on a three-cabin aircraft (such as AA's 777-300ERs and A321Ts).

Thanks for the question, Jim, and if you’re a TPG reader who’d like us to answer a question of your own, tweet us at @thepointsguy, message us on Facebook or email us at info@thepointsguy.com.