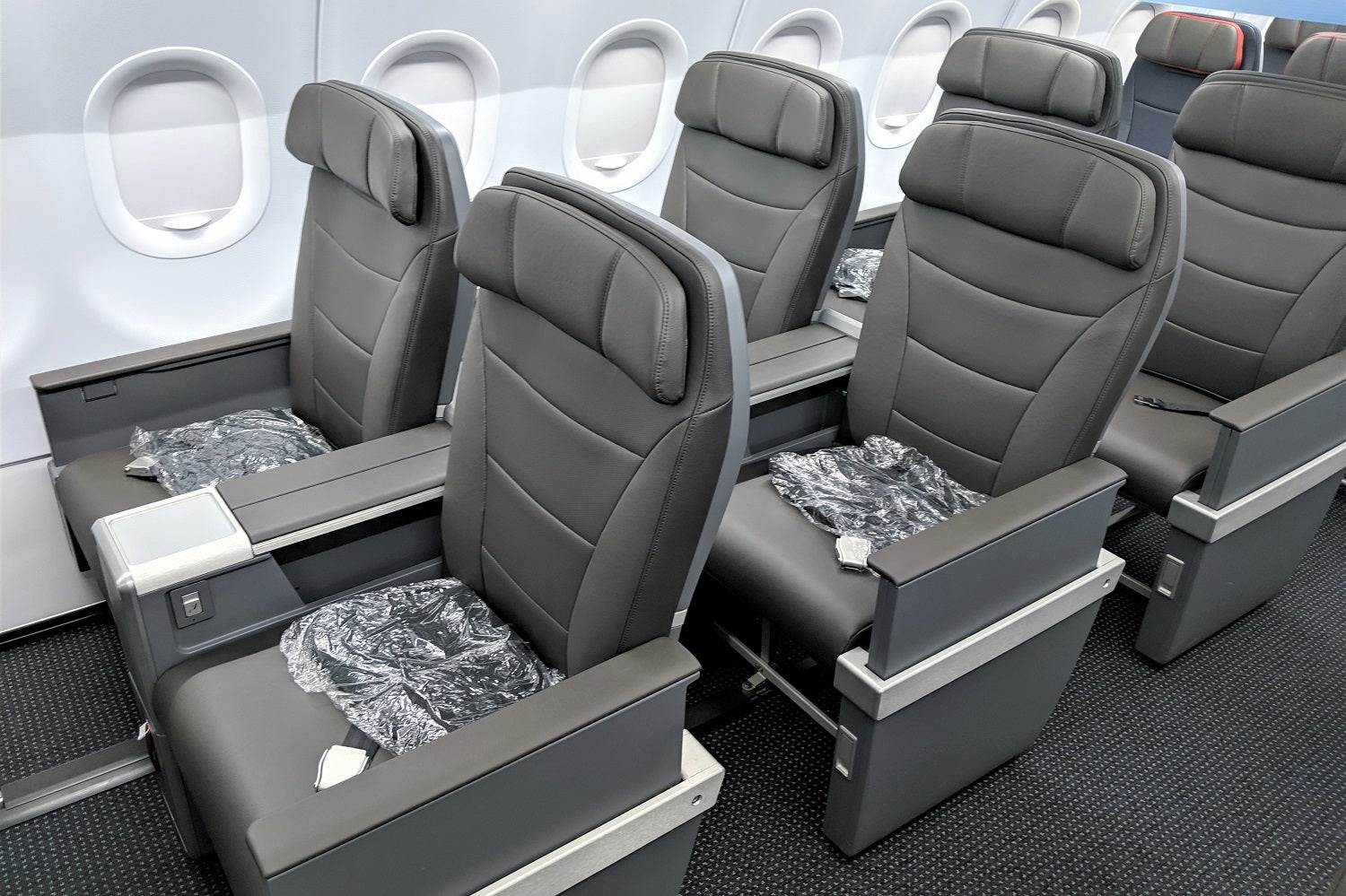 How I Got An American Airlines Gate Agent to Reverse a Wrong Upgrade Decision
This post contains references to products from one or more of our advertisers. We may receive compensation when you click on links to those products. Terms apply to the offers listed on this page. For an explanation of our Advertising Policy, visit this page.

Upgrades: the magical benefit of getting to fly in first class even though you booked economy. Unfortunately, upgrades don't seem to be as easy to get as they used to be, with airlines reducing prices for first class seats and offering cheap cash or mileage upgrades. After all, airlines would rather make money filling those last seats in the forward cabin rather than give them away for free.

Despite the introduction of spending requirements, in addition to mileage, to get airline elite status, there seem to be more airline elites in the skies than ever. That means many mid-tier and low-tier elites may rarely if ever get upgraded. So, when an upgrade seems to be rightfully yours, it's incredibly frustrating to be skipped. That's just what happened this Sunday to my wife Katie on our flight from Los Angeles to Atlanta:

Katie and I were returning from Sydney to Atlanta via Los Angeles on an American Airlines Business Extra award ticket. For all intents and purposes, these award tickets are treated as mileage tickets, meaning you can't use systemwide upgrades to upgrade overseas legs, and most elites won't be able to use their 500-mile upgrades on domestic and North American flights.

This benefit is one big reason I've stuck with American Airlines through some rough times. The ability to book a 8,750-mile Reduced Mileage Awards, get upgraded to first class and have the flexibility to cancel these awards up until the day of travel is essential for our hectic, fluid travel schedule.

Katie and my flights were split into separate record locators. We recommend doing this when elites at a similar level travel together, since AA revenue management is much more likely to release one upgrade at a time than two at the same time. If we're booked on the same record and only one upgrade opens, the system skips us and upgrades the first single traveler.

At four hours to departure, the upgrade list becomes visible in the American Airlines app for the first time. And Katie was #1 on the list with one first-class seat for sale. However, we knew it was far from a foregone conclusion that she'd get the seat. Higher-priority elites could still change onto our flight or the airline could make a last-minute sale.

Sure enough, right at 30 minutes, the gate agent processed the last upgrade... and instead of upgrading Katie, gave it to the #2 person on the list.

So, we approached the gate counter to inquire why Katie was skipped. The gate agent's explanation was that upgrades weren't allowed on mileage tickets, and Katie was on a mileage ticket.

It pays to be informed, and we were. So I calmly rebutted his reason, pointing out that Executive Platinum elites get free unlimited 500-mile upgrades on award tickets.

He looked into the situation and quickly came up with another excuse: upgrades aren't available for companions. That's incorrect, as specifically stated on AA's website: "Companion upgrade benefit: You can also upgrade 1 companion traveling on the same flight if 1 or both of you are traveling on an award ticket."

Even so, Katie wasn't a companion. She was booked as the only passenger on her reservation, and she was at the top of the list as she has Executive Platinum elite status.

Despite knowing we were technically in the right, we were approaching 25 minutes to departure time and knew that AA pushes its gate agents to focus on "D-0" -- departing right on time. In addition, the erroneously-upgraded passenger had already boarded the flight. So, we weren't optimistic for a change but were curious about how the gate agent was going to handle the situation.

Turns out that he did the right thing, at least for us. He un-processed the upgrade for the other passenger and re-processed it for Katie. He reprinted both boarding passes and handed the new boarding pass to another gate agent with instructions to board the plane and downgrade the other passenger. He asked us to wait at the gate while that was taken care of, perhaps to avoid any conflict.

We were very surprised by this outcome. Sure, the agent had processed the upgrade list out of order and it was technically Katie's upgrade to have, but the easiest path forward for the gate agent was to leave it as it was and wish us better luck next time.

There's no guarantee that a similar situation would work out in your favor, but we have a few tips for how to handle this situation if upgrades are important to you.

Know the rules. Upgrade rules can be complicated and vary from one airline to another. Here are our comprehensive guides to getting upgrades:

Know the quirks. Just because it looks like you were skipped on the list doesn't mean that you were actually skipped. There are quirks to keep in mind, such as needing to split upgrade requests on continuation legs. And you might be able to use a Same Day Flight Change to get on a different flight with more upgrade space.

If you're traveling on the same reservation as a fellow elite, especially one that's at the same tier as you, consider splitting your reservation into two separate record locators. When this is done, you'll each clear at your own priority level, which means one person will be further down the list. But if AA only opens one upgrade at a time, the system will skip passengers on the same reservation and upgrade the next solo traveler on the list. Katie and I have found that splitting reservations has really increased our upgrade chances.

Check-in with the agent. As boarding time approaches, I pay close attention to the number of seats still available for sale in business class (via ExpertFlyer) and my position on the upgrade list. If I have a shot at getting a "battlefield upgrade" — one doled out at the gate — I'll approach the gate agent to introduce myself as next on the upgrade list and point out where I'll be waiting if he or she needs me. It only takes a few seconds and the gate agents seem to appreciate the heads up.

Respectfully ask. When we saw the list clear out of order, we could have quietly fumed about it, boarded the flight and fired off an email to Customer Relations. Instead, by approaching the gate agent and respectfully asking about the situation, we were able to figure out what went wrong and give him the chance to address it.

Don't give up prematurely. After we found out that the erroneously upgraded passenger had boarded, it seemed pretty hopeless. But we didn't give up or walk away. Instead, we patiently waited to let the gate agent make a decision about how to handle the situation.

Remain respectful. Sure, you might have a better chance of getting your way if you raise your voice over being wrongfully skipped. But, you're just going to come across as a jerk. It's just a bit more comfortable chair, some free alcohol and a free snack or meal on the same plane. Don't let it ruin your day and don't add to the already tough job of being a gate agent.