Where to next? Airports share their international flight wish lists with us. 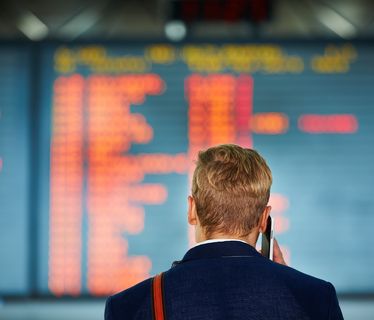 Not every U.S. airport can be an international hub, but it doesn’t stop them from trying to attract those popular flights. Some of the top non-hub U.S. airports have a handful of international flights, but there’s always room for more.

International flights help boost a city’s economic development and give travelers direct service to the cities around the world that they prefer. Cities want these flights to satisfy local businesses and promote tourism.

It can take air service development staff years of wooing airlines, with no guarantee that those flights will land.

Related reading: The Best and Worst US Airports of 2019

TPG reached out to airports to see which international flights they are gunning for in 2020. Here’s what six of them had to say.

For the latest travel news, deals and points and miles tips, please subscribe to The Points Guy daily email newsletter.

Branded as America’s Friendliest Airport®, Sky Harbor has international flights to 23 international destinations from carriers including American Airlines, Air Canada, British Airways, WestJet, Volaris and Condor Airlines. Eurowings will also begin service to Frankfurt in April. These airlines fly mostly to Canada and Mexico, although Sky Harbor does have a BA flight to London. International flights bring in approximately $3 billion a year.

Phoenix Sky Harbor boasts about having one of the fastest customs processing times in the nation among large airports, which is beneficial for international travelers returning home or arriving in Phoenix as their destination.

Destinations on the airport’s wish list include a nonstop flight to Tokyo, while Paris and Amsterdam are its top European targets.

Related reading: These Are the Best (And Worst) Airports for International Flight Deals

Work is underway on a new $1.5 billion terminal that will replace the facility’s aging 1970s three-terminal complex. Among myriad reasons for the new facility is the opportunity to bring in more international service. During the area’s peak summer season, more than 700 daily passengers fly to transatlantic destinations, making the case for more international service.

The airport currently serves Cancun, Puerto Vallarta, Punta Cana and Toronto. Icelandair offered seasonal service in 2018 and 2019, but it was canceled, a casualty of the Boeing 737 MAX grounding.

At the top of Kansas City International Airport’s wish list is nonstop flights to London, Frankfurt, Dublin, Paris and Amsterdam.

Related reading: These are the cheapest (and most expensive) airports in the US

With international flights out of Austin, Dallas and Houston, San Antonio wants its share of the pie. It currently has eight daily flights to Cancun, Guadalajara, Mexico City and Monterrey, flown by Interjet, Aeromexico, Volaris, Southwest and United.

Thanks to half of San Antonio’s market falling under the Hispanic demographic and being a major trade partner, the airport wants to provide connectivity for business travelers, friends, family and trade to Mexico. But it also wants to bring in flights to Frankfurt and London, along with Latin America, the Caribbean and the return of service to Toronto that Air Canada canceled in April 2019.

Related reading: 12 of the most beautiful airport terminals in the world

This former US Airways hub currently has a nonstop flight to London Heathrow on British Airways and seasonal service to Frankfurt on Condor Airlines. Air Canada offers year-round daily service to Toronto and Montreal, plus there’s seasonal flights to the Caribbean on Delta, Southwest and Spirit, complemented by charter service on Apple Vacations and Vacation Express to destinations including Cancun, Punta Cana, Puerto Plata, Montego Bay and Los Cabos. BA’s service to London generates an economic impact of more than $50 million a year alone.

As new companies move into the Pittsburgh region and foreign direct investment increases, the airport wants to serve them by adding service to Canada, Europe and Asia.

Named the Best Airport in North America in the Airports Council International World’s 2018 Airport Service Quality Awards, the city has three nonstop international destinations: Cancun via Delta Air Lines, Frontier Airlines and Southwest Airlines; Toronto on Air Canada; and Paris on Delta. The airport estimates 70,000 passengers have taken advantage of the Paris route between May 2018 and December 2019.

The airport’s wish list is driven by passenger demand, so it’s targeting international flights to major business hubs in Mexico, South America, Canada and Asia, along with more service to Europe.