Articles
Katherine Fan is a former senior travel features reporter at The Points Guy who covered everything from personal finance to travel and aviation.
Dec. 03, 2018
•
3 min read 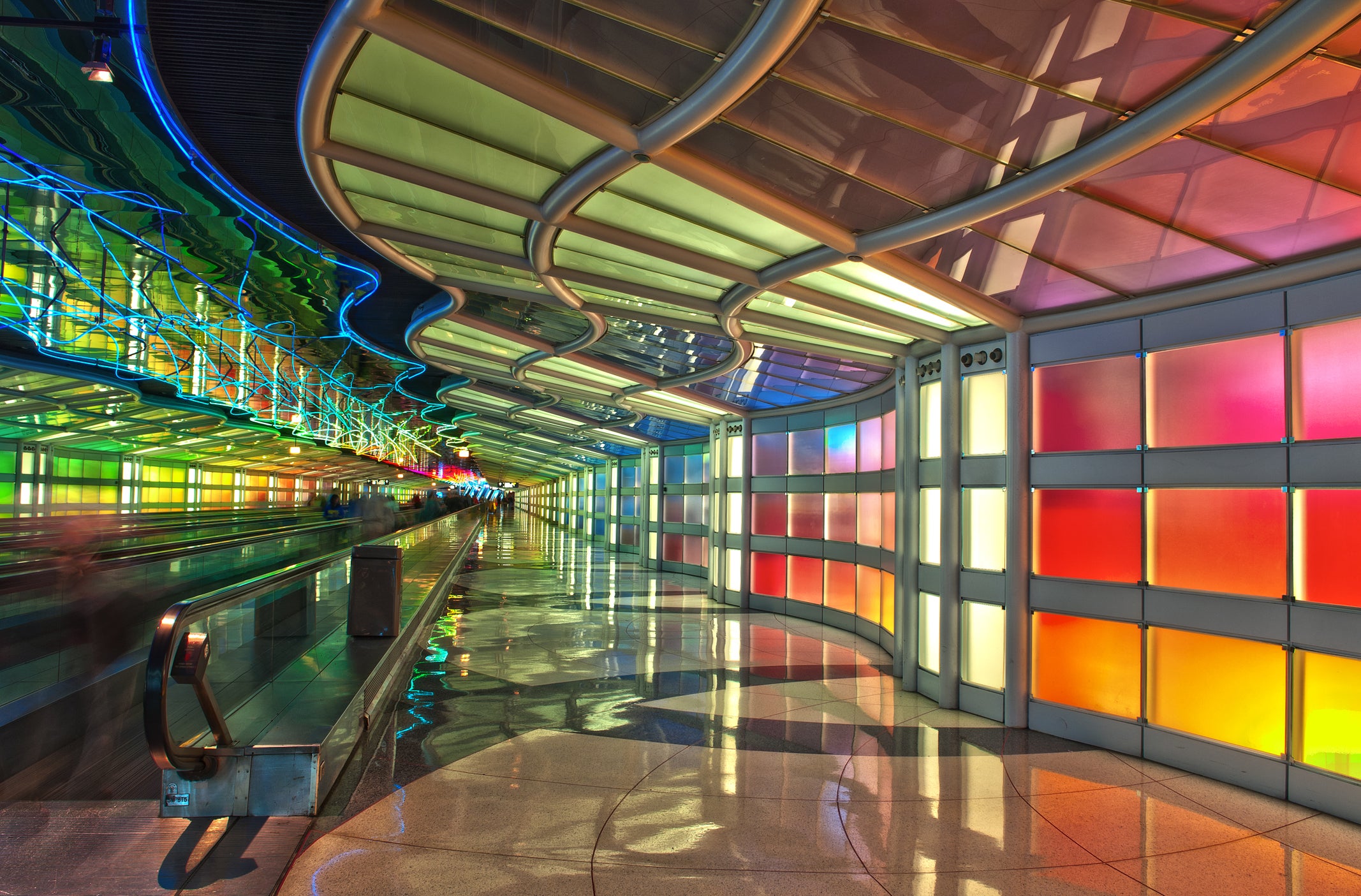 Airline Left Woman Stranded in Airport Wheelchair Overnight
This post contains references to products from one or more of our advertisers. We may receive compensation when you click on links to those products. Terms apply to the offers listed on this page. For an explanation of our Advertising Policy, visit this page.

December 4, 10:30 am ET update: Security camera footage and airline call records show that Olimpia Warsaw only spent two hours in Chicago O'Hare between the time her flight was canceled and when family members picked her up later that night.

Olimpia Warsaw, 67, suffers from Parkinson's and diabetes and also has trouble walking. Last week, Warsaw flew from Detroit to Chicago to attend her ex-husband's funeral. First, American Airlines lost Warsaw's luggage on the outbound route, forcing her to skip part of the funeral in order to track down appropriate replacement clothing for the service.

Then on her return flight home, her son, Claude Coltea, wheeled his mother all the way to her gate and delivered her into a gate agent's care before heading to his own gate on a slightly later flight.

"I walked with her all the way to her gate," Coltea told CBS Chicago. "I confirmed with the gate agent that the flight was on time. Everything was OK. She said, 'Yup, all’s fine. We’ll take good care of your mom'."

But Warsaw's flight was canceled soon after Coltea left, and American Airlines assigned her a porter and offered Warsaw a hotel room for the night. However, the employees didn't help her figure out the logistics of getting to the hotel, and she wasn't able to arrange her own transportation because she has difficulty communicating. To make matters worse, the porter ended his shift and didn't know what to do with her, so he just left Warsaw there to fend for herself. Furthermore, the airline never notified Coltea of his mother's whereabouts, leaving the family frantically calling the airport for hours before O'Hare security was able to track Warsaw down.

Security camera images depict Warsaw alone in her wheelchair, still dressed in her funeral service clothes. “She actually had to find a random passenger to help her out just to go to the bathroom because the porters had already left for the night,” said Julian Coltea, another family member.

Claude Coltea said American Airlines, and specifically the assigned porter, failed his mother. "All we wanted was someone to pause and say 'You know what, can we just make sure this human being is safe and then we can all go home," Coltea said. "Not one person did that." Julian added, "I really think [AA] need[s] to revisit [its] policies for dealing with the elderly, for dealing with the disabled."

"The American Airlines team is deeply concerned about what occurred Friday evening at Chicago O’Hare," the airline said in a statement to TPG. "This is not the level of service we aspire to provide to our customers, and we apologize to Ms. Warsaw and her family for letting them down. We have launched an investigation with our Chicago team and the vendor we utilize that provides wheelchair services at O’Hare. While this investigation is still underway, we are already developing a process with our vendor to ensure this does not happen again. Our customer relations team has spoken with the family multiple times, and other team members met with the family in Chicago and Detroit on Saturday. American has also refunded the ticket."

According to the Open Doors Organization and the Travel Industry Association of America, 72% of adults with disabilities report major obstacles with airlines, while 65% reported issues with airports.

In 2016, airlines reported 32,445 disability-related complaints, according to the DOT.