Steer Clear of Syria or Risk Getting Shot Down, Group Warns Airlines

Articles
Alberto Riva Alberto runs our flight reviews and oversees special projects across several verticals. Previously, he was the managing editor of Vice News and worked at Bloomberg and CNN, where he was constantly trying to convince people to do more stories about airplanes. He speaks Italian, French and Spanish and one day he’ll be better at German.
Follow
Sept. 21, 2018
•
4 min read 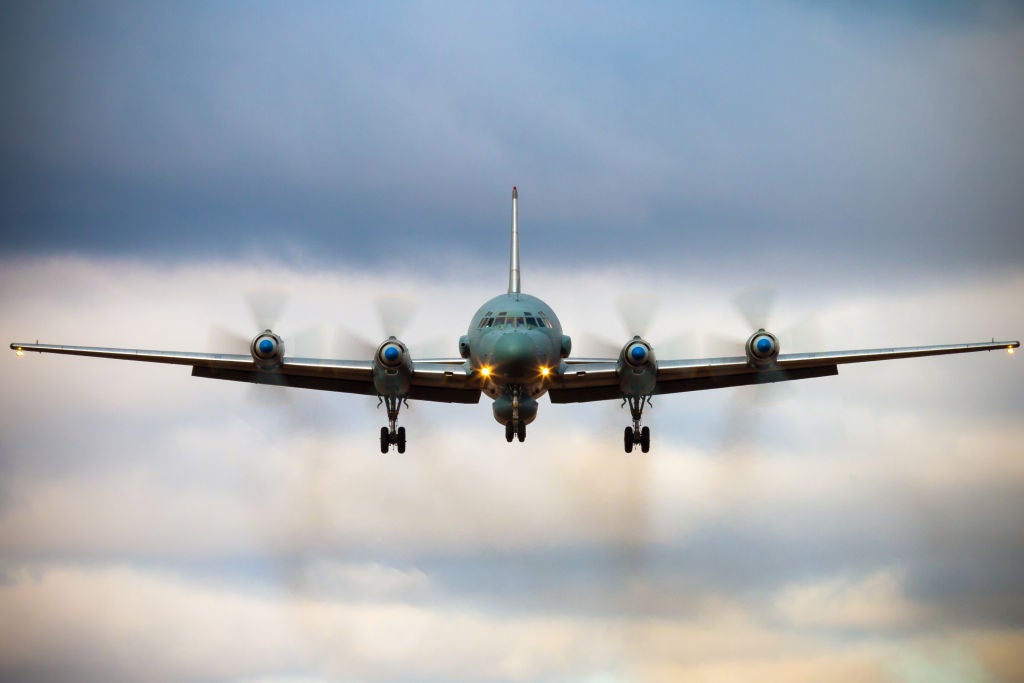 Steer Clear of Syria or Risk Getting Shot Down, Group Warns Airlines
This post contains references to products from one or more of our advertisers. We may receive compensation when you click on links to those products. Terms apply to the offers listed on this page. For an explanation of our Advertising Policy, visit this page.

The skies over the eastern Mediterranean Sea are so dangerous, because of the Syrian war, that commercial planes risk being shot down if they do not steer clear of the area. That's the warning coming from a group of aviation professionals including pilots and flight dispatchers, which has told its members to "reconsider" flying there. According to OPSGroup, the situation is so bad it is reminiscent of the days before Malaysian Airlines flight MH17 was shot down by an anti-aircraft missile in Ukraine in 2014, with the loss of 298 lives.

Warplanes from several countries are bombing targets in Syria, leading to an extremely confused picture. The US-led coalition against the so-called Islamic State is targeting the remnants of the group; the Syrian air force and its ally Russia are also bombing ground targets; and Israel often conducts airstrikes against targets in Syria it deems a threat to its national security, for example shipments of weapons from Iran to the Lebanon-based Hezbollah militia.

The militaries involved in this dangerous dance have so-called "deconfliction agreements," essentially ways to communicate about each other's plans so, for example, the Russians don't shoot at the Americans inadvertently. On Monday, the system did not work, and an unarmed Russian military reconnaissance plane was shot down during an airstrike on Syria by Israeli F-16 fighters. The culprit was a Syrian anti-aircraft missile intended for the Israelis, according to an investigation by the Israeli military reprised by local media. Russia did not dispute its findings.

The shootdown, which killed all the 15 Russians on board, happened west of the Syrian city of Latakia over the Mediterranean, close to a busy flight route known as UL620, highlighted in orange in the map below. Other flight routes in orange are also close to where additional military planes and drones were shot down this year. And it takes just one errant missile to cause a disaster.

A major problem, at least according to the Israeli investigation, is that the Syrian military is firing enormous amounts of anti-aircraft missiles.

On Monday, the Syrians fired dozens of anti-aircraft missiles for more than a half an hour, a major change from the tactics they have usually employed so far against Israeli warplanes. Syrian anti-aircraft batteries used to fire just a few missiles, probably in fear that the Israelis would pinpoint any active missile launch sites and destroy them. But in February, Syria managed to hit an Israeli Air Force F-16 with a barrage of missiles, the first time it scored a kill against an Israeli warplane since 1982. Subsequent Israeli air attacks on Syrian territory have been met by volleys of dozens, even hundreds of missiles, often advanced and extremely lethal models provided by Russia.

Israel's fighter-bombers employed in raids against Syria are equipped with sophisticated electronic counter-measures to help defeat the missiles, and if that fails, they can maneuver aggressively to avoid being hit. Those options weren't available to the big, lumbering Russian plane that was hit on Monday — much less to civilian airplanes that would fly unaware and unprotected through potential mayhem, sitting ducks in hostile skies.

Flight-tracking site FlightRadar24 showed that on Friday, around 6:00pm local time, there were several flights from different airlines using the air routes near areas that OPSGroup considered dangerous. They were headed to and from Beirut, Lebanon (BEY), and Larnaca, Cyprus (LCA.)

OPSGroup minced no words in warning its members.

"On Monday a Russian aircraft was misidentified and shot down by Syria. We believe this changes the airspace risk significantly," writes the group in a PDF document emailed to members. "In simple terms, if you find yourself planned [to fly] overwater east of Cyprus, reconsider your route."

"Big airlines are changing their routes — but nobody else is," said the group. "This is identical to the sequence of events that led up to MH17."