Articles
Summer Hull , aka Mommy Points, ran the Mommy Points site for families who want to travel more for less using miles and points for seven years. She now heads up a variety of special projects at TPG when she isn't exploring the world with her own two girls.
Follow
Aug. 23, 2018
•
6 min read 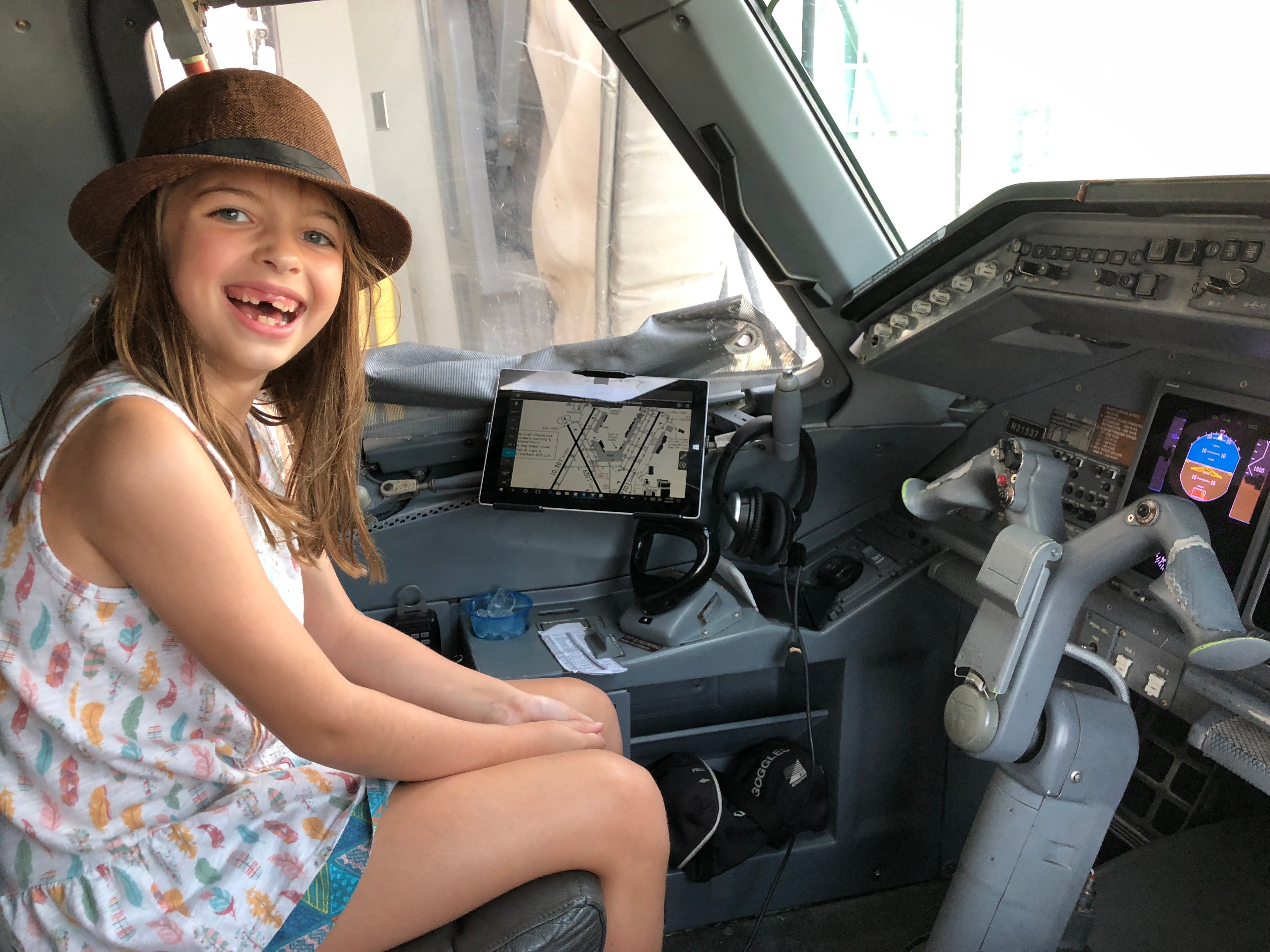 An Airline Handed Out 'Future Captain' Stickers to Boys, 'Future Cabin Crew' to Girls
This post contains references to products from one or more of our advertisers. We may receive compensation when you click on links to those products. Terms apply to the offers listed on this page. For an explanation of our Advertising Policy, visit this page.

It is 2018, but according to Women in Aviation Worldwide, female airline pilots in the US still only represent 7% of the total number of pilots in the country. Of course, that would mean that men make up 93% of the total number of pilots flying our planes. I've seen some worldwide stats that aren't significantly different when you take a global view. The Woman in Aviation Worldwide group also states that in the US women hold over 79% of the flight attendant roles. In my observations on hundreds of commercial flights taken over the last several years, those stats align with my experiences.

Even though those are just US numbers, it's clear that there is large gender gap amng pilots. And it won't change until behaviors by some airlines change too. TUI Airways, the third largest airline in the UK, has been handing out stickers labeled "Future TUI Cabin Crew" and "Future TUI Captain" according to gender: according to passengers on social media, on some TUI flights boys got the Future Captain stickers and girls the Future Cabin Crew ones.

The TUI Airways kid-friendly stickers themselves are a cute, gender-neutral and a fun way for the crew to engage some of the youngest travelers. The issue some travelers have aren't with the TUI stickers themselves, but how they were reportedly being assigned to children based on gender.

To be fair, based on social media responses, the stickers were seemingly not passed out based on gender on all TUI Airways flights.

This is what TUI told us in response to anm emailed question:

“We’re sorry to hear a small number of customers have been upset by this. We think it has just been a simple mix-up since our future pilot and cabin crew stickers are designed for use for any child regardless of gender. The stickers are part of our activity packs which are intended to be used by crew to interact, engage with and create special moments for our customers on their holiday. The feedback we’ve had so far this summer has been overwhelmingly positive. Children fall in love with flying when they go on their holidays with us and we want to encourage their dreams of becoming future pilots and crew members.”

As a mom of two frequent-flying girls, I like to think that if I saw "future captain" stickers or anything similar being handed out in a gender-assigned way, I would notice it and do my best to correct the situation. The easiest solution is that the child simply chooses which sticker they want, if any. However, a sticker alone isn't going to overwrite what children are seeing onboard their flights. More often than not, women are indeed working as flight attendants and men are flying the planes.

There is nothing at all wrong with aspiring to be a flight attendant, but I don't want my own daughters to feel like they are limited to roles that were traditionally held by women. A sticker isn't going to choose a career path, but small, subtle pushes in one direction or another can have a cumulative impact.

The Future of Aviation Can Be Female

If you want your girls to know they can do anything related to aviation they may desire, here are some things to share with them.

Many airlines have operated all-female flight crews that can serve as encouragement for our future female pilots and leaders. The airlines who have recently publicized all-female crews include British Airways, Emirates, EasyJet, Southwest, United and Alaska Airlines. In fact, on Mother's Day of this year, Alaska Airlines operated their first all-black female flight crew. Your best odds of running into a female pilot on a US airline look to be at United, which has the highest percentage of female pilots at 7.4%.

It isn't just commercial airlines where all female flight crews are happening, as the first hurricane-hunting mission piloted by an all-female flight crew took place in Hawaii earlier this month. Then of course, there is the story of Southwest 1380 that was landed by Captain Tammie Jo Shults despite its blown engine and damage to the fuselage.

Instagram isn't all bikinis and tropical drinks on perfect beaches. The social media platform can also be a great source of inspiration for our next generation of female pilots. If you are looking to follow some of them ilots on Instagram, we have a few suggestions.

Get in the cockpit

Seeing a female pilot on the internet is one thing, but sitting in the captain's chair is another entirely. During boarding, you can ask the pilot or flight crew if your child is able to briefly visit the cockpit. The answer may not always be yes, but pilots often seem more than willing to help inspire the next generation.

The good news is that the percentage of student pilots in the US who identify as female is 12.49%, which isn't great, but is better than the 6-7% numbers you will find for current female pilots. I don't have any idea what my daughters will be when they grow up, but they need to know that the sky is the limit -- regardless of what any sticker may say.

Related stories
Chase Sapphire Preferred vs. Chase Sapphire Reserve insurance benefits – Which is better?
The complete guide to the Expedia Rewards loyalty program
Not as simple as it seems: How to use JetBlue Travel Bank
The best credit cards for extended warranties
Featured image by Cockpit visits are always special

Our points-obsessed staff uses a plethora of credit cards on a daily basis. If anyone on our team wouldn’t recommend it to a friend or a family member, we wouldn’t recommend it on The Points Guy either. Our opinions are our own, and have not been reviewed, approved, or endorsed by our advertising partners.
See all best card offers
Related stories
News
Chase Sapphire Preferred vs. Chase Sapphire Reserve insurance benefits – Which is better?
Guide
The complete guide to the Expedia Rewards loyalty program
Guide
Not as simple as it seems: How to use JetBlue Travel Bank
Guide
The best credit cards for extended warranties