Articles
Zach Honig is Editor-at-Large at TPG, with contributions ranging from articles digging deep on loyalty programs and credit cards to delivery flight coverage to drone photography and much more.
Follow
May 21, 2019
•
6 min read 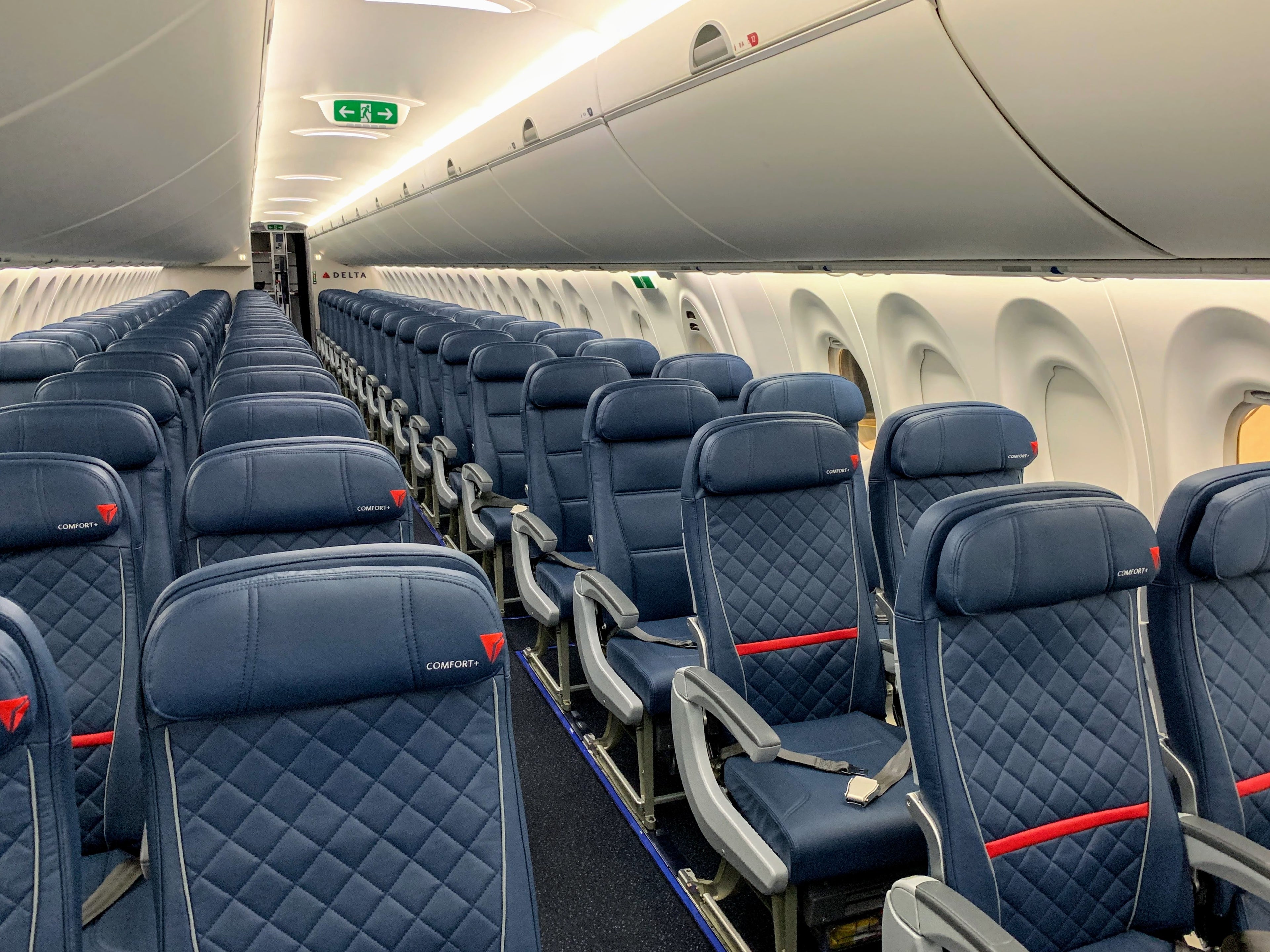 Airbus A220 Range Expansion Could Boost Transatlantic Travel
This post contains references to products from one or more of our advertisers. We may receive compensation when you click on links to those products. Terms apply to the offers listed on this page. For an explanation of our Advertising Policy, visit this page.

In 2021, JetBlue plans to introduce its first transatlantic flights, operated by a new addition to the airline's fleet: the Airbus A321LR. But that's not the only new narrow-body Airbus aircraft that could comfortably make the trip.

As announced at Airbus' Innovation Days event in Toulouse, France, on Tuesday morning, beginning in the second half of 2020, the far-smaller A220-100 will get a 5,000-pound maximum-takeoff-weight (MTOW) boost, enabling more fuel storage and ultimately more than 515 miles of additional range, for a total of 3,900 miles. The A220-300 will see a mild increase as well, jumping from just shy of 3,700 miles to 3,850. In addition to its long-range A321s, JetBlue has signed on for 60 Airbus A220-300s, primarily intended to replace the carrier's Embraer 190 fleet.

Both MTOW increases add a comfortable margin for shorter transatlantic routes, theoretically enabling carriers to operate full cabins across the Atlantic with a smaller plane. The A220 allows airlines to "test the waters," so to speak, in a new market with an aircraft that offers a seating capacity in the 100-150 range. Heathrow (LHR) slot limitations do maintain a barrier to entry, of course, though carriers could choose instead to fly to a less expensive London airport, such as Gatwick or Stansted.

The distance between New York and London, one of the two routes JetBlue has announced plans for, is 3,451 miles, according to the Great Circle Mapper website.

As for the A220, there's potential for service on numerous routes between the US Northeast and Western Europe, though fuel reserve requirements may be a factor for some. Some of the routes below might not be viable when facing greater westbound headwinds in the winter, for example, though payload restrictions or suspended routes could compensate when leisure demand is lower during the off-peak winter months.

Just because the aircraft can fly across the Atlantic doesn't mean that it will. I had a chance to chat with Airbus Chief Commercial Officer Christian Scherer about the A220's viability in the transatlantic market. Naturally, as Airbus' sales chief, Scherer emphasized interest in the company's larger (and more expensive) narrow-body aircraft, the A321neo.

"I think you're gonna see quite a bit of single-aisle traffic on the transatlantic, but it'll be with the larger module, typically (the) 321. Before we see too many 220s, I think you're going to see many more A321s flying the North Atlantic or the South Atlantic for that matter."

That said, some carriers already have introduced narrow-body flights between the Northeastern United States and Europe, albeit with the higher-capacity (and currently grounded) Boeing 737 MAX. Norwegian had used the plane to add flights to smaller regions at a rapid pace, though the carrier is less focused on growth at the moment, following recent fleet and financial challenges.

Air Canada had used the MAX for flights between Halifax (YHZ) and St. John's (YYT) and London as well, and it remains unclear when 737 service could resume on those routes. The A220 could prove a short-term alternative, assuming passengers aren't comfortable traveling on the MAX once it returns to service.

Asked if the current MAX grounding could create a market for the A220 for transatlantic travel, Scherer wasn't especially optimistic there, either. "An anecdotal opportunity like this doesn't make a strategy," Scherer said. "Airlines will find capacity where they find capacity, but does that mean that all of a sudden you have a huge shift and you're gonna see 140, 150-seat airplanes doing the transatlantic? I don't think so. Maybe short-term, maybe some will stick, demonstrating the capability of this airplane because it has that range, but fundamentally I think you're going to see more larger aircraft, 320, 321-size doing that."

Of course, Airbus would need to secure ETOPS-180 approval from the US and Europe before the A220 can fly passengers across the Atlantic. So far, only Canadian authorities have approved long overwater routings. Scherer didn't have anything to announce on that front, but once ETOPS approval finally arrives, we could see Airbus make a bigger push for the A220 as a long-haul international player.

The other question relates to passenger comfort. Though flyers are far more sensitive to price and flight timing than the type of aircraft, those in the know may assume that a 100-seater won't offer a comfortable ride across the Atlantic.

TPG's resident Delta expert Darren Murph had a chance to travel on the carrier's new A220-100 in Comfort+, after experiencing the airline's extra-legroom product on countless other flights. Murph said "18.6 inches of seat width makes a noticeable difference in roominess. This is certainly the most spacious and comfortable Delta Comfort+ seat I’ve ever sat in."

While he seemed especially pleased after his four-hour Delta trip, it remains to be seen how the product will perform on an eight-hour westbound long-haul.

For me, I think I'd rather fly in economy on an A220 than on a far-larger Boeing 777. Many airlines have begun adding one seat to every row of coach, for a 10-abreast, 3-4-3 configuration. I'd much prefer an 18.6-inch seat on a single-aisle plane over a 17.1-inch seat on a United 777-200, assuming seat pitch doesn't take a hit — especially considering the A220's other passenger-comfort boosts, including a wider aisle and (relatively) spacious lavs.

Personally, I'm excited about the prospect of A220 transatlantic travel — a smaller, more cost-effective aircraft could open up new nonstop service that would never have been financially responsible before, similar to how carriers have made use of the Dreamliner's efficiency. Whether this small single-aisle Airbus actually does expand transatlantic travel of course remains to be seen. But I'm at least a little optimistic, even if the company's sales chief is not.