Airbus A220 picks up another new airline customer

Articles
Ben Mutzabaugh is the senior aviation editor and heads TPG’s airline coverage. Ben joined TPG in March 2019 after nearly 19 years at USA Today, where he launched the long-running, industry-leading Today in the Sky blog in 2002.
Follow
Oct. 14, 2019
•
3 min read 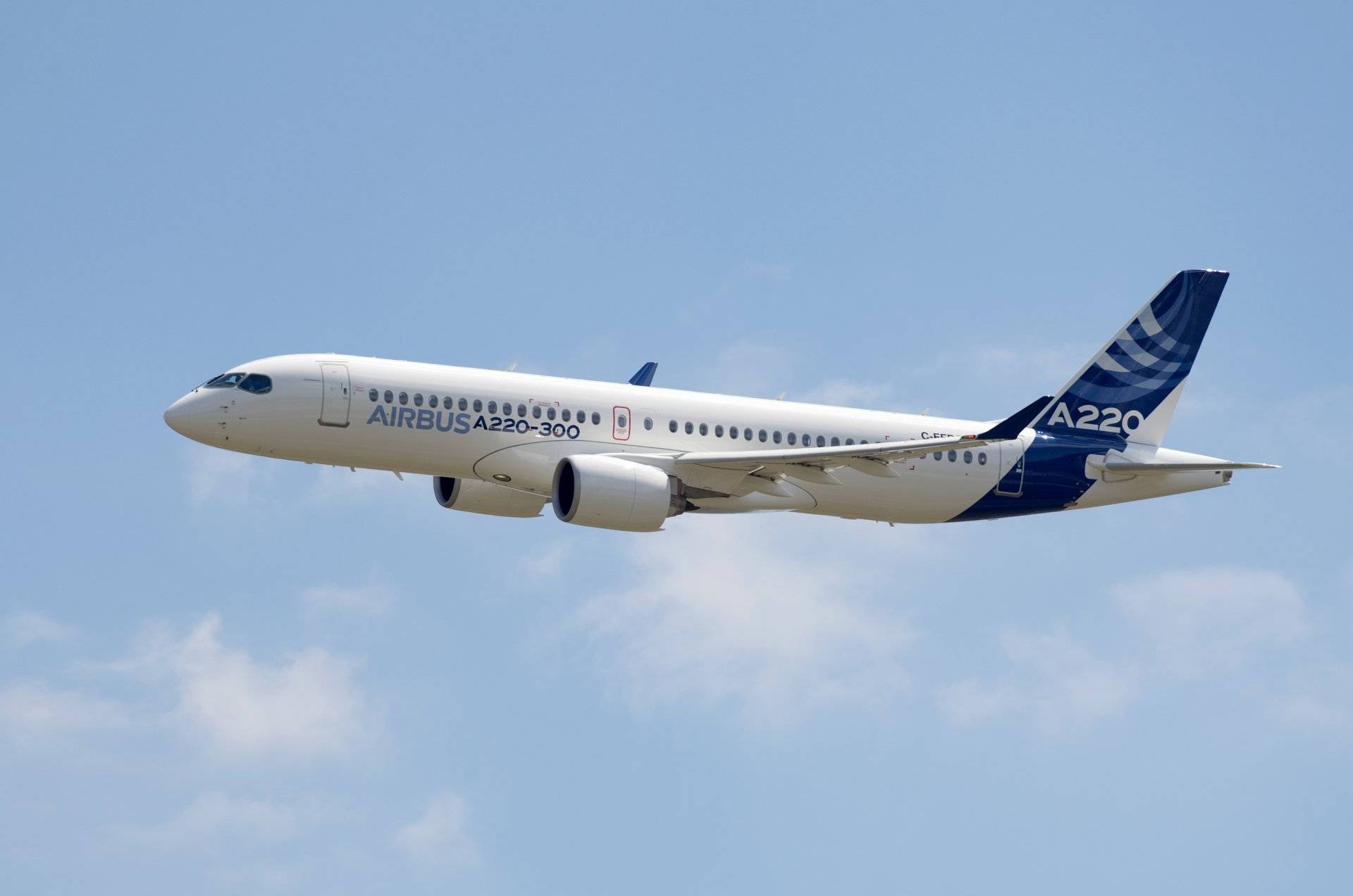 Airbus A220 picks up another new airline customer
This post contains references to products from one or more of our advertisers. We may receive compensation when you click on links to those products. Terms apply to the offers listed on this page. For an explanation of our Advertising Policy, visit this page.

The Airbus A220 has become a popular choice for travelers and now airlines seem to be slowly coming around on the jet.

Tiny carrier Air Austral became the latest to order the A220, announcing Monday that it had placed a firm order for three A220-300s. Airbus says the deal makes Air Austral the first airline in the Indian Ocean region to order A220s.

Air Austral, which once had plans to order an 840-seat Airbus A380 in all-coach layout, is based in the French island territory of Réunion that sits off the coast of Madagascar.

The carrier files from Réunion to Indian Ocean destinations that include India, Madagascar, the Seychelles and South Africa, among others. It also flies long-haul routes, including flights to Paris.

Its order for the A220 is for the larger of the two variants, the A220-300. Air Austral says it will configure the jets with 132 seats, including 12 “Confort Class” premium economy seats.

“The economic and operational performance of the A220 opens new possibilities for the development of our regional network from our main base — Réunion Island — in an efficient and rational way,” Air Austral CEO Marie-Joseph Malé said in a statement. “The 132-seat capacity module, which is more flexible, will allow us to increase our frequencies while offering more comfort to our customers and crews.”

Christopher Buckley, executive vice president/commercial at Airbus, called it “a great honor that Air Austral will be the first A220 operator in the region.”

However small Air Austral's order, it's a win for the A220 program.

Related: How Much Does It Cost to Fuel up an Airliner?

The A220 was initially known as the CSeries when it was launched under Bombardier, but delays, cost overruns and slow sales nearly sank the jet.

The aircraft received a lifeline in April 2016, when Delta Air Lines announced a large A220 order. Since then, Airbus bought a majority stake in the CSeries line and rebranded the plane as the A220.

Sales for the jet have picked up and in the U.S., notable recent orders have come from JetBlue – which will use the A220 to phase out its E190s – and from Moxy, the start-up budget airline planned by David Neelman, JetBlue's founder and a serial airline entrepreneur.

All told, Airbus now has received more than 500 orders for the A220.

The plane has won high marks from passengers for comfort. There are fewer middle seats -- the cabin is arranged in a 2-3 layout in economy -- and windows are bigger than in regional jets that the A220 is replacing.

At Delta the A220 is picking up a number of routes previously flown by smaller regional jets – meaning that customers who have endured cramped cabins are now in the more spacious A220.

Related: Love at first flight: Why I’m a fan of Delta’s Airbus A220

Featured image by Airbus A220-100 (Image courtesy of Airbus)

Our points-obsessed staff uses a plethora of credit cards on a daily basis. If anyone on our team wouldn’t recommend it to a friend or a family member, we wouldn’t recommend it on The Points Guy either. Our opinions are our own, and have not been reviewed, approved, or endorsed by our advertising partners.
See all best card offers
Related stories
Guide
Wells Fargo Autograph Card review: Quality perks with no annual fee
News
Use this Amex Offer for a free meal worth $50 — or maybe more with referrals
Guide
The best ways to use your Chase 5/24 slots
Deals
Norse Atlantic deal: Fly to Europe for as low as $129 one-way