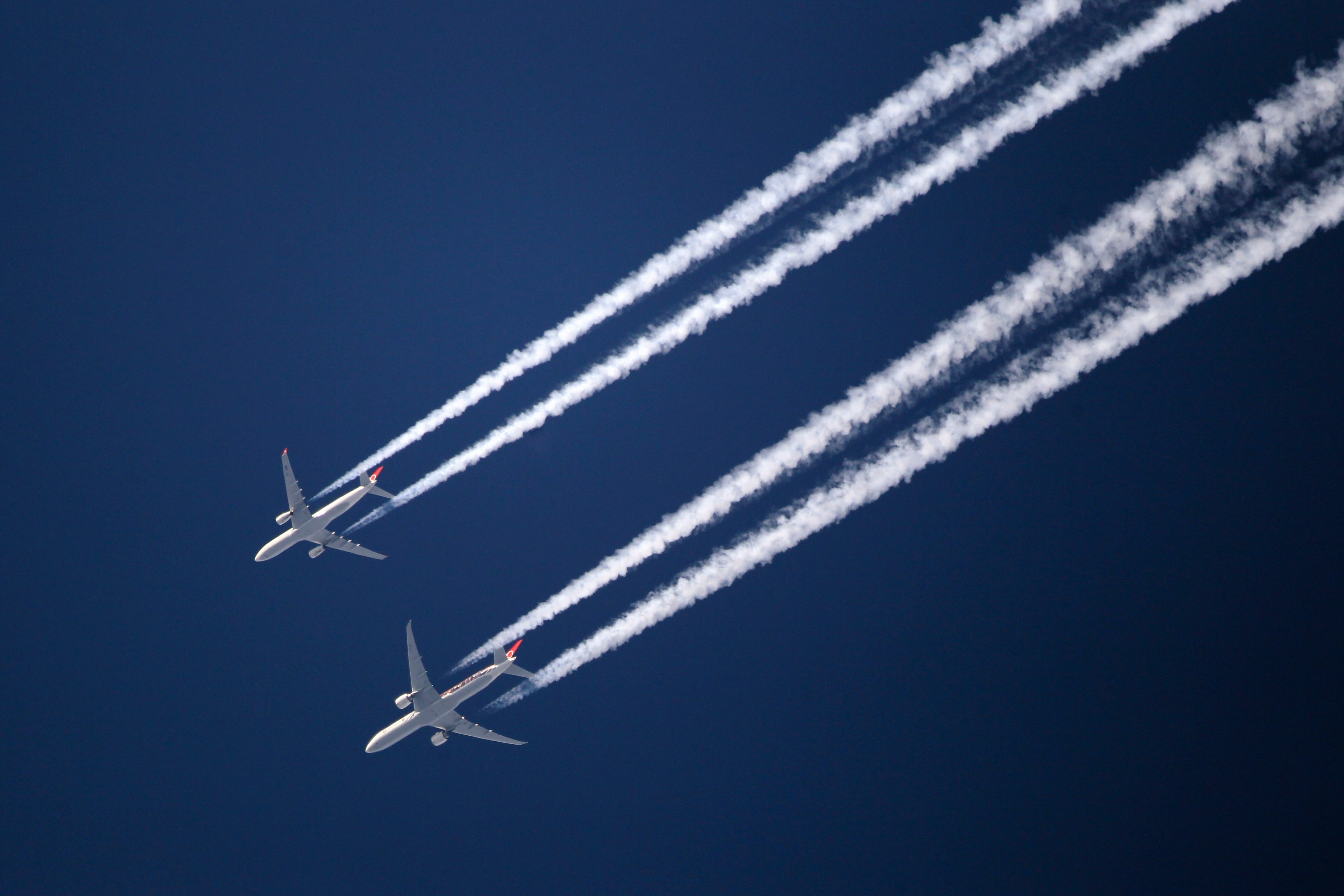 Air Travel Primary Driver Behind US' Increased Carbon Emissions
This post contains references to products from one or more of our advertisers. We may receive compensation when you click on links to those products. Terms apply to the offers listed on this page. For an explanation of our Advertising Policy, visit this page.

A record number of coal plants closed in 2018, and cars have become more efficient, but a strong economy has led to a significant growth in demand for air travel, which in turn became a primary cause for the increased emissions.

The Rhodium Group conducted a preliminary study on US Emissions Estimates in 2018 and found that the transportation sector held its title as the leading source of CO2 emissions.

"Robust growth in demand for both trucking and air travel increased demand for diesel and jet fuel by 3.1% and 3.0%," the Rhodium Group's report stated.

Since 2016, the transportation industry has produced the most carbon dioxide, even more than power industry, which had held the title since 1990. Rhodium says that transportation emissions grew by 1% in 2018, about the same as 2017's growth rate.

With a strong economy and airfares at an all time low, it makes sense that emissions from air travel are on the rise. Low-cost carriers continue to pop-up around the US making flying accessible to anyone with $20 in their wallet. Passenger numbers are higher than ever too: The US had nearly 1 billion people in the skies in 2017.

Between 2009 and 2017, the US Department of Transportation says the number of airline passengers in the US rose by 22.4% to 971.6 million, with more than 10 million scheduled passenger flights yearly.

While aircraft have become more fuel efficient over the last decade, more and more planes enter the skies every year, and they still have a long way to go before they become green. Atmosfair, a German environmental nonprofit organization, recently released a report saying that US airlines are getting worse at emitting CO2, and it estimates that air travel accounts for about 2% of the world's overall carbon dioxide emissions.

The rise of fuel efficient cars has lead to a drop in the demand for gasoline, and those improvements were somewhat accelerated by government regulations that forced car manufacturers to improve vehicle fuel standards. However, Rhodium points out that air travel and freight get less attention from policy makers, considering aircraft are much more challenging to decarbonize.

Fortunately there are ways to offset your carbon footprint when taking flights, like purchasing carbon offsets through airlines. Researchers have found other ways for airlines to reduce emissions, even things as simple as making small vertical or horizontal adjustments to routes or switching to biofuels. The UN praised carriers like TUI Airways, which uses efficient aircraft (like the 737-800) that are usually completely full with passengers.